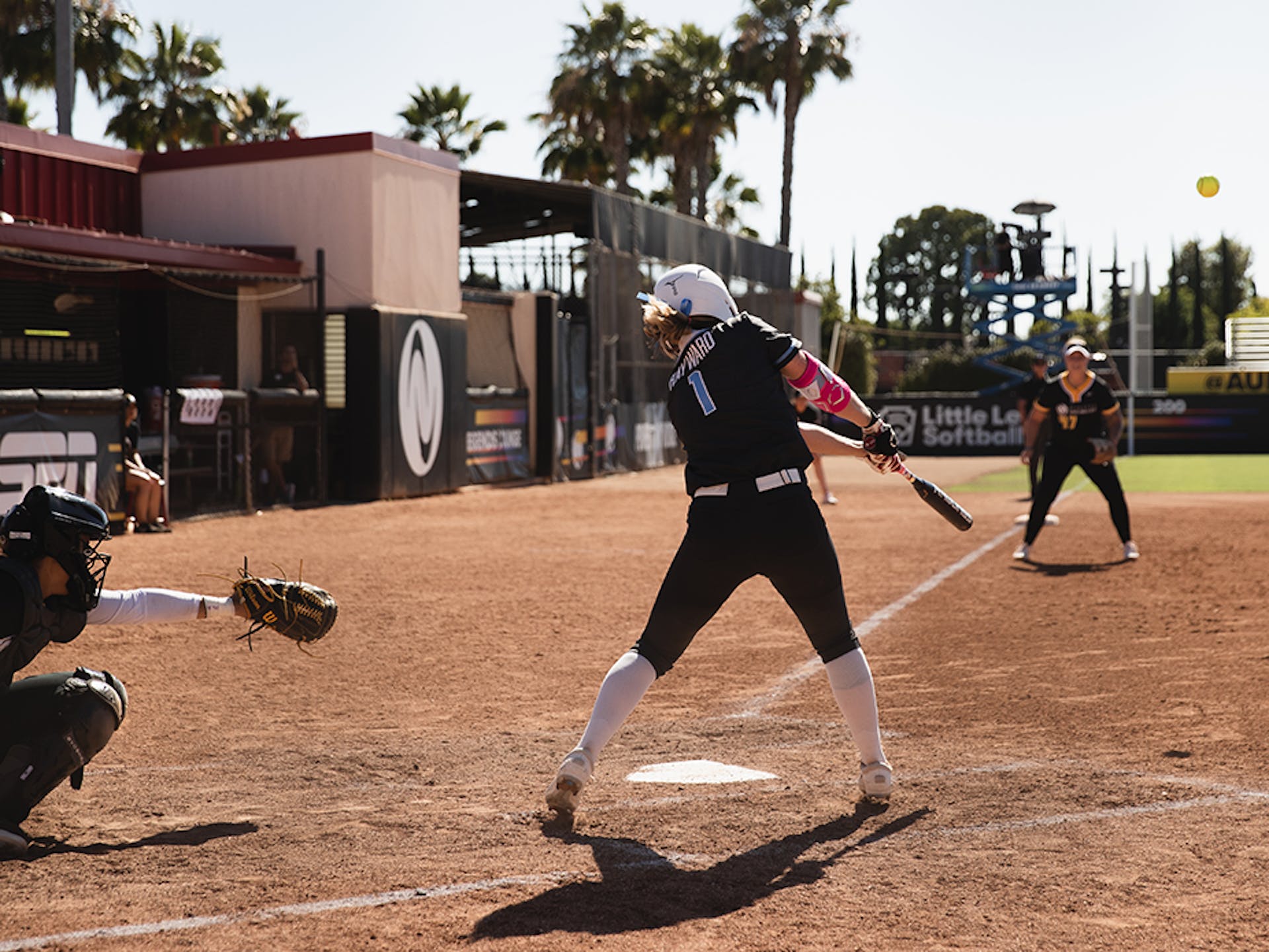 SAN DIEGO — Team Fischer had to wait nearly an hour to take the field against Team Mulipola on Sunday afternoon for its third AUX Softball game of the weekend. It was certainly worth the wait.

The squad accumulated 110 of the 120 possible win points while upping its record to 3-0 with a 7-3 victory over Team Mulipola at SDSU Softball Stadium. The loss dropped Team Mulipola’s record to 1-2 after splitting its two games on Sunday.

Outfielder Victoria Hayward continued her torrid start to the season, going 3-for-4 with a run scored while also drawing a walk. Hayward, who paces the league with a .613 batting average, claimed her second game MVP honor of the season with an MVP 1 selection.

For her efforts, Hayward finished with 208 leaderboard points, which moved the former Washington standout into eighth place on the league standings at 716 points.

Corner infielder Sam Fischer also claimed an MVP award, securing 20 points with an MVP 3 honor after going 3-for-5 with a run scored and a run batted in. Fischer took over the top position on the leaderboard and will enter Monday’s Series Two finale with a slim 12-point lead over teammate Danielle O’Toole.

O’Toole started in the circle and gave up two unearned runs on three hits in 3.0 innings before turning things over to rookie hurler Mariah Mazon. Mazon, who signed with Athletes Unlimited on Saturday, earned her first professional victory after going 2.0 innings and allowing one run on two hits with two strikeouts.

Corner infielder Tori Vidales authored the lone multi-hit game for Team Mulipola, which was limited to just five hits. Middle infielder Sierra Romero drove in two runs while going 1-for-3 with a walk.

Pitcher Carrie Eberle dropped to 1-3 on the season after conceding six runs, including four earned runs, on eight hits over 2.1 innings.

Team Fischer erupted for six runs on seven hits in the third inning to build a 6-0 lead it did not relinquish. After outfielder Shannon Rhodes drove in a run by reaching on an error, corner infielder Amanda Chidester extended the advantage to 2-0 with an RBI single up the middle. Two more runs came around on a double by designated player DJ Sanders before a single by middle infielder Andrea Filler and a fielder’s choice from outfielder Morgan Zerkle upped the margin to 6-0.

The victory allowed Team Fischer to keep its stranglehold on the top of the leaderboard as 11 of the top 13 players are from its roster. Catcher Dejah Mulipola and Romero are the only players not on Team Fischer’s roster who hold one of the top 13 spots.