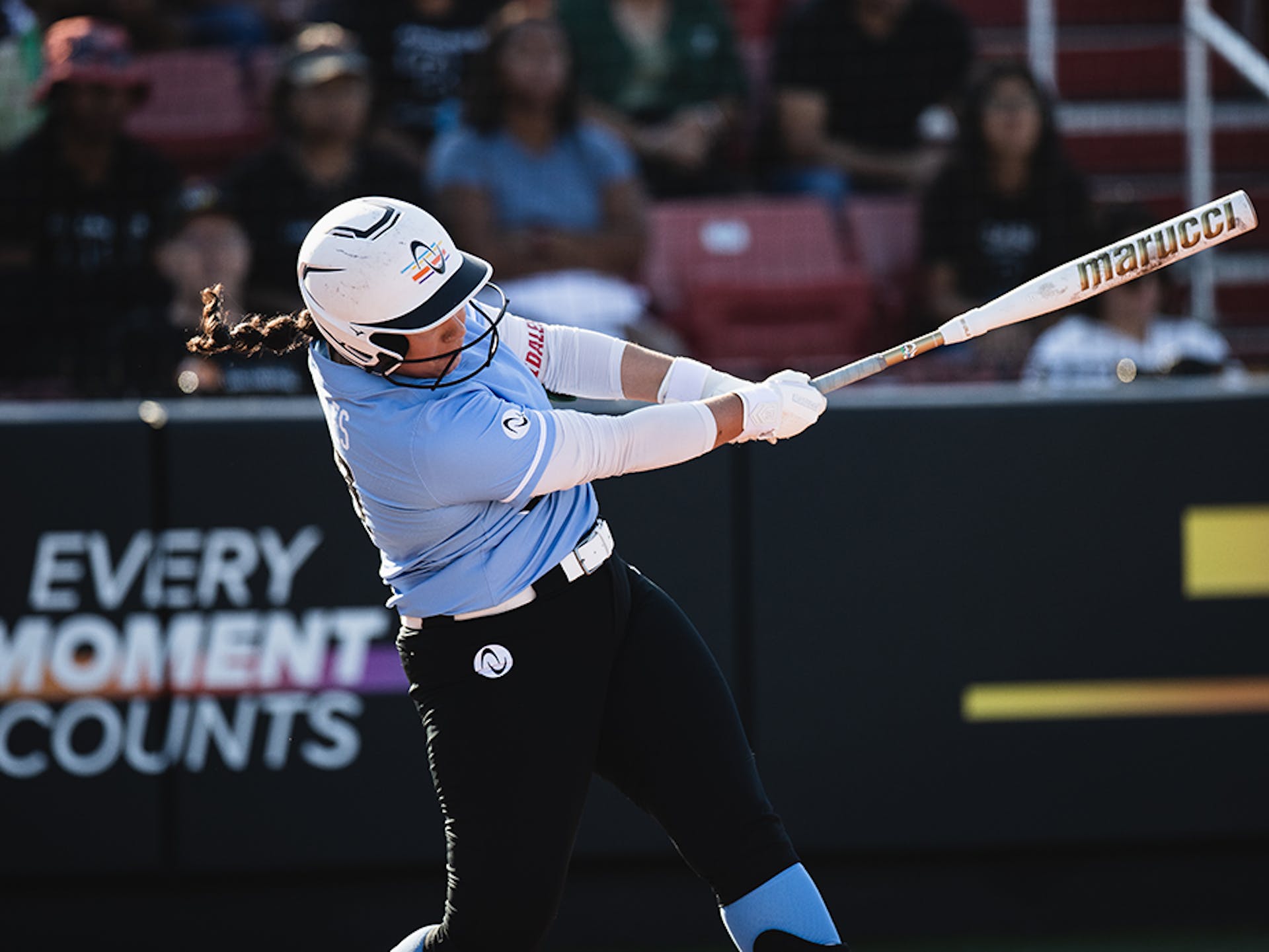 ROSEMONT, Ill. — Pitcher Alyssa Denham might have heard the famous Joe Cocker song “With a Little Help from My Friends” as she marched through her first game as an Athletes Unlimited Softball captain during Friday night’s Week Five opener against Team Chidester.

Denham got plenty of help from the offensive side, including four home runs, to claim a 10-4 victory over Team Chidester at Parkway Bank Sports Complex.

Three of those home runs came during a seven-run third inning, which gave Team Denham a 7-0 lead it did not relinquish. Outfielder Amanda Lorenz got the scoring started with a two-run home run, which helped her secure MVP 2 honors and 180 leaderboard points.

Corner infielder Tori Vidales, meanwhile, earned the top MVP award after finishing with a 2-for-4 night and four runs batted in, including her fifth home run of the season. Vidales led all players in the game with 220 leaderboard points, moving her into eighth place pending the results of Friday night’s second contest.

Denham, meanwhile, authored her fifth win of the season after giving up just one earned run over 4.2 innings with three strikeouts. Rachel Garcia allowed just one hit over the final 2.1 frames to nail down her second save of the season.

Captain Amanda Chidester paced her team with a 2-for-3 performance, including her sixth home run of the campaign, to garner MVP 3 distinction and 90 leaderboard points.

Team Denham sent 10 hitters to the plate during a seven-run outburst in the third inning, which included a trio of home runs. After Lorenz’s home run gave the squad a 2-0 lead, Vidales drove in a run with a double before Danielle Gibson and Gwen Svekis completed the frame with back-to-back blasts. Team Chidester narrowed the gap to 7-4 before Vidales’ three-run long ball in the seventh inning sealed the victory.

Denham moved into a tie for first place on the overall leaderboard with catcher Dejah Mulipola, who will play in Friday’s nightcap. Chidester, meanwhile, dropped one spot to third place with 1,454 points. Vidales rose 14 positions with her 220-point effort in the victory.