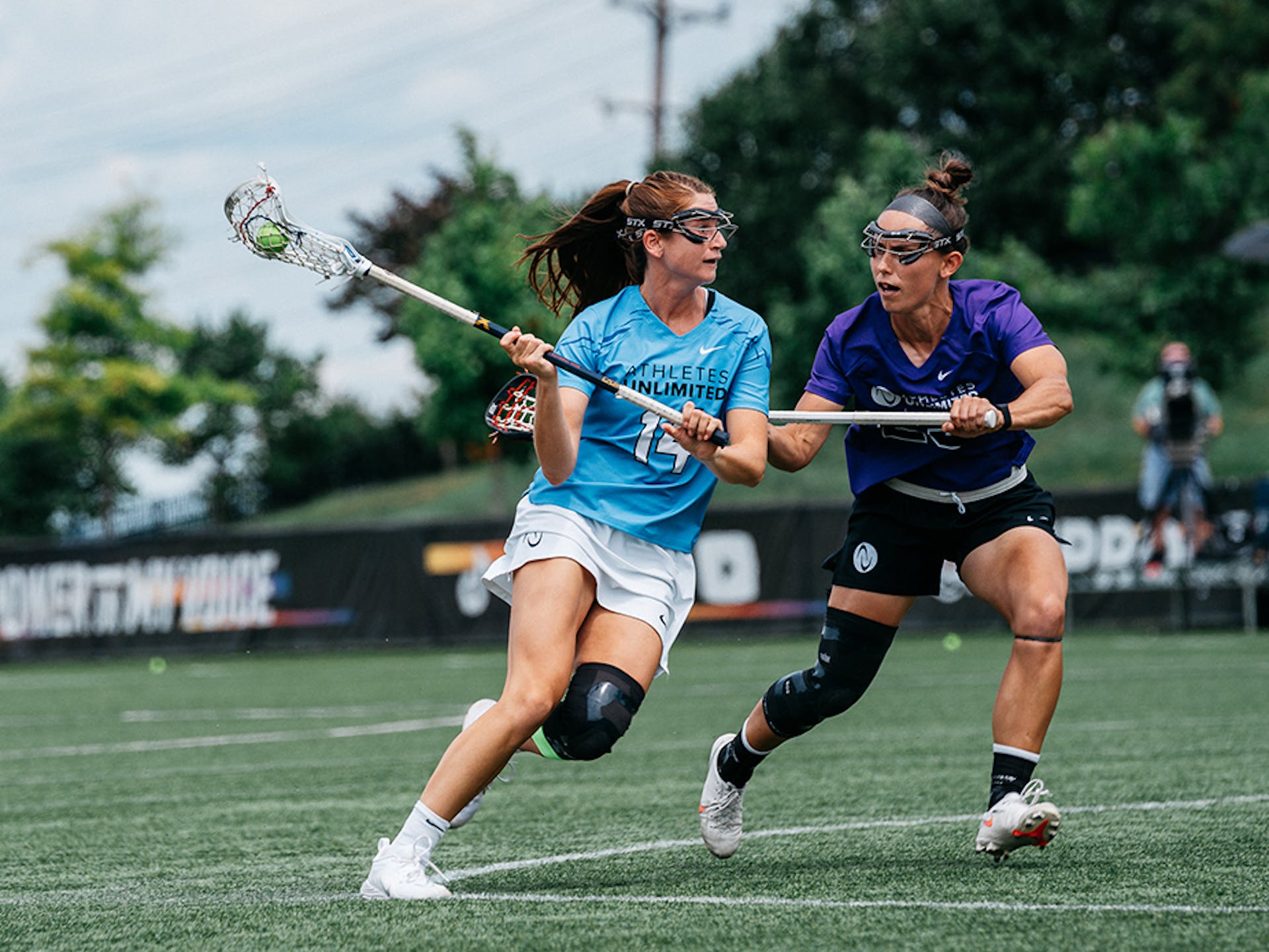 SPARKS, Md. — Another day and another late comeback by Team Apuzzo.

After falling behind by a 5-3 margin to Team Arsenault early in the fourth quarter, the squad ran off four straight goals, including a two-point tally by rookie attacker Charlotte North, to complete a perfect 3-0 week with an 8-5 victory to begin Sunday’s Athletes Unlimited Lacrosse doubleheader at USA Lacrosse Headquarters.

North, who leads the league with 25 points, registered her third hat trick in six games with a three-goal performance, including the eventual game-winning marker. The former Boston College star also claimed MVP 1 honors and finished with a season-high 198 leaderboard points.

Team Apuzzo scored the game’s final four goals in a span of 5 minutes, 39 seconds to claim the three-point victory. Midfielder Ally Mastroianni started the run with an unassisted marker before North’s back-to-back tallies gave the squad a 7-5 edge. Defender Sydney Pirreca capped the scoring with her first goal of the year with 2:21 remaining.

Apuzzo moved into the overall lead with 965 points, while defender Lizzie Colson surged up the leaderboard 11 spots and stands third in the league standings ahead of Sunday’s Week Two finale between Team Johansen and Team Moreno. Glynn also made a strong move on the leaderboard, rising 12 positions to No. 4.