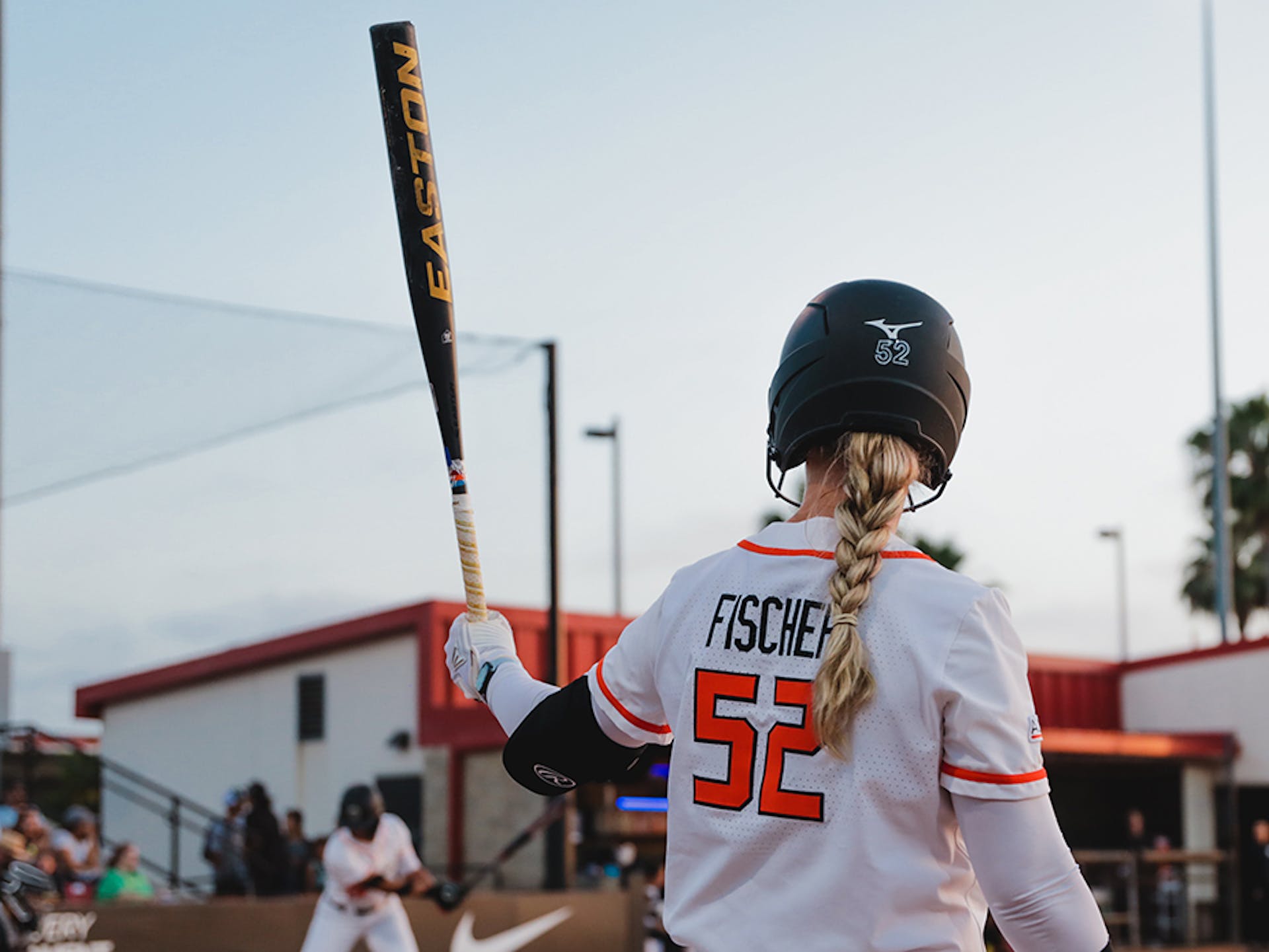 SAN DIEGO — One big inning can mean the difference between a win and a loss in AUX Softball and Wednesday night’s game between Team Chidester and Team Eberle was a prime example.

Team Chidester used a five-run sixth inning to secure 50 game win points with a 6-3 victory over Team Eberle in the final game of the opening series at SDSU Softball Stadium.

Team Chidester finished the series with a 3-1 record, while Team Eberle dropped both games of its doubleheader to end at 1-3.

Catcher Dejah Mulipola continued her torrid start to the season by going 3-for-4 with two runs batted in along with scoring a run. Mulipola, who claimed her third consecutive MVP 1 honor, finished the night with 170 leaderboard points and secured her spot as the Gold team captain in this weekend’s series.

Corner infielder Sam Fischer will join Mulipola as a captain after closing the series with a 2-for-3 showing, marking her fourth consecutive two-hit performance. The former Loyola Marymount standout will captain the Blue team, while corner infielder Danielle Gibson rounds out the captain trio as the Orange captain.

Rookie Georgina Corrick earned the win in the circle for Team Chidester, giving up one run on two hits over 2.2 innings of relief. Corrick, who upped her record to 2-0, also registered five strikeouts in the victory.

Outfielders Victoria Hayward and Megan Wiggins combined to go 5-for-7 with two runs batted in. Hayward authored three hits while Wiggins had her third straight multi-hit effort after going 2-for-3.

Trailing by a 2-1 margin, Team Chidester went to work in the sixth inning and erupted for five runs on five hits. Middle infielder Andrea Filler started the rally with a solo home run to left field with one out before a two-run single by Mulipola gave Team Chidester a 4-2 advantage. Fischer followed with a two-run double to left center field, extending the margin to 6-2.

Mulipola secured the top spot on the leaderboard heading into Thursday’s Series Two Draft and owns a 174-point lead over Gibson, who tallied 476 points during her first series as a professional. Fischer, meanwhile, held steady in the No. 3 position after registering 118 points in the Series One finale.