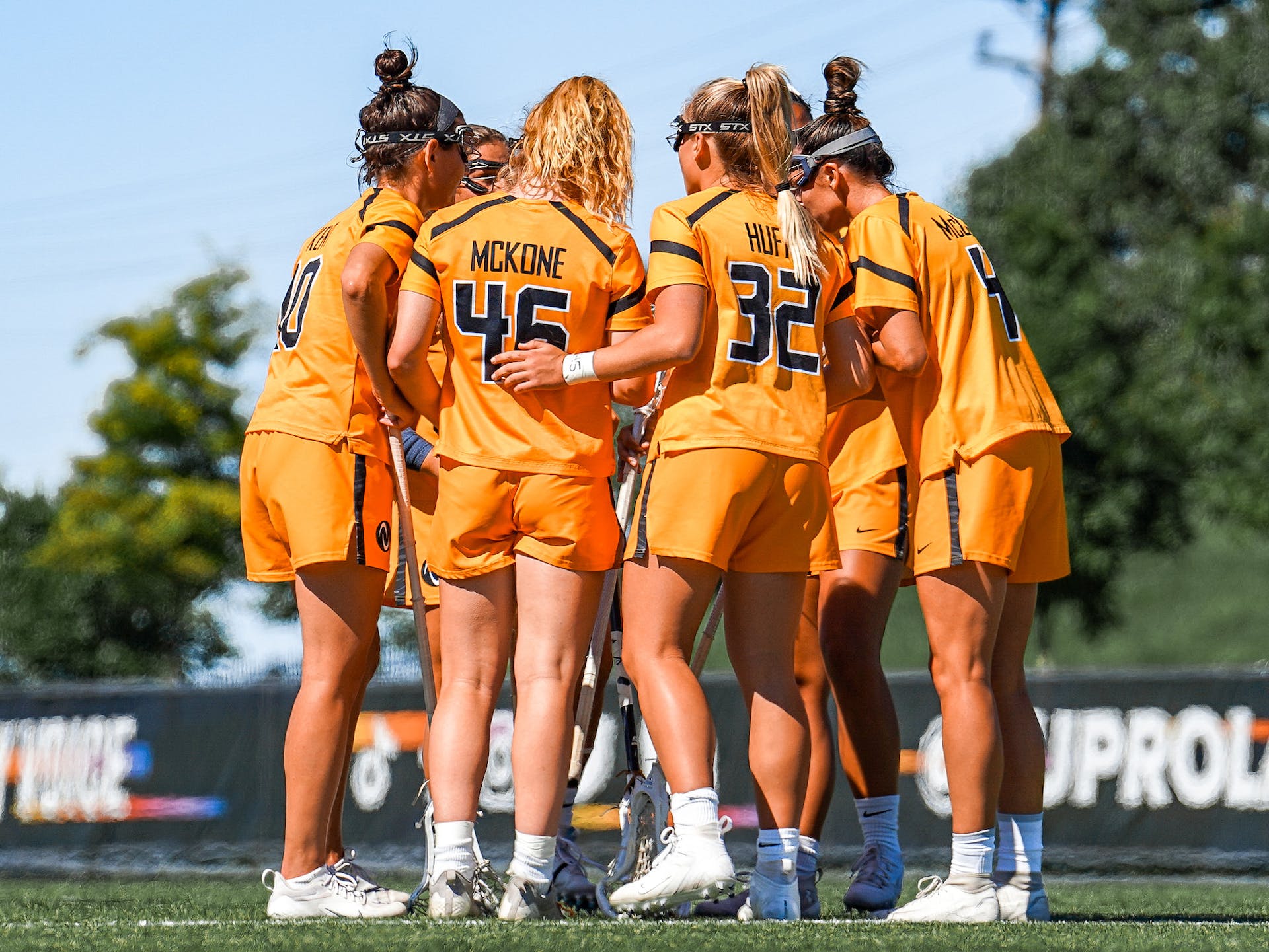 Recap: Moreno pulls within 57 points of Apuzzo ahead of Sunday's finale

SPARKS, Md. — There was no question about the intensity that Sunday’s final games of the 2022 Athletes Unlimited Lacrosse season would feature. But, fans may have seen a preview of that intensity level during Saturday’s clash between Team Moreno and Team Johansen.

With both team captains battling to remain near the top of the leaderboard, the game wasn’t decided until the closing minutes when midfielder Marie McCool’s goal with 4:28 left in regulation provided Team Moreno with a 10-9 victory over Team Johansen at USA Lacrosse Headquarters.

The win allowed Team Moreno to remain unbeaten at 2-0 in the final week of the season, while Team Johansen dropped its second straight outing.

Attacker Kenzie Kent, who has come on strong over the last four games, tallied her third hat trick in that span after netting three goals with an assist. The former Boston College star secured MVP 1 distinction to close the game with 178 leaderboard points.

Goalkeeper Taylor Moreno, the second-leading scorer on the leaderboard entering Saturday’s play, followed with MVP 3 honors after accruing 171 leaderboard points on the strength of 10 saves. Moreno remained in the No. 2 position on the leaderboard and will begin the final day of the season with a 57-point deficit behind attacker Sam Apuzzo.

Rookie midfielder Ally Mastroianni produced one of her best efforts of the season en route to MVP 2 honors, registering three goals with an assist in addition to four ground balls and four draw controls. The former University of North Carolina standout completed the afternoon with 104 leaderboard points.

Goalkeeper Caylee Waters authored nine saves in the loss for Team Johansen, which was outshot by a 29-26 margin.

With the score tied at 9-all, McCool hit the post with her first attempt with 5:06 remaining before striking on an unassisted goal just 38 seconds later to reclaim a one-point advantage for Team Moreno. Team Johansen had one last chance to even the score with time winding down, but midfielder Kelly McPartland’s attempt sailed wide and the clock ran out.

The 2022 Athletes Unlimited Lacrosse title will come down to the final game of the season as Moreno trails Apuzzo by just 57 points. Waters, meanwhile, continues to climb the league standings and holds seventh place after rising another six spots on Saturday.