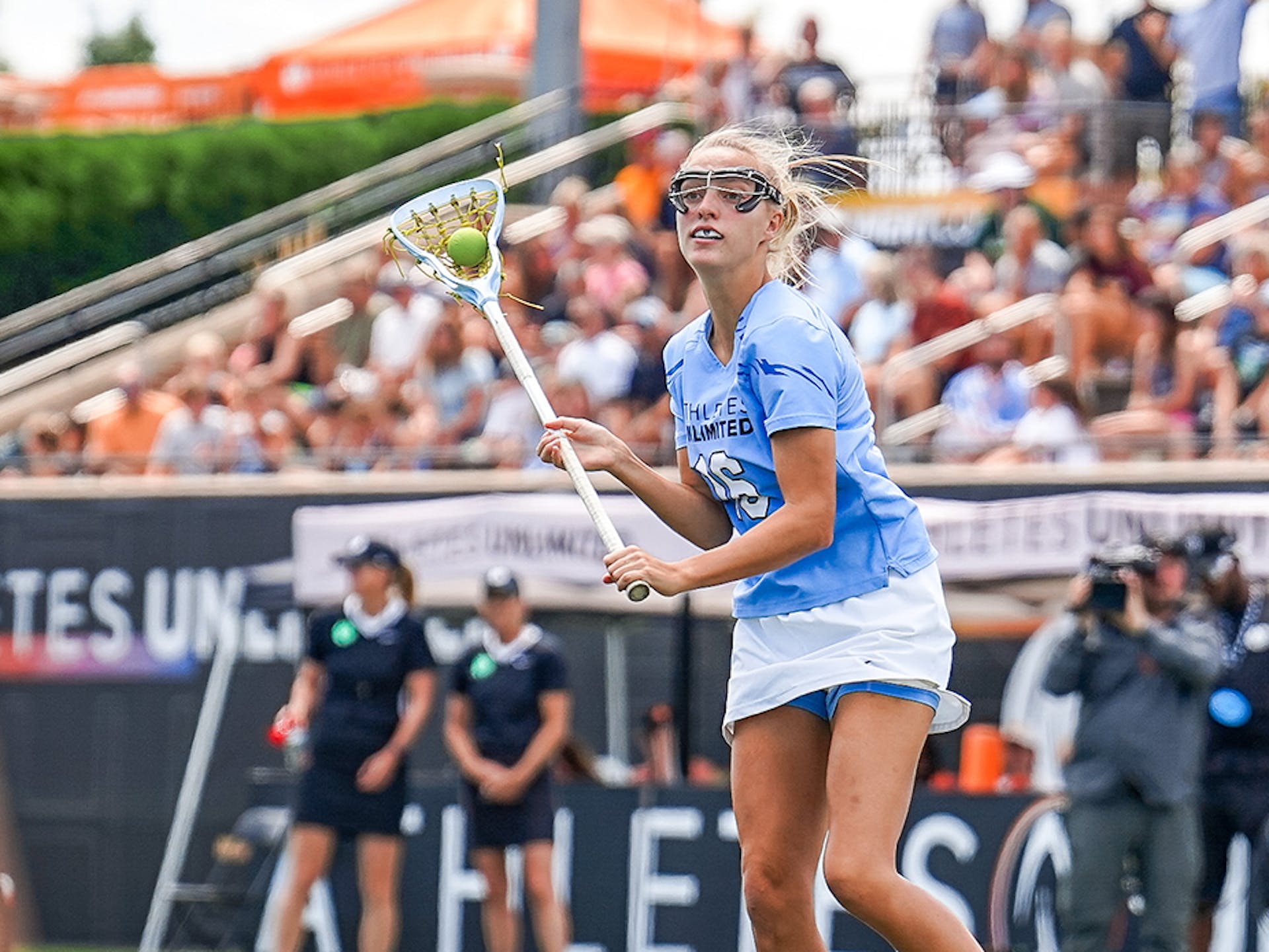 SPARKS, Md. — The Athletes Unlimited Lacrosse record book is going to look a lot different after Sunday’s penultimate game of the season between Team Glynn and Team Johansen.

And while there will be many memorable individual achievements authored into those pages, it will be the final score the players will be most concerned about – a 16-13 victory for Team Johansen at USA Lacrosse Headquarters.

A pair of rookies took center stage in leading Team Johansen to the victory. Attacker Scottie Rose Growney netted five goals with an assist to earn MVP 1 honors and 192 leaderboard points, while midfielder Ally Mastroianni chipped in four goals of her own along with an assist and six draw controls.

Goalkeeper Caylee Waters anchored the defensive effort for Team Johansen by registering a career-high 13 saves, including eight in the first half. She also tallied two ground balls and a draw control.

Growney and Mastroianni’s performances overshadowed a record-setting day for rookie attacker Charlotte North, who earned MVP 3 recognition after scoring a league-record six goals, including a trio of two-point markers, with an assist.

With the score tied at 11-all heading into the fourth quarter, Team Johansen ran off four consecutive goals to begin the final frame, including a two-pointer from captain Amanda Johansen, for a 16-11 advantage with 4:12 remaining. Kennedy and attacker Mollie Stevens closed the scoring with back-to-back markers, but the comeback fell short.

Mastroianni and Waters elevated their position on the leaderboard by seven spots, lifting them into the No. 3 and No. 4 positions, respectively. Johansen also moved into the top five with her 141-point performance in her final game of the season.