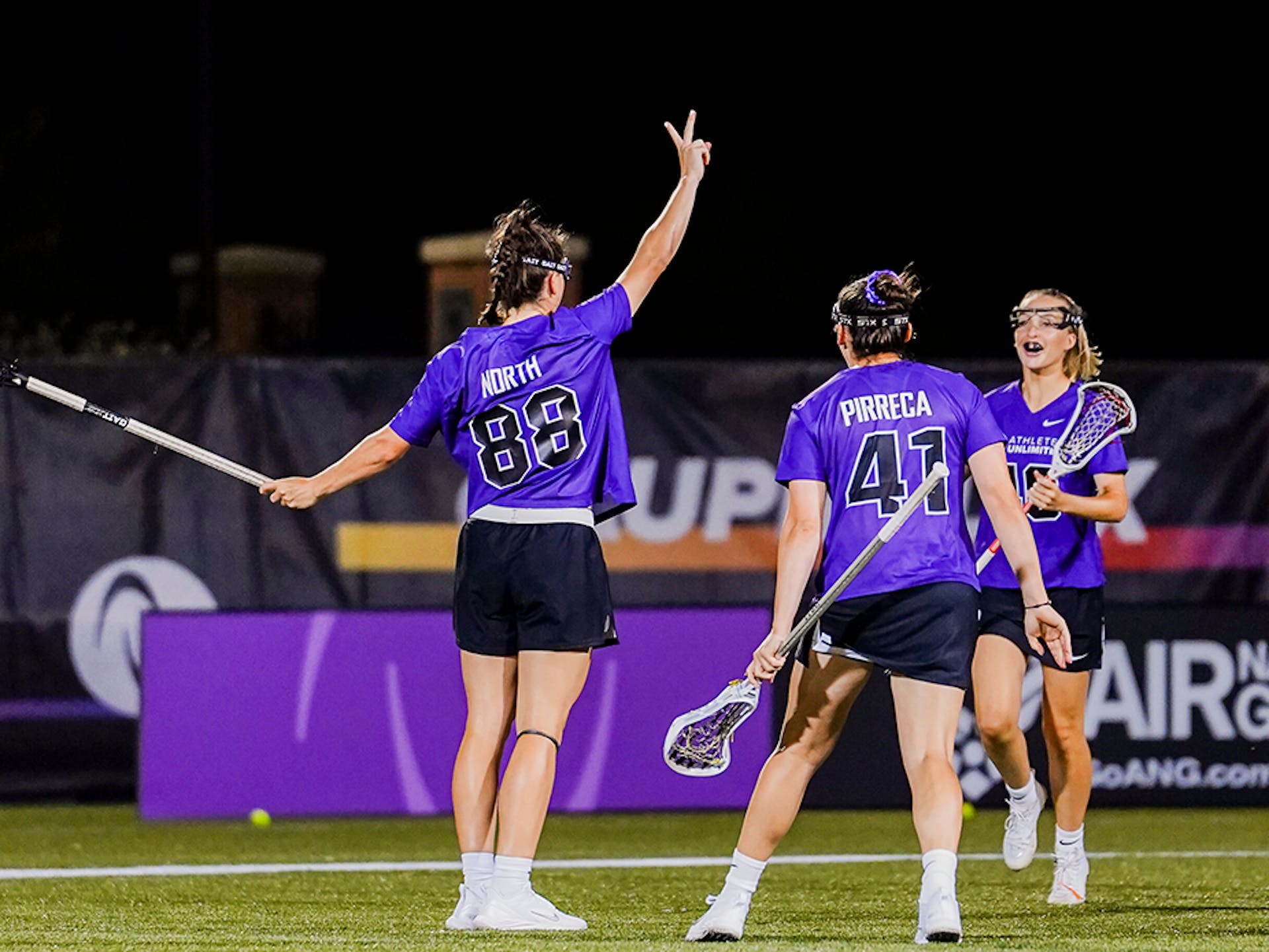 SPARKS, Md. — Everyone who follows the sport of lacrosse knows the many talents rookie attacker Charlotte North can showcase in a given game.

Making her Athletes Unlimited Lacrosse debut, the two-time Tewaaraton Award winner displayed those talents among many of the game’s 40 minutes, leading Team Read to a 12-8 victory over Team Waters to end the opening day of the season at USA Lacrosse Headquarters.

North, who finished with a game-high 178 leaderboard points, served as an on-field facilitator during the first half by dishing out three assists while letting her teammates find the back of the net.

But, in the second half, North got into the scoring column by unleashing three goals, including a pair of two-point markers, to finish the night with eight points.

While North paced Team Read with her first hat trick as a professional, midfielder Ally Kennedy and attacker Shayna Pirreca chipped in a pair of tallies each. Goalkeeper Britt Read, meanwhile, anchored a defensive unit that conceded just three second half goals.

After falling behind by a 3-1 count in the first quarter, Team Read started the second period with a six-point explosion, including a two-point marker by Pirreca, to claim a 7-3 advantage with 2:02 remaining in the first half. Team Waters closed the gap to 7-6 with three consecutive markers, but North’s three goals in the final 12:15 sealed the win.

North stands third on the leaderboard following her 178-point performance, while Read follows right behind her with 171 points. Kennedy, meanwhile, holds a share of ninth place after the opening night with 121 points.