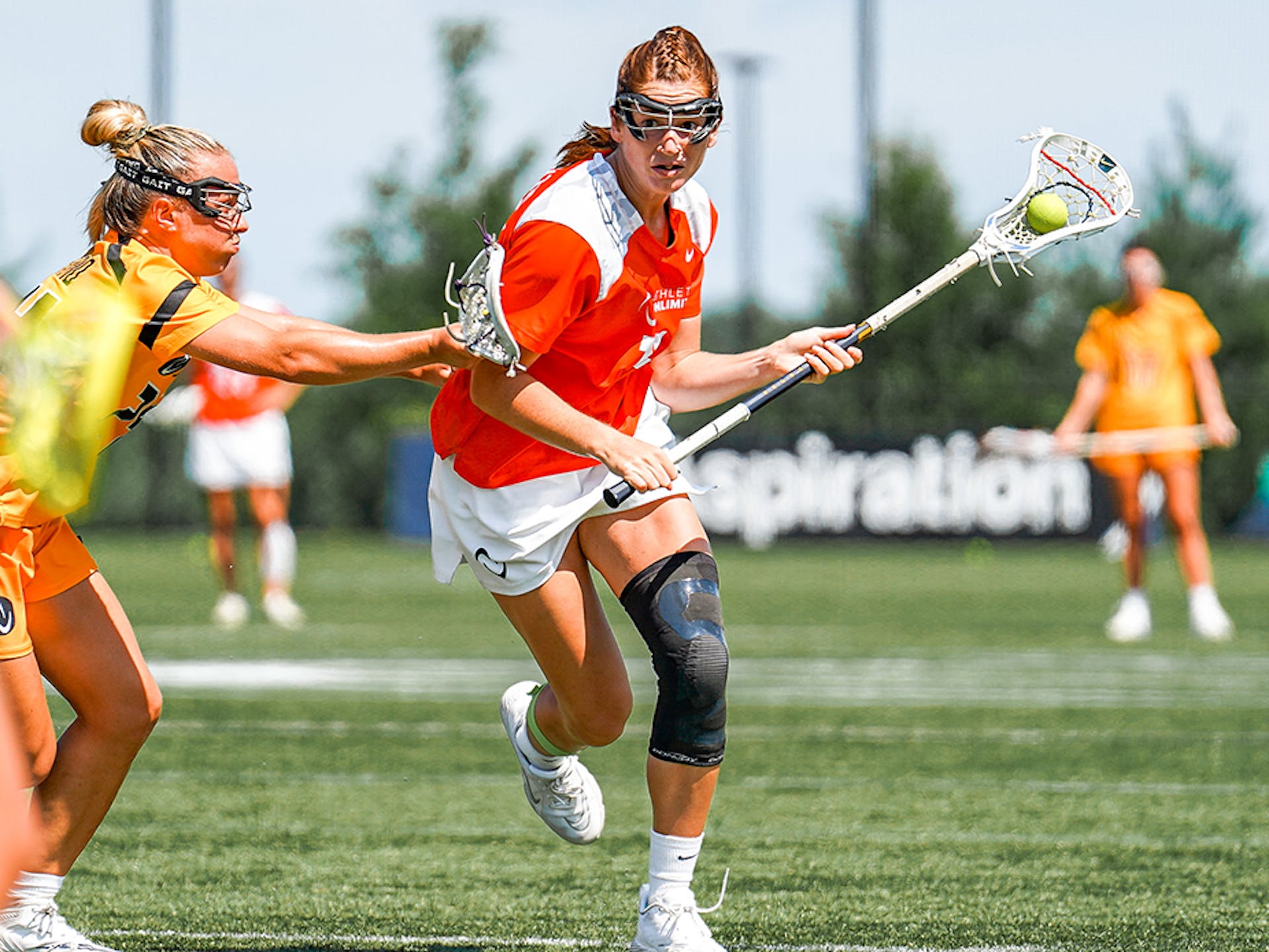 For the fourth time in the last five outings, Team Apuzzo rallied from a deficit of five points or more to claim a 10-9 victory over Team Moreno in the first game of Sunday’s doubleheader at USA Lacrosse Headquarters.

Rookie attacker Lauren Gilbert scored the game-winning goal with 2:45 remaining in the fourth quarter as Team Apuzzo scored the final six goals of the game to finish Week Three with a 2-1 record. Team Moreno, meanwhile, dropped its second straight one-point contest to close the Week at 0-3.

Gilbert closed the MVP trio by garnering MVP 3 distinction on the strength of three goals to close the game with 128 points.

Team Apuzzo trailed by a 9-4 margin with 1:55 remaining in the third quarter before mounting its comeback. Gilbert closed the third quarter scoring with her third goal before Arsenault tallied three of the next four markers to even the game at 9-9. Gilbert completed the comeback with an unassisted tally with 2:45 remaining.

Despite the loss, Moreno remains at the top of the leaderboard, but is ahead of Apuzzo by just six points heading into the second game of Sunday’s doubleheader between Team Johansen and Team Colson.