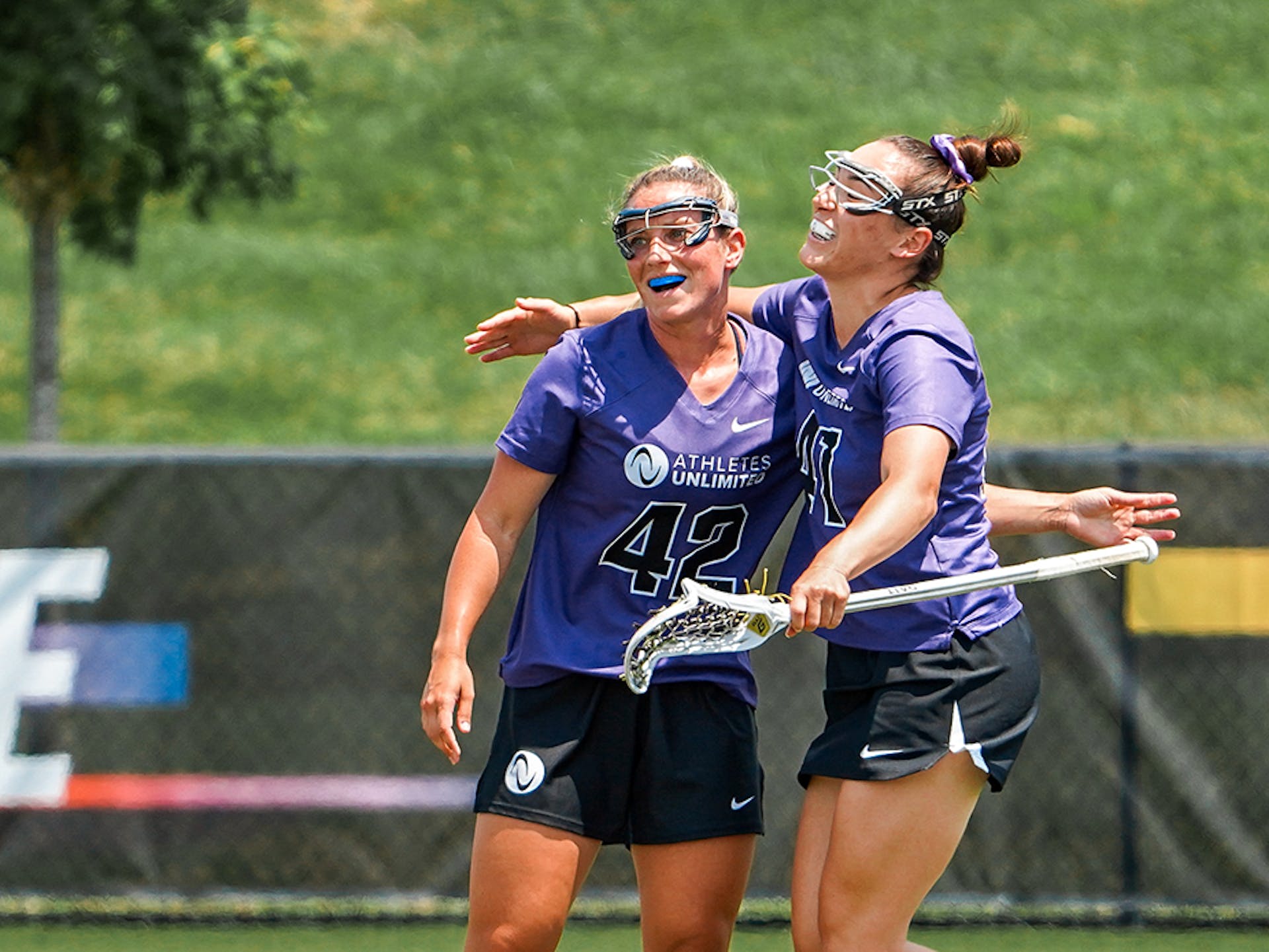 SPARKS, Md. — Every moment counts in Athletes Unlimited Lacrosse and Sunday’s contest between Team Read and Team Glynn had plenty of them to remember.

But, it was midfielder Ally Kennedy’s goal just 35 seconds into the overtime period will be the moment that counts the most as her marker propelled Team Read to a 10-9 victory over Team Glynn at sun-splashed USA Lacrosse Headquarters.

The win allowed Team Read to finish the opening week of the season with a 2-1 record, while Team Glynn closes its Week One slate with a 1-2 mark.

Kennedy finished with 112 leaderboard points, including 45 points as the game’s MVP 1 selection, which elevated her 12 spots up the leaderboard.

Attacker Charlotte North tallied her second hat trick of the season with three goals while adding two assists in the victory for Team Read, while attacker Aurora Cordingley chipped in a goal with an assist.

Midfielder Kelsey Huff led all players in the game with 120 leaderboard points after scoring two goals, including the game-tying two-point marker, with a ground ball. Midfielder Lindsey McKone added a pair of goals with an assist, while attacker Halle Majorana scored once with three assists.

After Huff’s goal with 5.6 seconds remaining in the fourth quarter sent the game into overtime, Kennedy sent Team Read to the winner’s circle with an unassisted marker at the 2:25 mark past goalkeeper Kady Glynn.

The victory allowed goalkeeper Britt Read to rise 12 spots on the leaderboard and close the first week of the season with 337 points. Goalkeeper Kady Glynn also made a significant move higher in the league standings with an 11-position move to fifth place.