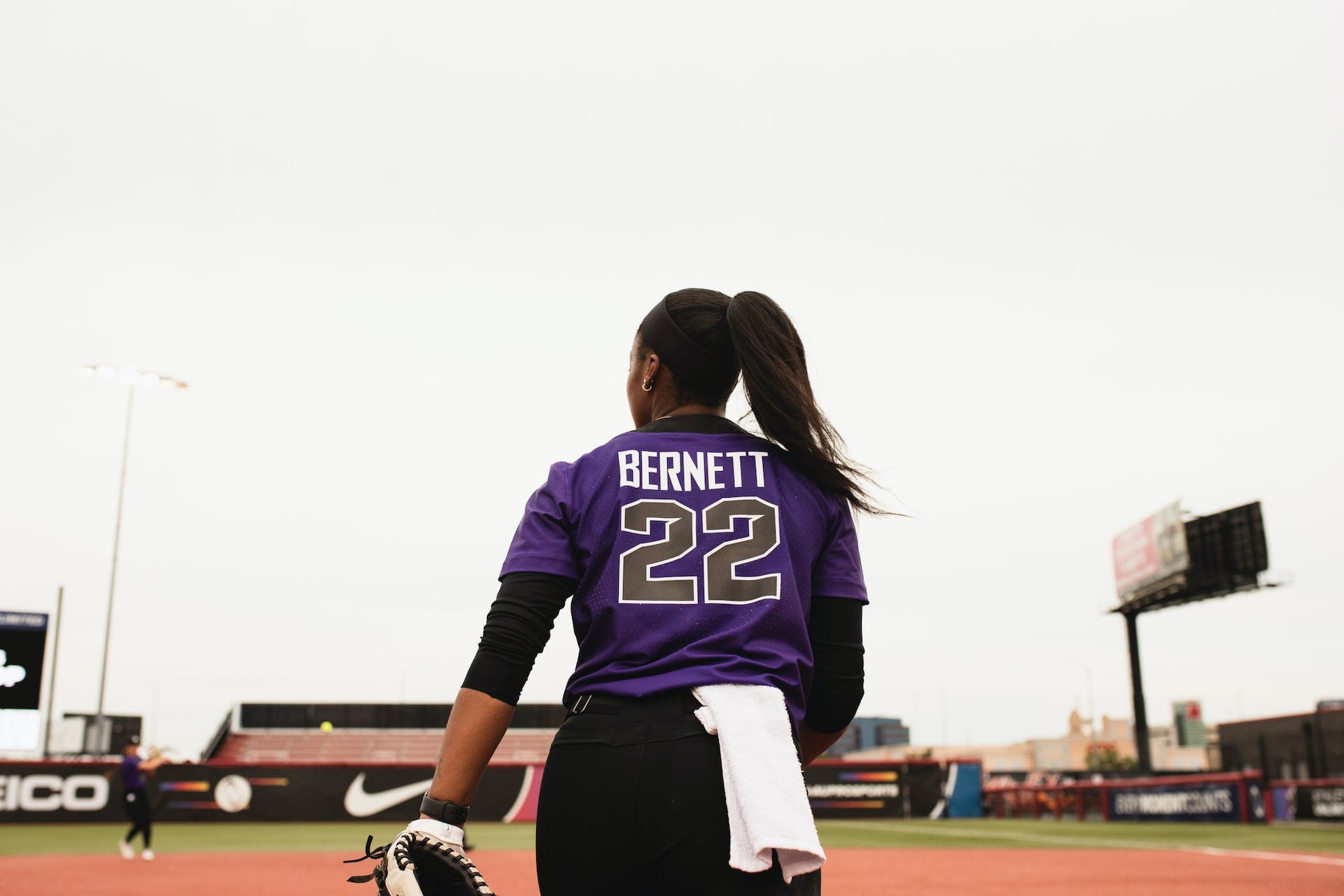 There is meaning in a name, especially to Odicci Alexander. As a kid, she often wondered why her mom gave her such a unique name but she’s learned that what lies in the significance of ‘Odicci’ has immense value to her.

That’s a large part of why changing the name and number on her jersey this Athletes Unlimited season is how she wanted to honor her late teammate and friend Lauren Bernett.

Bernett was a sophomore at James Madison University and starting catcher of the softball team. She died on April 25 and her death was later classified as an apparent suicide by Rockingham County Sheriff’s Office. The tragic loss of Bernett, affectionately known as “LB” to her friends and family, rocked everyone who knew her as well as the entire collegiate athletics community.

When Alexander enters the circle in her second season as a pro, she’ll be wearing #22 with the last name Bernett.

“I feel like it just means a lot to me because I feel like she’s gonna be there with me,” Alexander said.

Bernett was Alexander’s catcher during their historic 2021 run. They were the ultimate battery, leading the Dukes to a 41-4 record and first ever appearance in the Women’s College World Series.

They became quick friends, sparking a connection through the distinct relationship developed in a pitcher-catcher pair. Alexander didn’t know who would be her catcher going into her senior season with JMU. It was the freshman.

Both of them bought into one another. Alexander beams as she tells stories of not her best days with Bernett but the rough ones – the practices and bullpens when she didn’t know where the ball was going when it released from her hand.

“Lauren would do 360s for me,” Alexander laughs.

She always had Alexander’s back. Bernett could know Alexander’s mood at practice before a word was ever spoken.

“She just knows and she was that person who could always make me laugh in those moments, you know? Some people can’t do that… but she knew how to approach me.”

During their time together, Alexander can’t remember a single day that Bernett didn’t make her smile. She recounts thinking that Lauren never had a bad day.

Alexander was competing for Toda Chuo Medics Saitama in the Japan Diamond Softball League when she received the crushing news. She said it was hard being a continent away, feeling like she couldn’t be there for her teammates, coaches, and friends who had the same pain crashing down on them. She felt alone.

Journaling has been a longtime habit of Alexanders that helped her throughout the months she was away. Seeing Bernett and #22 on her jersey hanging in her locker is another step in healing.

It’s not something she can explain but feels.

“I know she’s looking down at me. She’s smiling at me and I honestly just wanna make her proud. I mean some games I have where I’m like, oh it’s Lauren back there.”

Overnight Odicci became a household name in the softball world. But she’ll be quick to point out that being a pitcher is not her identity.

When you ask her about the meaning of her name, an odyssey is a journey. As Alexander continues her own she emphasizes that while she plays this game, it is about more than a bat and ball. Her road has brought her to know that “there is more to softball than just playing the sport.”

If you or someone you know is having thoughts of suicide or is in emotional distress, contact the National Suicide Prevention Lifeline at 1-800-273-TALK(8255) or at suicidepreventionlifeline.org.