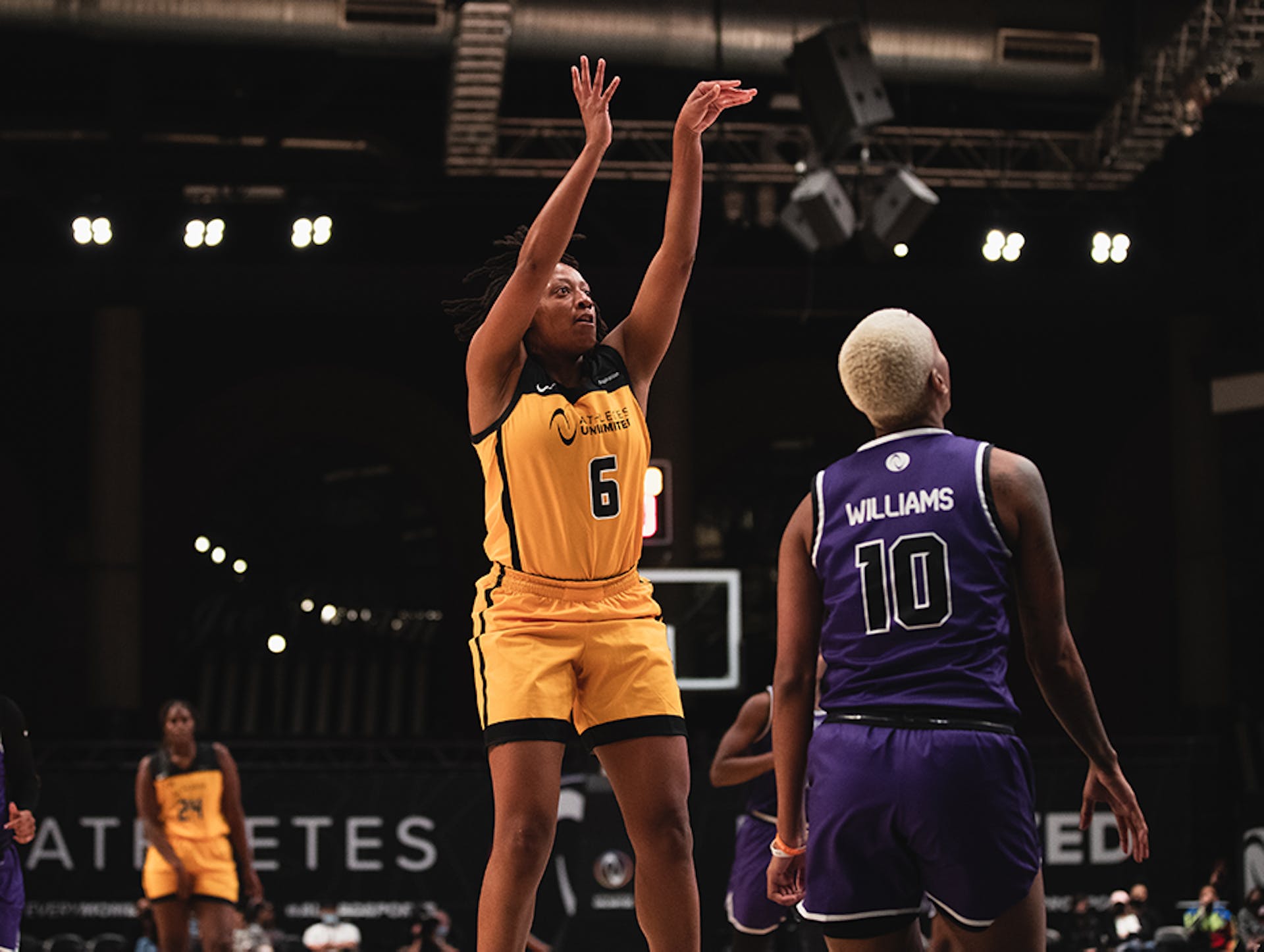 Kelsey Mitchell’s presence on the court was missed during Week 3 of Athletes Unlimited Basketball.

On Wednesday evening, her commanding presence was at the best it’s been this season as she scored a season-high 32 points for Team Hawkins in an 86-76 victory against Team Sims.

“We all kind of played together throughout the course of the 40 minutes. We never hung on each other too much as far as what we required and what we needed from one another,” Mitchell said. “I also think we prepared pretty well as far as the schemes, personnel, etc … That’s what really translated to our W today.”

Mitchell was joined by Kalani Brown, Destinee Walker and Tianna Hawkins in second point efforts on the evening for Team Hawkins.

Hawkins completed her sixth double-double of the season with 10 points and 11 rebounds, while Brown shot 8 of 9 from the field and added a three-pointer.

Walker posted her first double-double of the season, snagging a season-high 11 rebounds and 14 points, nine of which came from three-pointers.

“For me, my shot wasn’t really falling in the first half so I just wanted to find other ways to provide energy and to get my team going,” Walker said. “Honestly, I didn’t know I had 11 rebounds until the end, so I’m proud of that.”

Rebecca Harris and Nikki Greene also made an impact for Team Sims, each finishing with 13 points.

Team Hawkins closed out the first quarter with seven unanswered points to build their lead to 21-13. While Team Hawkins landed 50% from the field, Team Sims only managed to hit 23.8%.

Spanning the first and second quarters, Team Hawkins used a 20-4 run to lead by as many as 17 points at 36-19 before Team Sims began to find its groove. Team Sims improved to 41.2% from the field and ended the second with a 13-4 run, helped by Sims, to pull within six points entering the half.

Greene, Williams and Harris combined to set Team Sims on a 12-0 run in the third quarter, that was ultimately put an end to by Brown.

NOTES: Brown picked up 90 additional points from earning MVP 1 honors. She finished with 523 points on the night. Mitchell earned MVP 2 honors (+60) and tallied 479 points overall. Hawkins, who was named MVP 3 (+30), added 346 points to her lead at the top of the leaderboard

Team Hawkins won the first and third quarters for 100 points, and the overall game for an additional 100 points. Team Sims picked up 100 points for winning the second and fourth quarters.