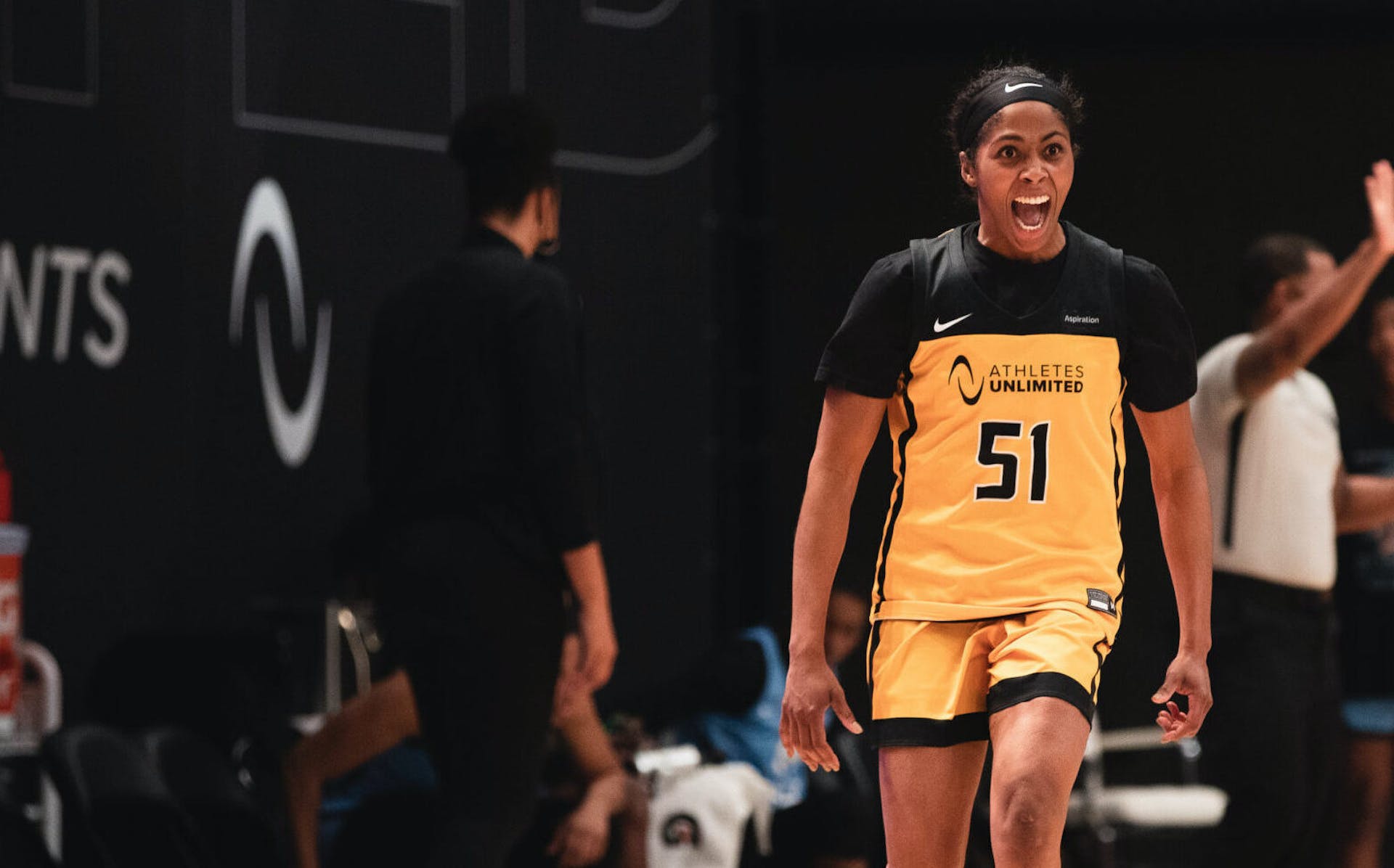 There are less than 50 days until opening night of Athletes Unlimited Basketball Season 2.

The excitement and anticipation has begun to build after an unforgettable inaugural year. As the countdown to season 2 creeps closer, let’s back at the moments from 2022 that left fans cheering and social media buzzing.

Tianna Hawkins is etched in AU history as the first-ever Basketball champion and holds league records along with her title.

She was on fire against Team Cloud on Feb. 5, 2022, setting the league single-game mark by scoring 43 points. She knocked down 19-of-26 shots from the floor, including a 2-for-5 effort from three-point range.

She finished the game with 790 leaderboard points, the highest single-game total during the season.

Hawkins and DiJonai Carrington were the only players to net 40 or more points in a game in 2022.

Sydney Colson has been a staple of AU Basketball since the beginning through her work as the chairperson of the Player Executive Committee but her game-winning shot immortalized her in the league on the court.

When Team Cloud and Team Hawkins went to double overtime to decide their matchup during Week 4, Colson called game after firing a shot from the logo. It gave the Hawkins squad the 113-110 victory.

‼️ FOR THE WIN ‼️@SydJColson hits the half court shot as the buzzer goes off to win in OT 😱#SCTop10 | 📺: @CBSSportsNet pic.twitter.com/pRW0XjN4uY

Colson matched her season-high with 20 points that night when she sunk the shot with a second remaining. The reaction from her and the rest of Team Hawkins inspired a reaction that could easily be an album cover – and you can even wear it on a shirt.

In the inaugural season of any sport, it’s left to the athletes to set the records that will carry on throughout the league’s history. Natasha Cloud’s triple-double was one of the most impressive from Basketball Season 1.

Have you heard the news?

Tash made history last night with her FIRST EVER triple double 🏀🏀🏀

It also happens to be the first in #AUHoops history! pic.twitter.com/pqjrq5DFU8

During a matchup between Team Cloud vs. Team Harrison on Feb. 12, 2022, captain Natasha Cloud registered the league’s first-ever triple-double after finishing with 17 points, 10 rebounds, and 10 assists.

"I wouldn't have a triple double without my teammates"@T_Cloud4 joined @savannaecollins to talk through the adversity her team faced this weekend. While it may not have lead to a win tonight, it's gotten everyone on Team Cloud one step closer to perfecting their craft#AUHoops pic.twitter.com/NCqk5R5vGi

Cloud shot 3-for-9 from the field in the contest along with going a perfect 9-of-9 from the free throw line.

my mood for the last day of @AUProSports pic.twitter.com/qqLZ96DZEx

Team Cloud and Team Hawkins were set to close out the season in a contest that included 12 ties and 19 lead changes. Regulation play ended on a layup by Tianna Hawkins to tie the game 84-84. In the first OT, both teams put up 13.

The second OT was a series of runs that tied the game at 108 and forced a third and final overtime. Both teams exhausted, Team Hawkins was able to pull ahead for a 116-111 victory.

Season 2 is set to take off in Dallas, Texas on Feb. 23 with records waiting to be broken and memorable moments ready for fans to experience.