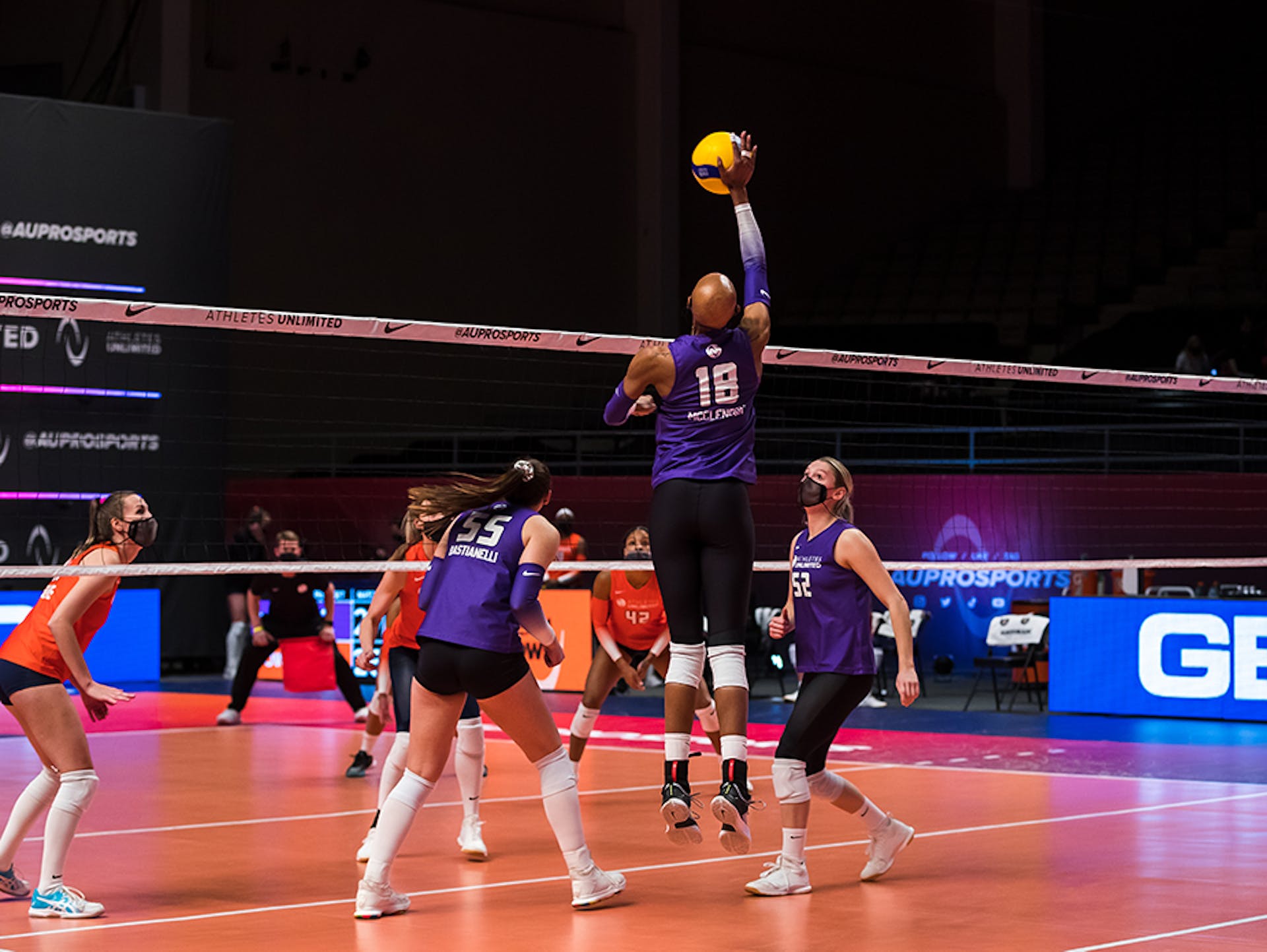 Outside hitter Deja McClendon helped Team De la Cruz en route to its defeat of Team Lowe in in two out of three sets during their first match of the weekend. McClendon had 17 kills on 33 attempts for a .450 attack percentage. She earned 112 stat points from her kills and earned another 40 points for being voted MVP 2, to put her at 353 in total.

In the first set, Team Lowe jumped out to an early lead, but Team De la Cruz managed to slowly close the gap as the set continued. Opposite Ebony Nwanebu went on a three-point serving run to tie the set at 16-16. Team captain Bethania De la Cruz quickly sided out with a block from Ali Bastianelli. Outside hitter Deja McClendon built on the lead by getting an ace for 12 stat points. Team De la Cruz maintained their lead for the rest of the set, winning 25-23. The set win earned each player on Team De La Cruz 40 points.

In the second set, the two teams were close throughout the game, with neither team ever gaining more than a two-point lead. Odina Aliyeva found significant playing time for the first time this season and contributed a kill and a dig for 13 stat points. Aliyeva’s kill came at a crucial moment and helped her team reach match point at 24-23. Opposite Karsta Lowe finished off the set by getting a kill, earning herself eight stat points and everyone on her team 40 win points.

Although the match was close, Team De la Cruz had a more evenly distributed offense, with Bastianelli, De la Cruz, McClendon, and Nwanebu achieving an attack percentage above .290.

On Team Lowe, just middle blocker Lauren Gibbemeyer and Lowe hit above .290. Team De la Cruz had 13 blocks throughout the course of the match and 53 digs, making it difficult for Team Lowe’s other hitters to gain momentum.

“I think we just need to execute on small plays and really terminate the ball,” Lowe said. “We’re talking a lot, and it’s fine to talk, but I think we can make plays in the big moments and that’s where we can really upgrade.”