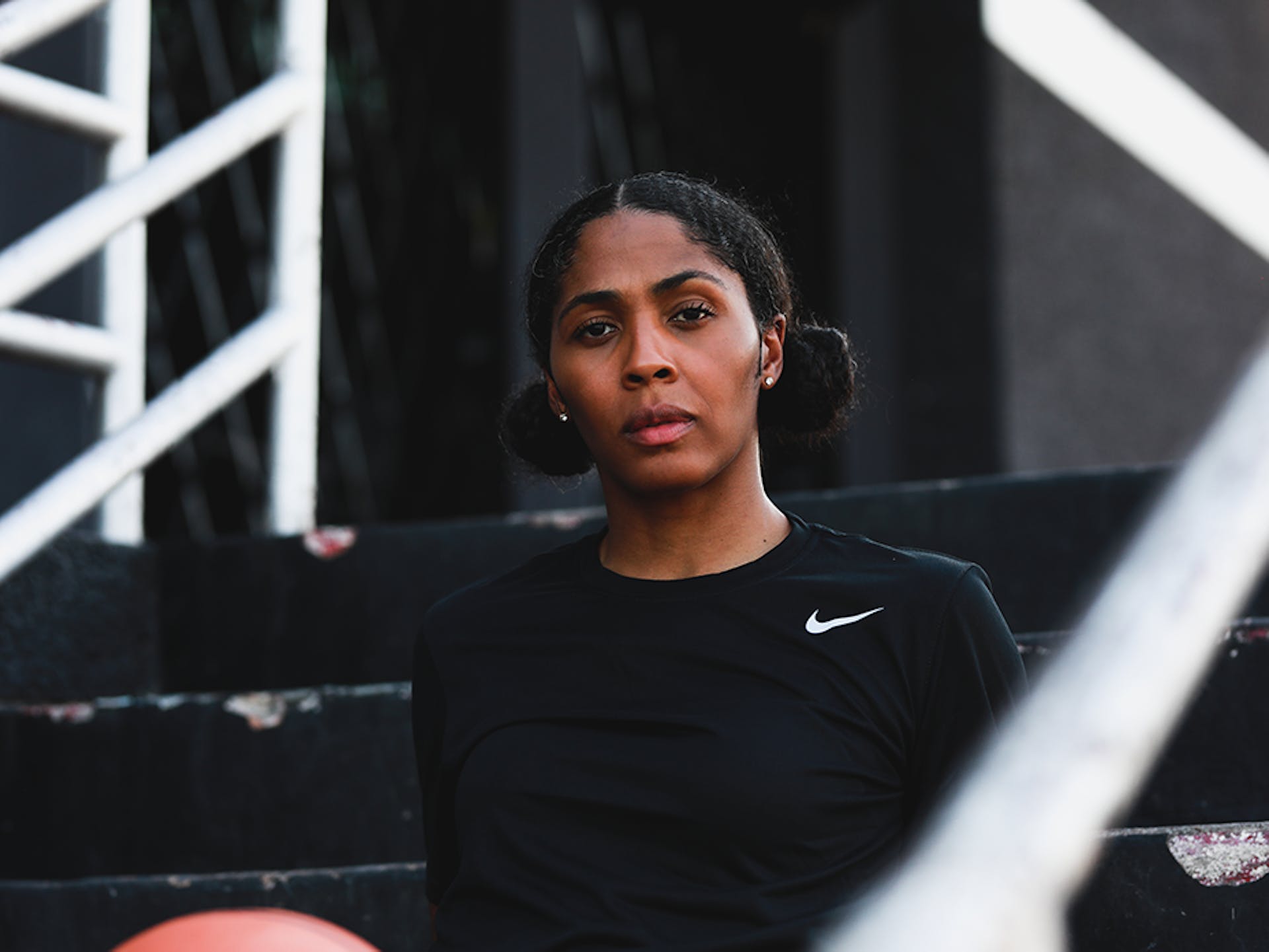 Colson brings leadership, personality and basketball back to Las Vegas

LAS VEGAS — Texas A&M women’s basketball coach Gary Blair oft-times leans back in his office chair, glances at the credenza behind him, and admires the ladies who have led previous teams to NCAA Tournament regional finals.

“The only way you get on here is you’re a point guard, and you’ve got to have taken me to an Elite Eight or to a Final Four,” Blair recently told Athletes Unlimited. “I’ve got some pretty special point guards up here and each one of them have meant that much to me.”

Sydney Colson, who helped the Aggies win a National Championship in 2011, was one of Blair’s most special.

“God she was a leader – and she demanded it,” Blair said.

Colson is sure to be one of the leaders in Athletes Unlimited Basketball’s inaugural season in Las Vegas, a place the 32-year-old is well familiar with after becoming a fan favorite while spending time with the WNBA’s Aces.

Colson’s blend of leadership skills on the court, humor on and off of it, and an overpowering and intoxicating personality that draws people to her is sure to rekindle the affection Las Vegas basketball fans once had for her.

“It takes a really skilled and professional player who can handle their roles and responsibilities,” said former Aces teammate Carolyn Swords, who was Colson’s roommate at the 2011 WNBA Draft. “I could always rely on Syd, that she knew the plays, she understood what our goals were, she was able to step in as a leader and help our younger players. Being able to meet those deliverables on the court and get outside of herself to bring energy to the team day-in and day-out, which is easier said than done. She can relate to every player on the team, which is really important in the WNBA.”

NO SHELL TO BREAK

Colson’s outgoing personality has always come naturally, ever since she shadowed older brother Simmie and emulated his basketball persona. Whatever big brother did, Colson followed close behind. But it was basketball she fell for early in life, and eventually mastered while being recruited at Westside High School in Houston.

Colson, who chose the Aggies over Louisiana State and Oklahoma, told Athletes Unlimited she never felt as if she needed to break out of a shell to become vocal or a motivational leader on the court. Everything she did came naturally simply because she always liked to have fun, loved to laugh, and it spilled onto the court.

“It didn’t require any kind of like breaking out of the shell; the way I am off the court is the way I am on the court,” she said. “I think they’re just things that are in people. I think there are leadership qualities that are in people and sometimes they just start to reveal themselves. Other people, they can be taught some of those things and taught how to become a better leader.”

Per Blair, he saw those intangibles early in Colson’s career and has enjoyed watching one of his favorite floor general’s mature over the years.

“She was one of the leaders because she could bring humor with fact and say it the right way,” Blair said. “I think she could be groomed into being the next commissioner of the WNBA, or the president of the players association (who could) do what Gene Upshaw did way back in the days for the NFL. That type of leadership.

“Her opponents, referees and her teammates all love her because it’s not about her, it’s about we and about having fun and skill level at the same time. And that’s why she was one of the spokesmen in the WNBA, even though she wasn’t the star.”

Colson said it’s one of her most important attributes, is to always be ready no matter the role she plays on a team, knowing she could be called upon at any moment to perform in any situation. It’s something she credited Blair and Texas A&M for instilling in her during her time in College Station.

“How we practiced, how we worked, how we played – it was easy for me to transition and continue to work and stay ready,” said Colson, a three-time captain who was inducted into the Texas A&M Hall of Fame in 2021. “That’s the tough part about being a pro and you’re not a star on a team, it’s hard. You have to stay ready; you don’t know if and when an opportunity will come. But you stay prepared for the moment when it does. And the moment that you start to slack off or get bothered by the fact that your world isn’t what you want it to be, I think that’s when you can screw yourself.”

Colson, who is tied for being the winningest player in Texas A&M program history (115-29), added staying ready and working hard while believing she was good enough to make it to the pros was enough motivation for her time on the court.

But the numbers never mattered to Colson, as much as her presence and experience did. She’s always understood there were times all the pieces to her jigsaw puzzle wouldn’t come together when she wanted them to, and also knew there was a big picture. This is why her love for the game was a constant reminder it was her job to stay ready.

“I’ve played roles on different teams and minutes will vary, but I think I stuck on teams for as long as I did because I just stayed ready and was a good teammate,” Colson added.

It’s unclear where Colson’s career is headed this summer, and if a team will hit her line.

She’s been with five teams during her career, the last one in Chicago for the 2020 season, where the league was in a bubble due to the pandemic.

And she has no qualms if her WNBA career is over.

“I’ve done things to where as much as I love basketball, basketball is not the thing that fuels my life, and I don’t define my worth based on whether or not I’m playing in the WNBA,” Colson said. “I still love basketball. Still competitive. I’m still capable.”

This is why she’s excited about the opportunity to not only introduce Athletes Unlimited’s inaugural season to a fanbase who adored her once but that she’s sure will fall in love with a league chock full of some of the world’s best women’s basketball players, but also elated to be a mentor for some of the younger players.

She also knows the energy she can bring as a vocal leader will become contagious on the court, and will reverberate into the crowd.

“I think the competition is going to be great,” Colson said. “I love the fact that we’re going to be in Vegas, because being with the Aces and having the Aces come to Vegas brought out this fanbase that has probably shocked a lot of people.”

Speaking of shock, her fans may or may not be surprised to find out she’s embarked on an acting career.

After a parody of an Anita Baker song on her Instagram account caught the singer’s eye, and she suggested Colson pursue the entertainment industry, it made sense to carry her jovial personality into acting and comedy.

Colson, who started taking acting lessons in January 2021, recently performed her first stand-up comedy routine and is ready to pursue entertainment the same way she went full throttle during her basketball career.

“It’s opened my eyes to a new world, and it’s been really fun, and I enjoy it,” Colson said. “So I’ve been taking that seriously. And we’ll see what comes of that.”

Blair, who is set to retire after this season, said if someone were smart in Las Vegas, they’d hire her to run a “whole damn casino,” knowing she’s that good with relationship skills, something that sets her apart.

Until then, Blair said he’ll always have his credenza.

“In my chair, looking at my point guards,” he said. “And they’re an extension of me.

“Sydney is always one of my favorites. Always will be.”