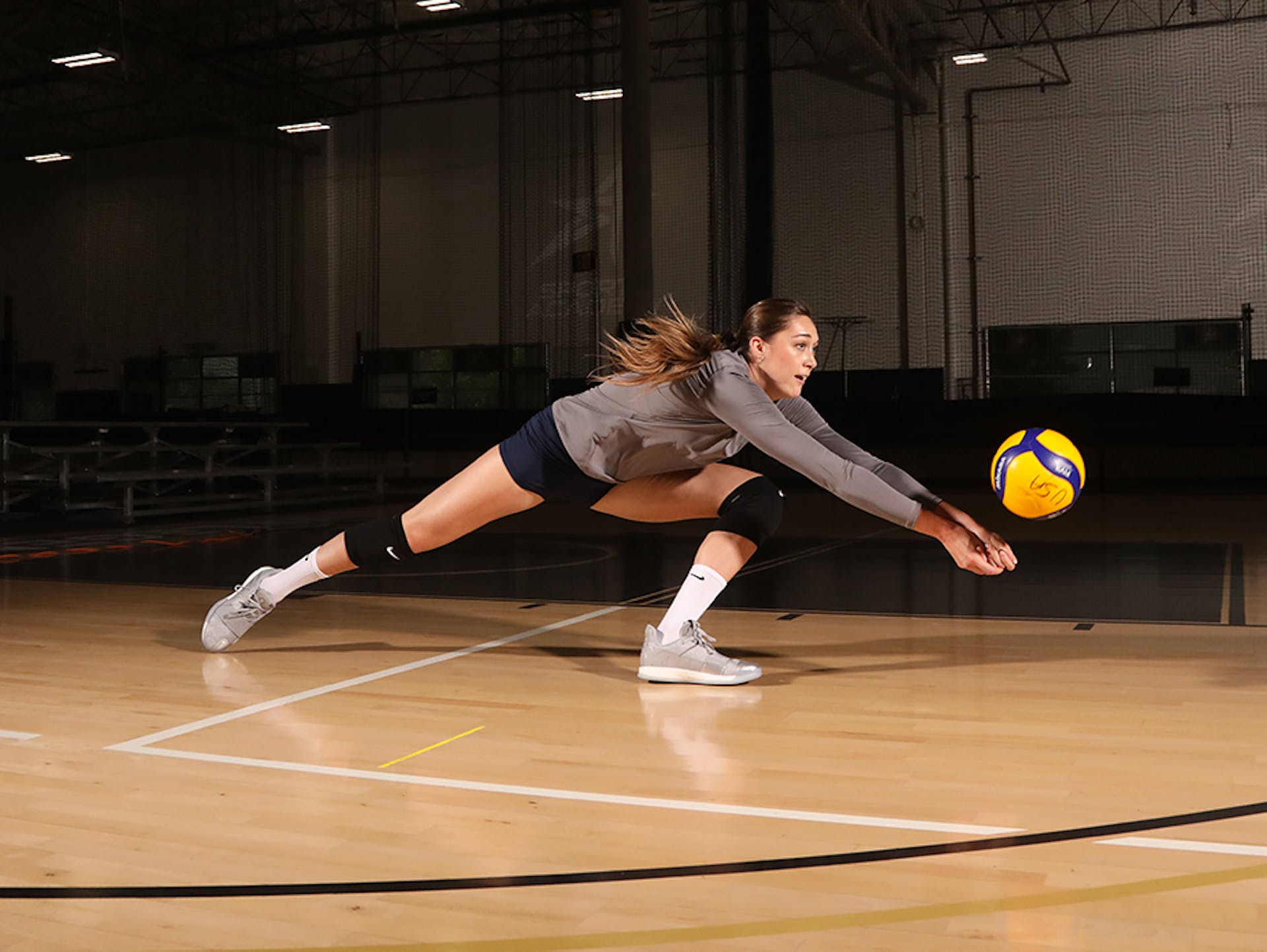 With 2020 behind us, many people are feeling hope, excitement, and uncertainty about the year ahead. One thing is for sure in 2021: it’s a good year for women’s volleyball.

If you haven’t heard yet, Athletes Unlimited is kicking off its inaugural women’s indoor volleyball league starting on Feb. 27. Forty-four of the world’s best athletes will come together to compete at the highest level and battle it out for the top spot on the leaderboard. Athletes Unlimited is welcoming the sport you know and love into its innovative model, complete with the weekly drafts, individual stats, and jam-packed action that Athletes Unlimited has become known for.

Players have the opportunity to earn points at both the individual and team level, and no matter what position, any of the 44 players can rise to the top. But in order to ensure everyone has a fair shot, we have to consider a couple of questions. First, what match format would best motivate players to compete for win points until the very end? And second, how should we value these win points to reward strong teams and raise the stakes for close games?

A good place to begin is to look at what’s currently being done. The Fédération Internationale de Volleyball (FIVB) scores teams by playing best of five sets, with each set being played to 25 points, win by two. If the teams reach the fifth set, the final set is played to 15 points, win by two. While this format fits well within an FIVB competition schedule, it’s not an ideal format for Athletes Unlimited for two reasons.

First, a format like this could put undue physical strain on the athletes. During the season, athletes play against each other in three matches on consecutive nights for five straight weeks. If every match has the potential to extend to five sets, the physical load may decrease the quality of play over time and increase the likelihood of injury. We needed to identify a format that is more sustainable over a short, intense season.

Let’s address this second concern first. There are a number of approaches one could take to minimize the amount of variability in scoring opportunities, including a running total, a clock-based system, and a fixed number of sets.

The running total format is based on the argument that superior teams are the most likely to emerge victorious in a format that runs for long stretches of time — say, first team to 80 points — with few interruptions (aka set breaks). However, it becomes difficult to equitably award points when the segments are fewer and longer. In a model where teams continually accumulate points, the leader would start the next segment with an advantage, and the points that might be assigned for winning that segment would be biased towards the leader.

Another possible format involves a clock-based system, with the team leading at the end of the time period declared the victor. While this format exercises the highest amount of control over the total available win points and the athlete load, it’s a very difficult and unpopular system to implement. The short and sporadic nature of a volleyball rally lends itself poorly to a clock format.

Finally, there’s the option to play a fixed number of sets, regardless of how many sets are won by a particular team. This is the solution that best meets the criteria we’re looking for: fixed sets would allow us to afford more control over total athlete load, limit the match duration, and more closely standardize the points scored in an overall match.

Now that we’ve decided that the athletes will play a fixed number of sets, we need to address the physical load on the players. One possibility is to keep the five sets but to reduce the number of points needed to win each set. However, the shorter the set becomes, the more likely it is that a random winner will emerge.

The other possibility is to keep the number of points needed to win each set (25, win by two) but to reduce the number of sets played (from five to three). This solution provides the superior team adequate time to emerge victorious by the end of the set, reduces the physical load on the players, and standardizes the number of scoring opportunities for everyone in the league. Playing sets to 25 points has other advantages as well: it’s familiar to current fans of the sport; it maintains format continuity after athletes return to their respective teams; and it integrates seamlessly with commonly used volleyball statistics software, which are designed to measure 25-point sets.

But what happens if a team wins the first two sets? How can we make the third set still compelling enough to watch? This is where the win points come in.

One unique aspect of any Athletes Unlimited scoring system is how it awards points to players across smaller units of time. Just as an inning can be considered a “micro-game” of a softball game, a set can be considered “a micro-match” of a volleyball match. Evaluating performance within these smaller segments more accurately reflects the competitive arc of the match and rewards players accordingly. Even if Team A ultimately wins the match by winning the first and third sets, rewarding Team B for their victory in the second set acknowledges that Team B put up a good fight (and probably made the match more interesting to watch).

A common approach would be to declare the team that won the most sets the winner. This would make sense in some scenarios, but if a team wins the first two sets, then there’s nothing stopping you from turning off the TV. Sure, there may be individual points still on the table for the third set, but chances are the third set just won’t be as fun for anyone except the winning team.

See how this could make a match more interesting? Let’s assign some point values — 40 points for a set win and 60 points for winning the match — and see what happens.

In Match 1, Team A was clearly dominant, winning all three sets. For their undeniable superior performance, they walk away with all of the spoils: a whopping 130 points.

If Match 2 had followed a “best of three” format, the match would have ended after the second set. However, the third set allowed Team B to come back, winning a close set against Team A. While they weren’t able to score enough points in the first two sets to ultimately win the match, they also don’t walk away empty handed.

Match 3, however, is the most interesting outcome. In a “best of three” format, this match would have ended after the second set, like Match 2. However, Team B was close behind in the first two sets and found their groove in the third set, crushing Team A by a decent margin. This earned Team B enough cumulative points to win the entire match. Still, Team A and Team B were so evenly matched that Team A walked away with only 10 points less than Team B overall.

The main takeaway from these discussions is that every moment counts. A team who may be down on their luck in the first two sets still has the opportunity to shape the outcome in their favor. This means the stakes are higher in every competition, both for the athletes and their fans. Measuring performance by sets not only more accurately rewards athletes for their contributions throughout the match, it also allows fans to jump into the action at any point in the match and easily follow along. And with the fixed set format, we can ensure equal scoring opportunities across all 44 athletes.

Deja McClendon expanded her horizons in the off-season