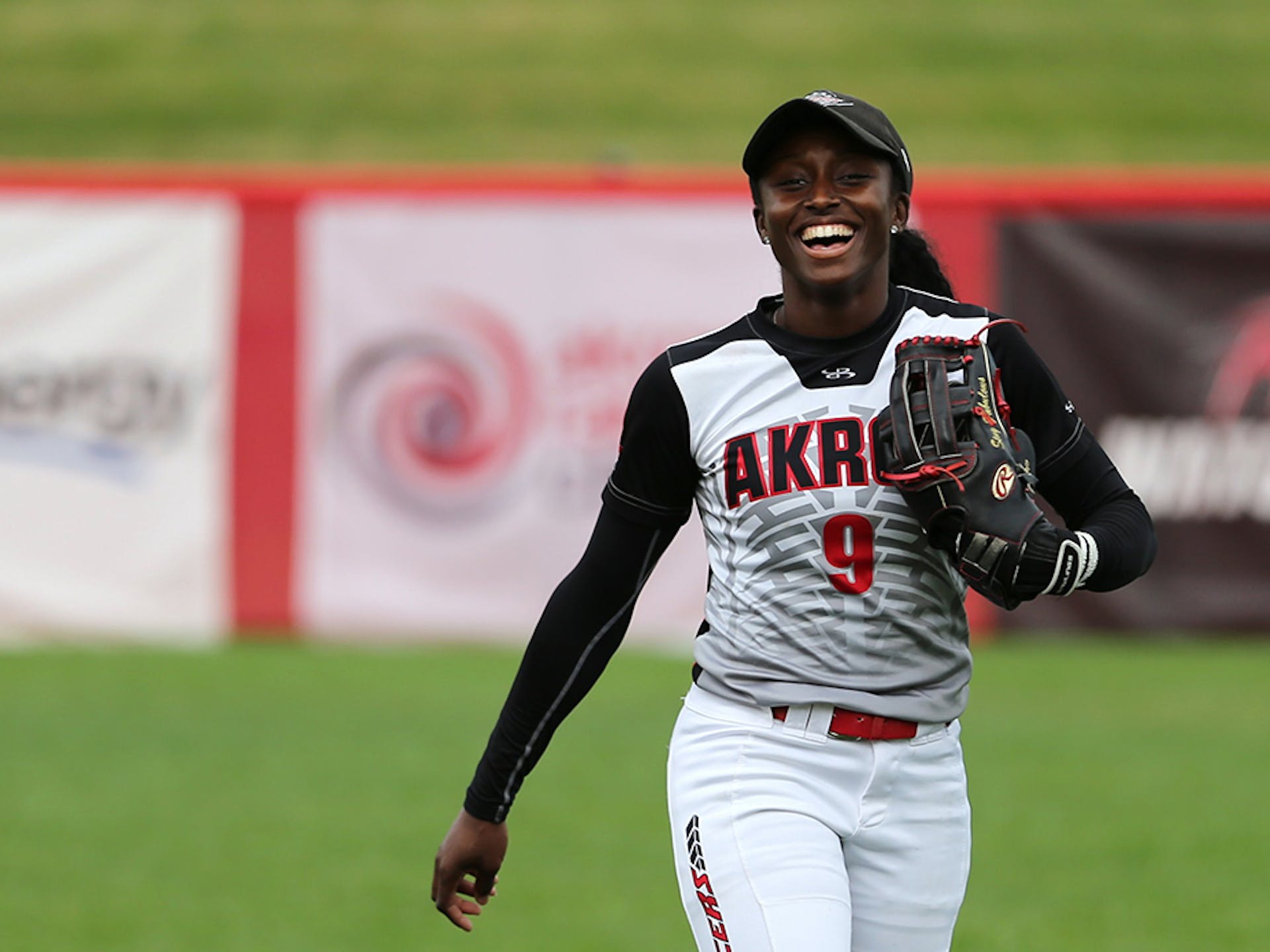 After AJ Andrews finished making an appearance on the ESPN broadcast at the 2015 SEC Tournament, analyst Jessica Mendoza approached the LSU senior outfielder to tell her how good she was on camera.

Andrews was planning to become a sports agent, but the encounter prompted her to pivot in another direction.

“Jessica Mendoza sparked my media career by saying that,” Andrews said. “I went back to get my master’s degree in mass communications at LSU and the rest is history.”

Since graduating from LSU, Andrews has been pursuing her twin passions of softball and media to grow her brand. She has the opportunity to combine both this summer while participating in the inaugural Athletes Unlimited women’s pro softball league.

The six-week season begins August 30th at Parkway Bank Sports Complex in Rosemont, Ill. The league features 56 players, including 20 Olympians, representing 33 different Division I college programs from across the country.

All 30 games will be broadcast on CBS Sports Net or ESPN platforms, and game highlights will be distributed on the social media channels of WAVE.tv.

To introduce fans to the league, AU is holding a launch event on Wednesday afternoon at 3 p.m. ET that will feature panel discussions about the elevation of women and sports that includes Olympic pitcher Cat Osterman and Jessica Mendoza; about athletes and ownership with former All-Americans Gwen Svekis, Aleshia Ocasio, Sam Fischer and Andrews; and about the AU’s virtual fan experience with former NCAA Player of the Year Kelly Barnhill.

“This league is an opportunity for softball to really make waves in the mainstream media and for people to get excited about the sport. Professional softball has been trying to do that for a long time,” said Andrews, the first female to win a Gold Glove. “College softball has broken through with so many people watching and the ratings continue to go up. This is a chance to try to transition that to a professional league with a unique, creative and unorthodox method. It could be crazy enough that it works.”

Athletes Unlimited is based on a fantasy-like system and gives players a big say in decisions the league makes. There are no team owners or general managers, and players get to share in the profits, along with at least $10,000 guaranteed salaries plus bonus money.

There is no team champion. The overall champion will be the player with the most points based on team wins, MVP honors and individual statistics.

The rosters will change weekly, with the four players with the most points drafting teams as captains.

The league has embraced a media-driven strategy with an emphasis on connecting with fans through digital, social and broadcast media.

That is right in Andrews’ wheelhouse.

In a partnership with AU, she has already launched a podcast called “HardHeaded” that dives into the minds of top players to understand how they developed their skill set and understand their process.

“There is always an opportunity to grow and always someone out there doing something better than you are,” Andrews said. “It’s not just for young kids, it’s really for anyone of any age to develop and get better.”

Andrews is juggling several different media projects. She was recently featured in a documentary called “Knocking Down the Fences” that details her struggle to make a living playing professional softball despite her award-winning college career.

She is hoping to collaborate with NBA superstar Kevin Durant’s media company to give a behind-the-scenes look at AU. Durant and his agent Rich Kleiman are co-owners of Thirty Five Ventures, and are members of the AU advisory board.

“Everything right now is very preliminary,” Andrews said. “There is not too much information right now. But I’m hoping it will come out after the season and be an amazing perspective on what the season looked like.”

🎙 “It’s so important to simplify the game and just go with what you’re given.”

Andrews is one of the few Black professional softball players.

“Softball has definitely not been at the forefront of the sports when it comes to social justice issues in the country. It’s definitely not one of the first sports you think of,” Andrews said. “I think we are really behind with the different issues taking place, and I hope this is a catalyst and truly something that is leading us toward a new culture within softball.”

Andrews has worked with MLB youth academies the last three years targeting minorities to get them more involved in baseball and softball. She believes much more needs to be done to increase the diversity on the diamond.

“People need to be diving into those conversations and being OK with being uncomfortable and not knowing the answer,” Andrews said. “To really make a change and make an impact, we have to go into different areas and go talk to different individuals and allow them to see representation. I feel the voices of all the Black athletes need to be elevated and have a platform to share their experiences.”

Andrews arrived in the Chicago area over the weekend to begin preparing for AU’s season. The players had to test negative for Covid-19 before arriving, and will be in a semi-bubble environment. They will be residing in a hotel or apartments, be shuttled to and from the field and have their food delivered.

To make sure the inaugural season gets played amid a pandemic, the players will have a responsibility to each other not to break protocol.

“We are all adults and it just comes down to following the rules,” Andrews said. “If you get Covid, you have to sit out two weeks and that is two weeks of money coming out of your pocket with the way the league is set up. You are losing an opportunity to climb the ranks. Is that decision worth it? It’s your choice. I am just hoping everyone makes the smart decision.”

AU in Tokyo: Cat Osterman strikes out nine in return to Olympic stage