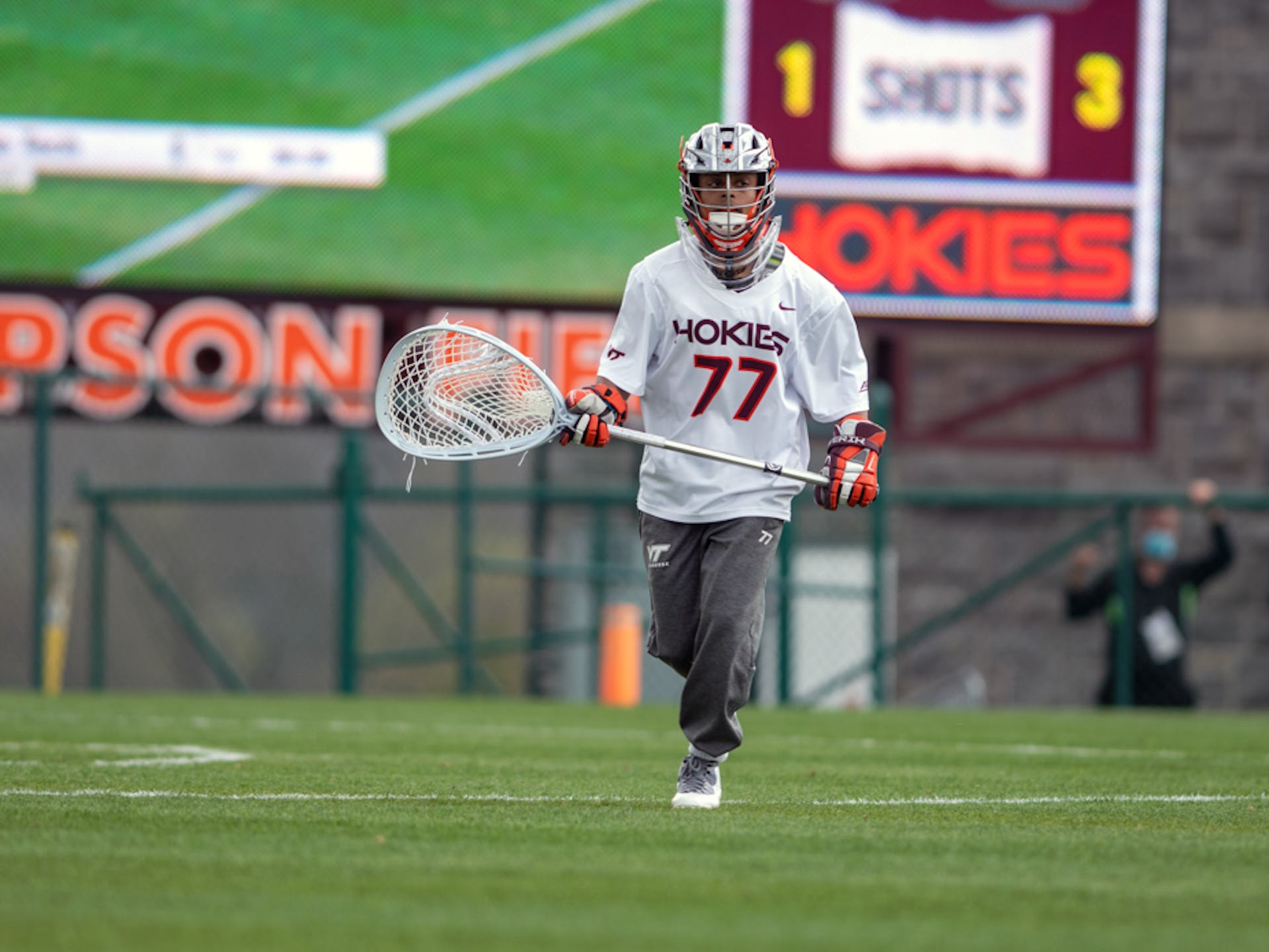 When you watch Angie Benson take the field for Athletes Unlimited this summer, you likely wouldn’t guess that the draftee out of Virginia Tech quit lacrosse for over two years during college. She’s one of the greatest young goalies in the game, but her road to professional lacrosse has been anything but easy.

Benson’s home of South Florida wasn’t heavily recruited for lacrosse, so her path to the collegiate level was not straightforward. College recruiters only saw her play because they were watching someone else on her team, but that small moment of visibility led to an offer from Towson University in Maryland.

She earned the starting spot in goal as a freshman, but during her sophomore year Benson made the decision to leave Towson. Her dad was sick, Maryland was freezing compared to her hometown of Palm City, Fla. and she wasn’t happy playing anymore.

“It really just wasn’t my place,” she said. “I left and went back to Florida.”

Benson briefly joined the lacrosse team at a local Division II school, but it wasn’t the right fit. She was a member of the team for about 48 hours before quitting lacrosse again— this time, for over two years.

“During those two and a half years I was living on my own. I had to figure out how to put a roof over my head without making that phone call back to Mom and Dad.”

When Benson thought she might be done with lacrosse for good, an unexpected opportunity arose: coaching. There was a growing need for lacrosse coaches in her community, with most experienced players away at college, so Benson’s skills were in high demand.

“I had people coming to me, asking me to coach their kid. I was like, ‘Uh, ok,’ but it started paying my bills. It started putting food on my plate. I started getting more and more kids, and I was paying for rent with that,” she said. “It kind of just took off.”

What started as informal coaching sessions for some local kids quickly became AMB Athletics LLC, a business serving young athletes throughout multiple cities in South Florida. There had been a lack of high-quality lacrosse coaching in her home state, so Benson and her staff of elite instructors are helping to grow the game.

While Benson found a new passion in coaching, her dream of playing professional lacrosse was as strong as ever. She tried to find loopholes around playing in the NCAA again, even competing in Israel to acquire film footage, but every professional team she talked to told her to go back to school.

“I couldn’t figure out what to do,” she said.

Over two years after she had left collegiate lacrosse behind, one phone call changed everything. Virginia Tech was looking for a goalie, and former head coach John Sung called Benson out of the blue to offer her a spot on the team.

Benson agreed without a doubt, but not before ensuring that Virginia Tech would give her the platform to play professional lacrosse.

Sung promised that they would set her up to play professionally if she put in the work, and Benson did exactly that. So began a lengthy process of getting reinstated in the NCAA since Benson had given up her amateur status. She had to pay, do community service, and relinquish control of AMB Athletics, which she gave to her father, to return to collegiate lacrosse.

“I wasn’t reinstated until right before my first game,” Benson said. “I had two weeks to prepare.”

With just two more seasons remaining in her collegiate career, Benson left everything she had out on the field. She made 83 saves in the 2020 season, posting an astonishing 7.38 GAA — the second best in the nation. In 2021, she made 95 saves and finished her career with Virginia Tech’s program record for best GAA in a career at 10.30.

On June 8, 2021, Benson’s hard work paid off. She was one of 13 NCAA players selected in the inaugural Athletes Unlimited lacrosse draft, and she will make her professional debut this summer in Maryland.

“I didn’t know if I could still continue lacrosse, and Athletes Unlimited is guaranteeing a certain platform. Our sport’s been through a lot, so I’m excited for it.”

Benson is looking forward to Athletes Unlimited’s distinctive style of play, which will bring an entirely new scoring system and an opportunity to compete alongside a variety of other great players.

“It’s different, it’s unique, it’s incentivized. They really value players, and I think that’s huge,” she said. “I’m excited to play with my former enemies who could now be my potential teammates, and play at a super high level. I’m just trying to have fun with it.”