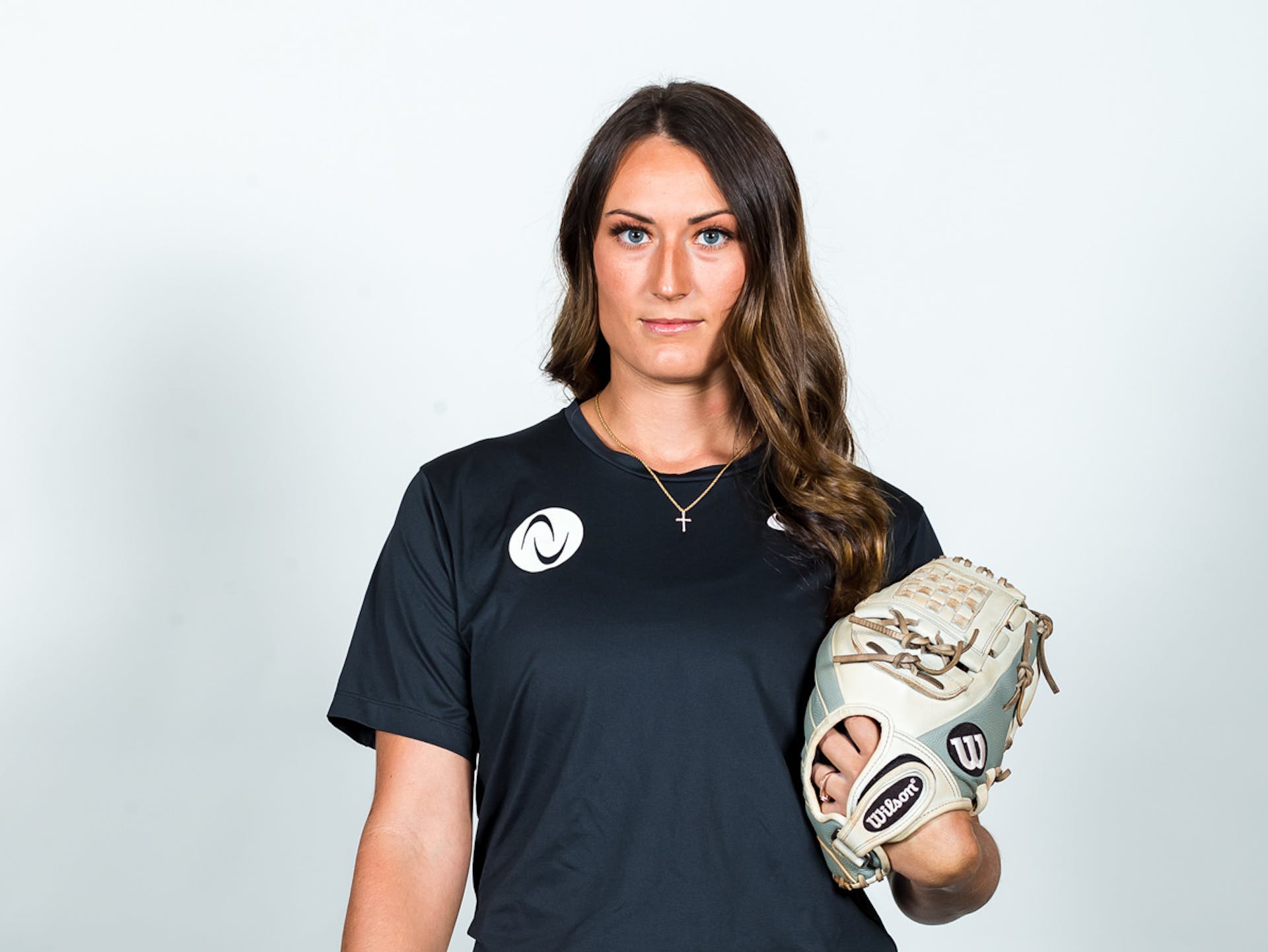 “A blessing in disguise”: How Gina Snyder’s remarkable comeback led her to the pros

During her junior year of college, Gina Snyder almost had to give up softball for good.

The right-handed pitcher started her career at Purdue University, seeking a change from her home of Tucson, Arizona. The frigid Indiana winters certainly provided an unfamiliar environment, but Snyder loved every minute of it.

“At the time it had everything I wanted,” she said. “I honestly did love it. I loved the girls, and my experience was good.”

She knew that Purdue would bring challenges—a new climate far from home, different teammates and an elevated level of play—but what Snyder didn’t expect was a debilitating illness in the middle of her collegiate career.

What started as frequent headaches in January 2017 quickly became much more. She became plagued by nausea, migraines and incoherency, and Purdue’s senior trainer brought Snyder to the hospital after she showed no awareness of where she was.

Snyder spent a week in the hospital undergoing countless MRIs and taking a variety of medications, unable to even recognize her parents when they visited her. Her condition eventually improved enough to get discharged, but she had an arduous recovery ahead of her.

She didn’t know how to walk anymore, so the doctors told Snyder the last thing she wanted to hear: she would most likely never play softball again.

“I was in denial for a very long time,” she said. “I thought I just needed some time. My goal was to get back before we started conference play, so that was giving me three months, maybe two, to really get back on my feet. It took a lot longer than that, obviously.”

Snyder’s recovery involved gaining back the 20 pounds she’d lost in two weeks, re-learning how to walk and building back her strength. The coaching staff at Purdue let her stay on the team and participate in practices, but the season flew by with Snyder on the sidelines, still a long way away from being able to compete at the collegiate level again.

“It wasn’t until the season was basically over when I was like, ‘Okay, I guess I believe I really won’t be back,’” Snyder said.

She left Purdue at the end of her junior year, making the tough decision to give up softball and return home to Arizona to work on her recovery. Being away from her friends, teammates and the sport she loved was almost unbearable, and she experienced intense depression.

The thing that helped Snyder get through her physical and emotional recovery was, fittingly, softball.

The playoffs were in full swing when she went back home, so she attended some of the University of Arizona games as they made a run through the Super Regional. She even got to see Katiyana Mauga’s Pac-12 record-breaking 91st career home run in person, and it quickly became clear to Snyder that she could not live without softball.

“I was obviously still very obsessed with softball, and I kind of just got bored with life,” she said. “I was like, ‘If this is life, why not try it out again?’”

She threw in the backyard with her dad through the summer without a specific goal in mind – she wanted to throw, even if it was just for fun. Starting back from the basics allowed Snyder to develop much stronger fundamentals than she’d ever had.

“I changed so much,” she said. “I really look at it as a blessing in disguise, because I was able to get rid of some bad habits that I had.”

At the end of the summer, a miracle happened: Arizona was looking for another experienced pitcher, since Danielle O’Toole had graduated in the spring, so Snyder was asked to try out for the team she had dreamed of playing for since she was young.

“I went out there and didn’t know anybody. I had, I think, two days of tryouts… I wouldn’t say they were amazing, but I think the timing definitely worked in my favor.” she said.

Snyder made the team, ecstatic that she had another chance to play collegiate softball after thinking she might never get the chance again. During her redshirt junior year with the Wildcats, she worked with pitching coach Taryn Mowatt-McKinney on not just the physical side of the game, but the mental side, which took her pitching to an even higher level than it had ever been at Purdue.

“Coach T said right when she met us, ‘Throw every pitch, whether it’s in the bullpen or in a game, like it’s the last pitch in the World Series.’ I really took that to heart, especially because I had softball taken away,” she said.

The very first start of Snyder’s senior year in 2019 was an exhibition game against Team Japan, who was ranked No. 2 in the world at the time and has since won a gold medal at the Tokyo 2020 Olympics. She was just happy to be pitching in her senior season, something she didn’t expect she’d get the chance to do after her illness.

Perhaps it was because of her joyful, burdenless mindset that Snyder made history in that game; she became the very first collegiate pitcher to throw a shutout against Team Japan.

“I really had nothing to lose, so I just went out there and had fun,” she said. “It was not a perfect game, I definitely missed spots… I think I hit, like, three or four batters. I was definitely nervous, but I somehow didn’t let that phase me and I just focused on having fun. I really fell back on how much work I had put in.”

Snyder went on to put up an incredible final collegiate season, going 5-0 with victories over the defending champion and No. 1 Florida State University, as well as the eventual 2019 champion, No. 3 UCLA. It was an apt ending to her hard-fought journey to return to softball.

She decided to pursue coaching after graduating from Arizona, but she had dreamed of playing professionally ever since her Purdue teammate Ashley Burkhardt was drafted by the Dallas Charge of National Pro Fastpitch. She wasn’t sure if it would be a reality for her, but then she got the call from Athletes Unlimited this summer. A late addition, Snyder was signed just two weeks before the first game.

“Athletes Unlimited has really given more of an opportunity and given a goal for people. I definitely was a little surprised, especially just being [signed] so late, but I was like, ‘Yes, I will drop everything for this.’”

With three weekends remaining in the season, Snyder just wants to learn as much as she can from the veteran athletes she is sharing the field with – particularly the legendary Arizona alumni that she’s looked up to her entire life.

“Hopefully I get to play with everybody on their team, and I just can’t wait to pick their brains and kind of find out how they do things, just because there are so many ways to play the game,” she said. “I’m also coaching at UNF (University of North Florida), so eventually I’ll hopefully have a successful career in coaching, and so being able to pick the brains of such elite athletes is probably my favorite part aside from having fun with everybody and getting to see all my old teammates again.”