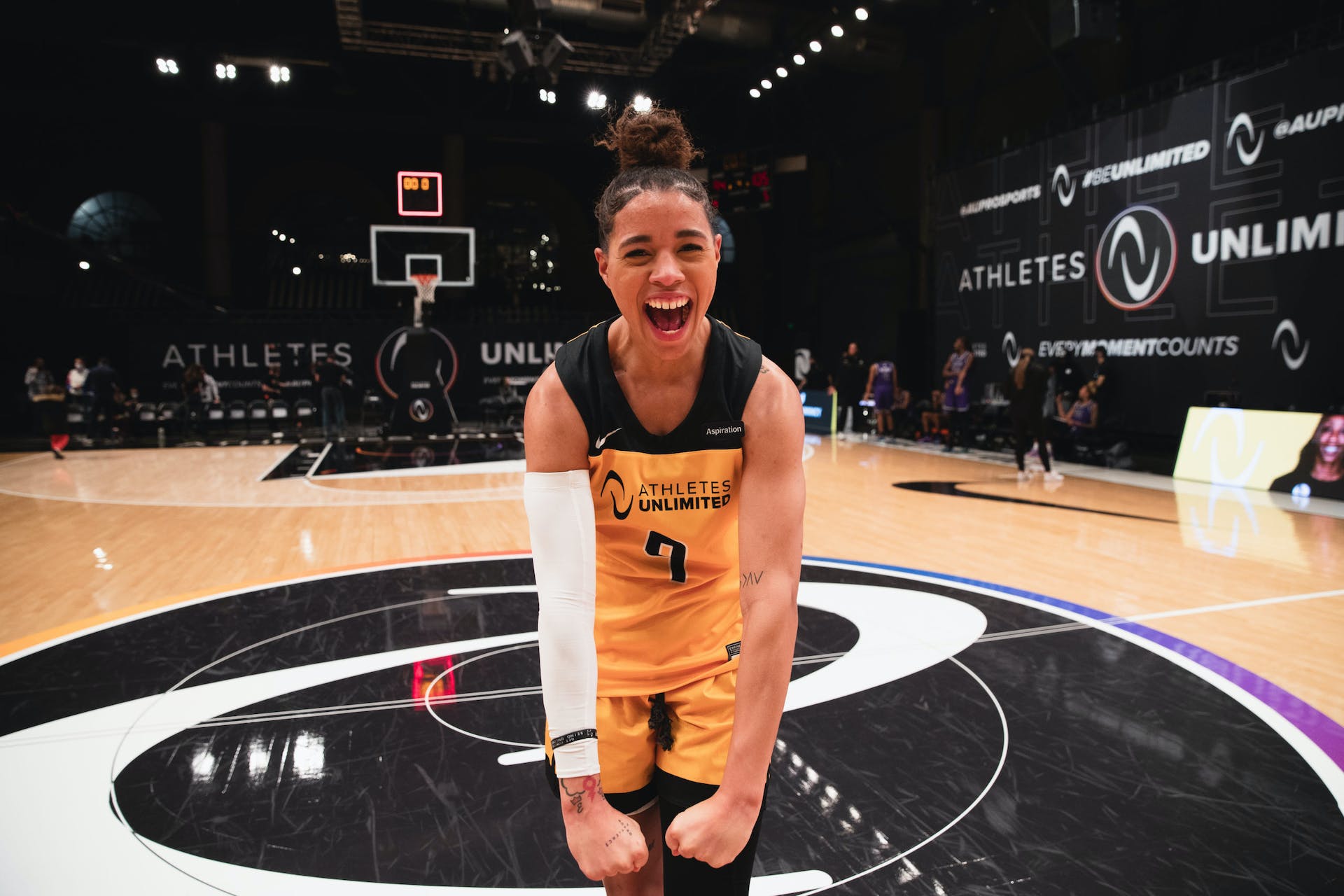 This week we’re on Cloud 9 and chronicling the experience of Natasha Cloud as the gold team captain.

Heavy is the head who wears the crown, especially sitting atop the leaderboard. The introspective point guard digs even deeper this week to pick apart her opponents, be the leader her team requires and bring the energy. Let’s dig in, or as Cloud would excitedly say, “YUH.”

Natasha Cloud is back in the captain’s chair but this time it’s official. Cloud was one of the scrimmage captain’s during the preseason but now the points, wins and leaderboard are on the line. Cloud will be without Isabelle Harrison this week which she’s not stoked about. The two had established themselves as quite the duo in Week 1 but three straight wins took not only Cloud but Harrison to the top of the leaderboard as well.

Cloud knew who she was gunning for in her first five or so picks. “I was trying to put myself in the other captain’s minds so I could really get a grasp for who I would have,” Cloud explained.

Dijonai Carrington was a must. Cloud describes the two as “like-minded” in that their offensive production stems from the pressure they apply on defense. One could argue that they’re not only like-minded but reading each other’s minds for how they find each other during games and create wowing assists. Kalani Brown, her second pick, was a definite for Cloud too. They’d never played together before but Cloud was determined to get Brown her first win.

“I think I can put her in a successful situation, especially with the point guard I am of really picking apart those balls screens actions with us.”

From game day to draft day and back to game day again 😅 @T_Cloud4 told me about the quick turnaround time to be ready to draft and her vision for the gold squad.

Tune in tonight at 9 PM ET on Bally Sports to see them in action vs. Team Russell #AUHoops pic.twitter.com/eglN5ii6AQ

From there she picked more familiar faces. Cloud, Carrington, Ty Young, Marjorie Butler and Destinee Walker were a part of Carrington’s squad that finished 3-0 and averaged 95.3 points per game last week.

There’s little time to relax when you become a captain. After her victory on Saturday night, Cloud spent the evening starting to plan for the draft the next day. Now that she had her team together, practice plans need to be made as well as strategy for the schemes they would run on both sides of the ball.

With so little time to install an offense, Cloud dipped into the familiar to get her started.

After six seasons in the WNBA with the Washington Mystics, she has quite the playbook she’s memorized and brought some of those ideas to practice on Monday. It was important that Monday was a walk-through so their bodies would have time to rest.

They spent most of their time installing plays focused around ball movement and establishing groups for substitutions that would flow and have chemistry.

There’s only one absolute must on practice days when Cloud is running things: music. And be ready to crank it.

Team Cloud was able to execute much of what they implemented in practice. Their half court defense could be killer. At different points in the game they were able to hold Team Russell scoreless for close to four minutes.

As for the offense? It started and ended with the captain herself who flirted with a triple double. She finished the night with a career-high 30 points as well as eight assists and seven rebounds to lead her team to a 105-94 victory.

What a performance to start out week ✌️

Back in the gym the following afternoon, this is Team Cloud’s final chance to button things up before the last two games of Week 2.

“It’s a hard balance of making sure that I’m protecting bodies after a tough game last night where we’re really battling until the end and also getting their minds to the next game,” Cloud said after coming back from the training room.

I could pick @T_Cloud4’s mind about basketball all day. Her as a captain takes it to the next level.

We talk about how being a point guard prepared her for the role and the thing that will get her REALLY fired up in the huddle (spoiler alert, it’s defense) ⬇️ https://t.co/SQOGRw0fWC

When reflecting on her 30-point game the night before, it’s moments when everyone contributed that make Cloud light up.

The energy was high for the Gold-Blue match up on Friday night. Not only would Week 1 teammates go head to head, but a wager was on the line too.

I’ve been waiting for @AUProSports to get spicy 🤣🙂🔥

All throughout warm ups Cloud was feeding off that energy, dancing through her pregame stretches and bouncing through the lay ups lines.

At some points in the night it seemed like everything was clicking for the group in gold. They battled back and forth with Team Harrison all game, the lead switching back and forth.

The two teams split the quarter wins but it was Team Harrison who came away with their first victory of the week, 95-89.

Cloud took off quickly from the court after the final buzzer. Not from the loss, but from a hard fall she took in the fourth quarter diving for the ball. She stayed in the game, but hitting the back of your head can be tough to shake off.

Now 1-1 on the week, Team Cloud has an opportunity to finish strong. Their final match up of the weekend is with Team Brown on Saturday night at 7 p.m. PT on Bally Sports RSNs. The question will be if their chemistry can outmatch an equally magnetic Team Brown whose captain, Lexie Brown, remains undefeated.

If there’s one thing to be learned spending a week with Captain Cloud, it’s never to count her out. Even when time is running out and she’s deep downtown – she’s going to take her shot. Count it.

Every week, we’ll be following a captain as they draft their teams and plan their practices for upcoming games. Follow Savanna Collins on Twitter @savannaecollins for more insider looks at their strategies, games and more.