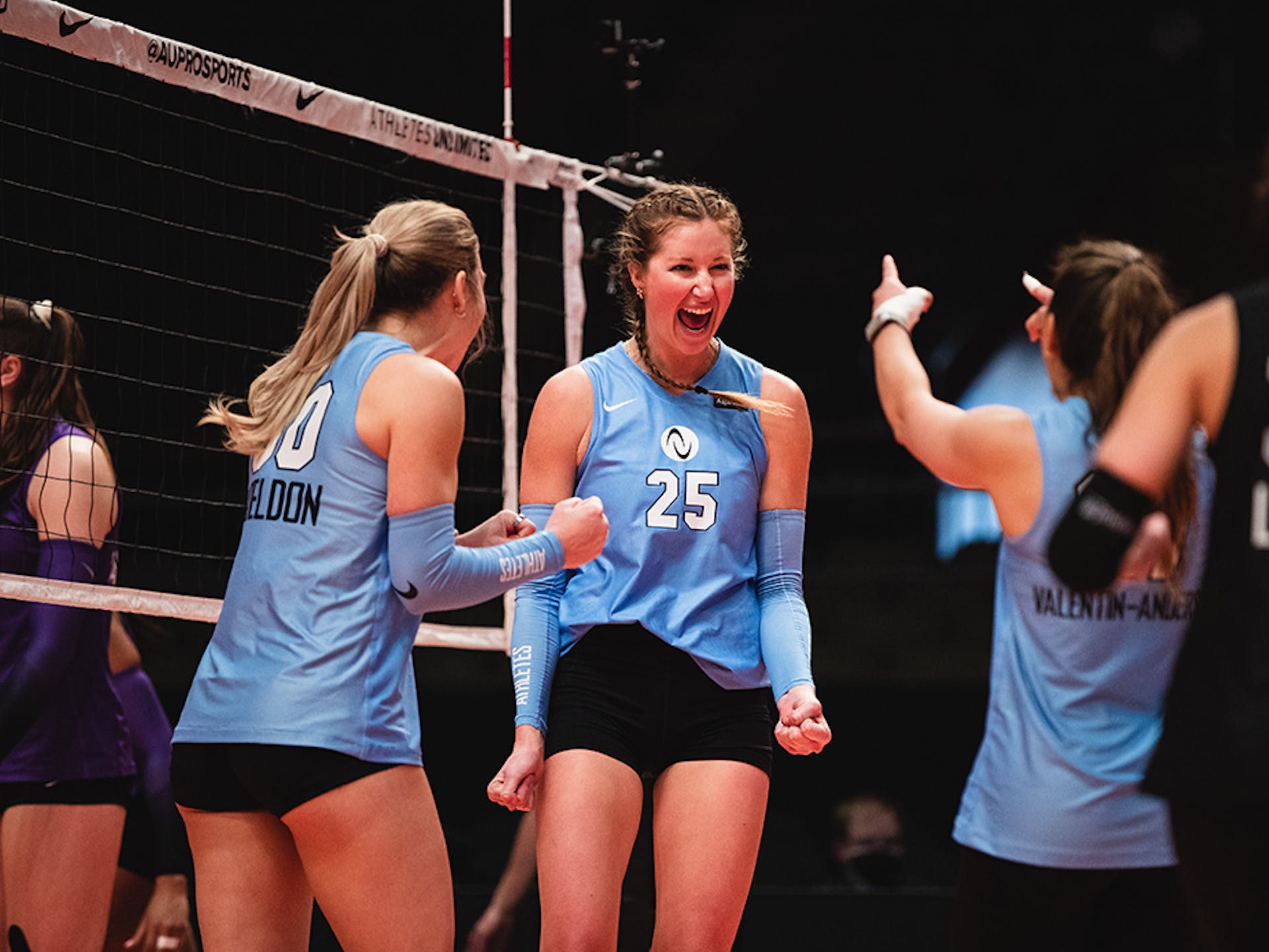 Lowe posted her third double-double of the season with a team-high 15 kills on 31 attempts while adding 10 digs in the victory. Villines, meanwhile, poured in 12 kills and nearly finished with a double-double after posting nine digs. Setter and team captain Natalia Valentin-Anderson dished out 37 assists with seven digs.

Team Stivrins, which split its first two matches to begin the week, was paced by a match-high 19 kills from outside hitter Leah Edmond while opposite hitter Falyn Fonoimoana also reached double figures with 11 kills along with six digs.

Team Valentin-Anderson used 11 kills from Lowe and six kills from Stalzer to claim the first two sets by scores of 25-22 and 25-23, respectively. But, Team Stivrins avoided the sweep by claiming a 25-23 victory in the final stanza. Edmond tallied six kills during the set to lead the charge for Team Stivrins, which hit .306 in the third set.

Team Valentin-Anderson finished with 140 of the 180 possible win points, while Team Stivrins salvaged the remaining 40 points with its third set victory. Lowe led all athletes with 338 leaderboard points, including 40 points as the MVP 2 recipient, to earn her third match with 300 or more points this season. Edmond followed with 254 points after earning the MVP 1 award, while Villines fashioned a season-high 252 points.