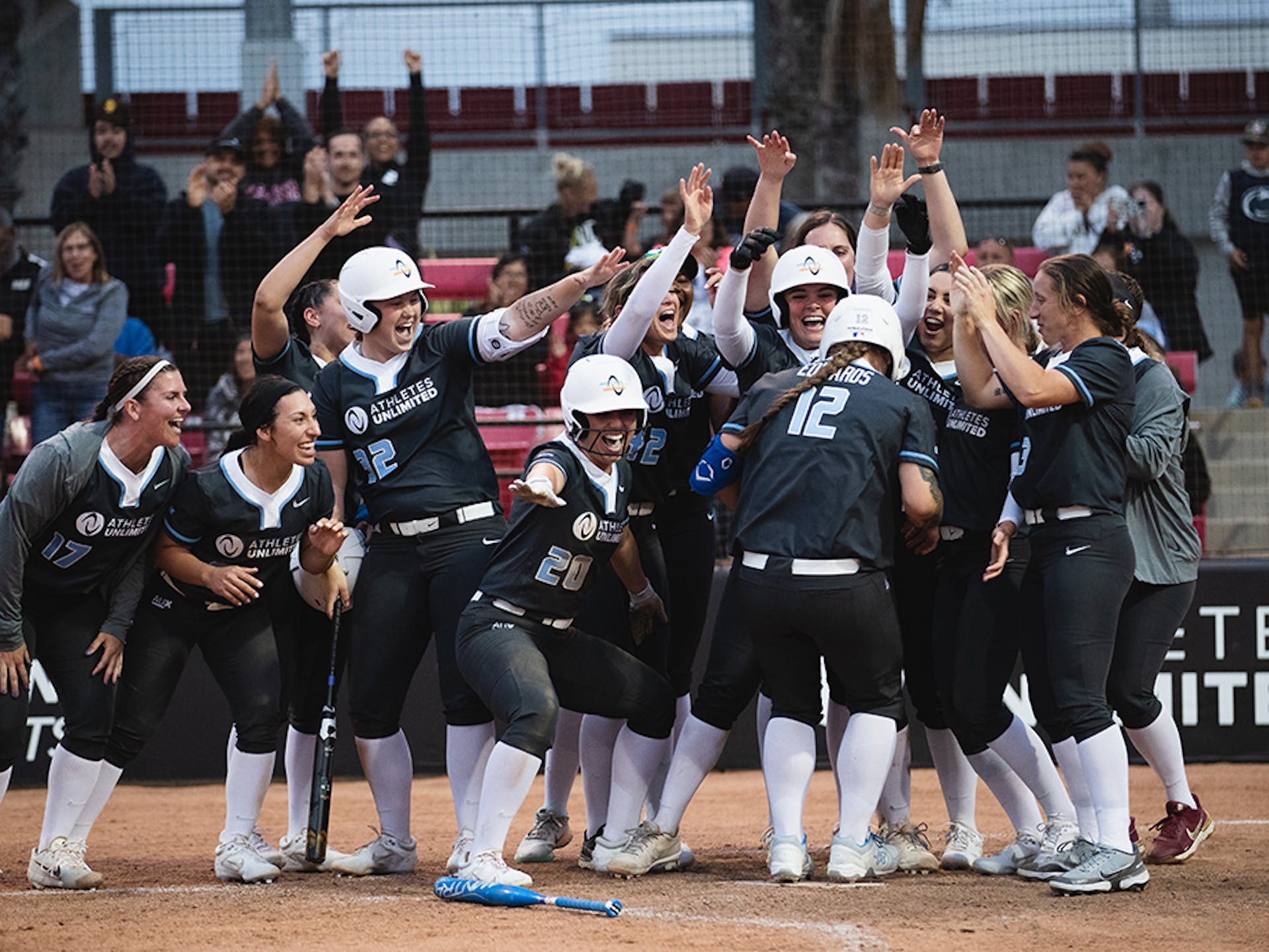 SAN DIEGO — A home run in AUX Softball usually earns an athlete 40 leaderboard points. But, for designated player Taylor Edwards, her seventh-inning blast meant more as it gave Team Eberle a 6-5 victory over Team Ocasio in the nightcap of Monday’s doubleheader at SDSU Softball Stadium.

In addition to gaining the 40 points for the home run, Edwards also secured 60 win points as Team Eberle won the seventh inning in addition to the game. She also gained 60 points as the MVP 1 selection and finished the night with a game-high 160 points.

Edwards, who finished the night 1-for-3 with a run scored and three runs batted in, spearheaded a seventh-inning comeback for Team Eberle, which trailed by a 5-2 margin before scoring four runs in its final trip to the plate.

Team Ocasio, which lost both of its games on Monday, was paced by left fielder Amanda Lorenz’s three hits, while catcher Jordan Roberts and shortstop Sydney Romero each added a pair of hits.

Danielle O’Toole took the loss for Team Ocasio, giving up four runs on three hits in 2.0 innings of relief.

Trailing by a 5-2 margin heading into the seventh inning, Team Eberle scored four times with two outs to take a 6-5 lead. Vidales started the rally with an infield single before shortstop Caleigh Clifton walked. Svekis drove in a run with a single to right field before Edwards hit her three-run blast to left field. Team Ocasio got two runners on base in the bottom of the inning, but was unable to complete the comeback.