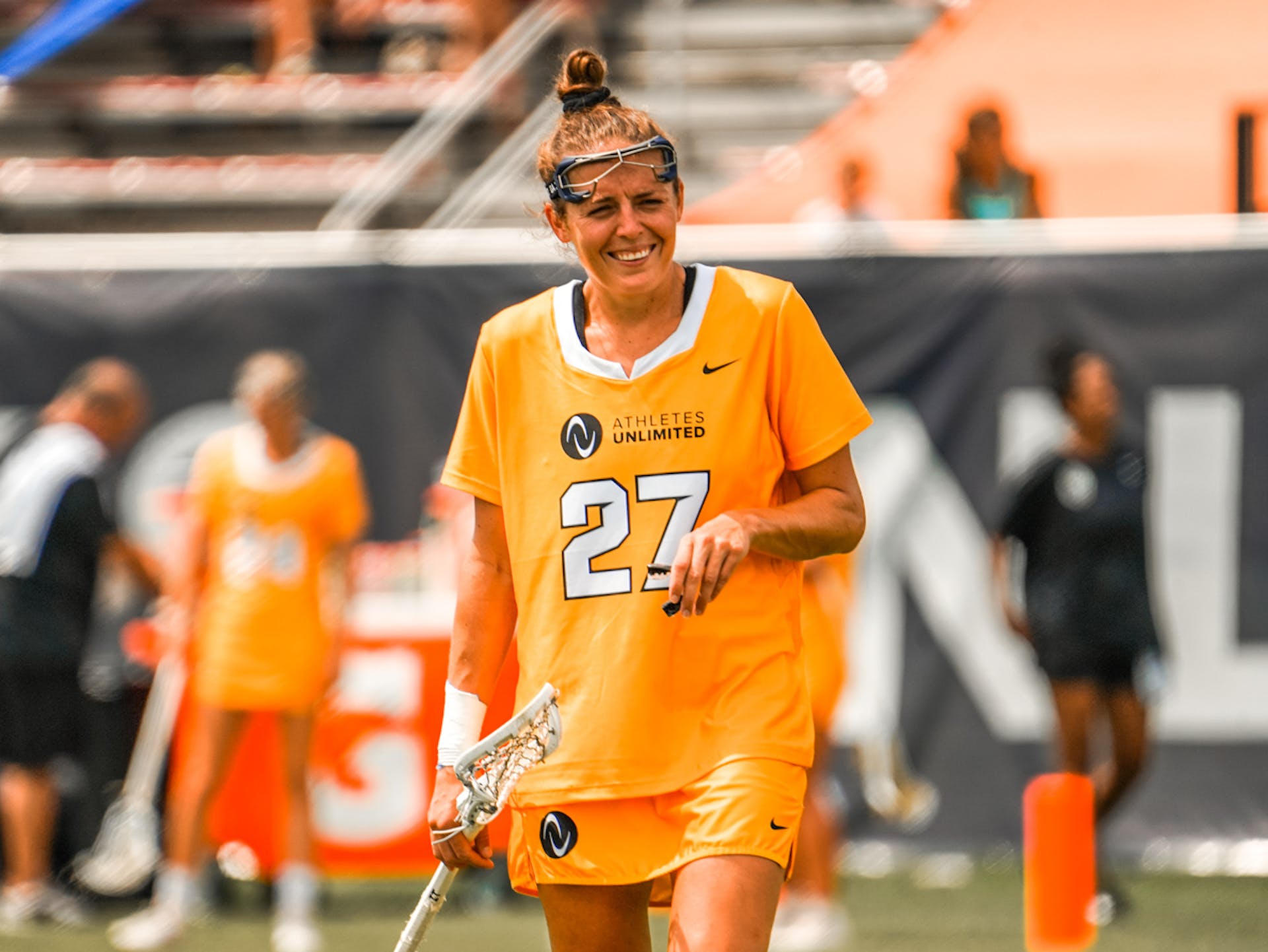 Caylee Waters came in second place with 1,753 points, Sam Apuzzo came in third with 1,685 points and Kady Glynn came in fourth with 1,601 points.

Cummings, a midfielder who played collegiately at the University of Maryland, accumulated 1,943 points this season to land the No. 1 spot at the top of the leaderboard. She was voted MVP 1 two times, MVP 2 three times and MVP 3 three times. Cummings won the most draw controls of any player, tallying 79. She scored 27 goals, had 11 assists and caused 17 turnovers.

Waters, a goalie who played collegiately at the University of North Carolina, accumulated 1,753 points through the season. She was named MVP 1 three times, MVP 2 two times and MVP 3 two times. Prior to getting second place in Athletes Unlimited Lacrosse, Waters won the National Championship with UNC in 2016, and was named the IWLCA National Goalie of the Year in 2015. She is also a member of Team USA. Waters made 92 saves throughout the season.

Sam Apuzzo, an attacker who played collegiately at Boston College, came in third with 1,685 points through the season. She was voted MVP 1 three times, MVP 2 once and MVP 3 three times. Apuzzo was the first Boston College player to win the Tewaaraton award. She led all players in goals with 36. She also won 47 draw controls, picked up 32 ground balls and caused 11 turnovers.

Kady Glynn, a goalie who played collegiately at Loyola University in Maryland, came in fourth place with 1,601 points on the season. She was voted MVP 1 in Week 3. Glynn was the 2019 Patriot League Goalkeeper of the Year. She made 58 saves this season.

Becca Block, a defender who played collegiately at Syracuse University, was voted Athletes Unlimited Lacrosse’s GEICO Defensive Player of the Year. Block gathered 1,314 points through the season, and earned an MVP 1 selection in Week 1. She picked up 22 ground balls, won 19 draw controls and caused 12 turnovers. Block will receive a $5,000 bonus from GEICO for her performance.

The last game of the inaugural Lacrosse season was an important one, with several players in striking distance of the Championship podium. Team Cummings and Team Waters matched up on Sunday evening with both captains seeking the title of Athletes Unlimited Champion. Cummings entered the game in first place on the leaderboard, with Waters trailing her by 187 points in second place.

Team Cummings defeated Team Waters 7-5, and Cummings held onto her first place spot to secure her title as Champion of Athletes Unlimited Lacrosse.

Here are the highlights from the final game in the inaugural Athletes Unlimited Lacrosse season:

The stands were filled with excited fans for the final game of the season, eager to witness the crowning of the first Lacrosse Champion.

Just 20 seconds into the game, Kenzie Kent put Team Waters on the board early.

Waters held it down on defense for her team through the rest of the first quarter, making several saves to keep the score 1-0 after the first frame.

Both defenses continued their strong play in the second quarter, shutting down the opposing attackers. Levy tried to sneak a behind-the-back shot past Read, but the Team Cummings goalkeeper stuffed the shot.

With just over two minutes left in the half, Nicole Levy shot a rocket past Read from behind the 8-meter for a 2-point goal, putting Team Waters up 3-0. This was Levy’s seventh 2-point goal of the season, passing Shayna Pirreca for the most in Athletes Unlimited Lacrosse history.

Sam Apuzzo finally got a point on the board for Team Cummings at the tail end of the second quarter, bringing the score to 3-1 at the half.

SUPER SAM is SHOWING UP! 🤩@SamApuzzo scores a ROCKET to get Team @tcummings_21 on the board at the end of the 2nd quarter!#BeUnlimited // 📺: @CBSSportsNet pic.twitter.com/BohR7zjlKE

Kelly McPartland scored Team Cummings’ second goal on a quick stick shot. It initially looked like the goal would not count and result in a red card, but the referees gave McPartland the goal after review. With just under four minutes left in the third quarter, Team Waters led 3-2.

Ella Simkins immediately answered with a goal for Team Waters, scoring her third goal of the season on a bounce shot – the most by any Athletes Unlimited defender.

Ella Simkins spins her way down the field to give Team @seawaters7 a 2 point lead! #BeUnlimited // 📺: @CBSSportsNet pic.twitter.com/TadPszcNxY

Apuzzo scored her second goal of the game with under two minutes left in the third quarter, going into a full dive to release the shot.

With under four minutes remaining in the game, Apuzzo secured the hat trick with her third goal of the game. It was a 2-point goal, so it gave Team Cummings a 5-4 lead.

Sam Apuzzo’s 2-pointer secures her spot in the top 4!

From not winning a game in the first two weeks, to working her way up the leaderboard and setting records, Sam Apuzzo is ELITE. @AUProSports #BeUnlimited

Marie McCool extended Team Cummings’ lead with her 28th goal of the season, putting Team Cummings up 6-4 with less than 90 seconds remaining.

With under a minute left, Taryn Vanthof scooped a ball into the back of the net off a rebound from Haley Warden’s shot to bring Team Waters within one. Lindsey Ronbeck scored on a breakaway off a great pass from Taylor Cummings, putting the gold team up 7-5.