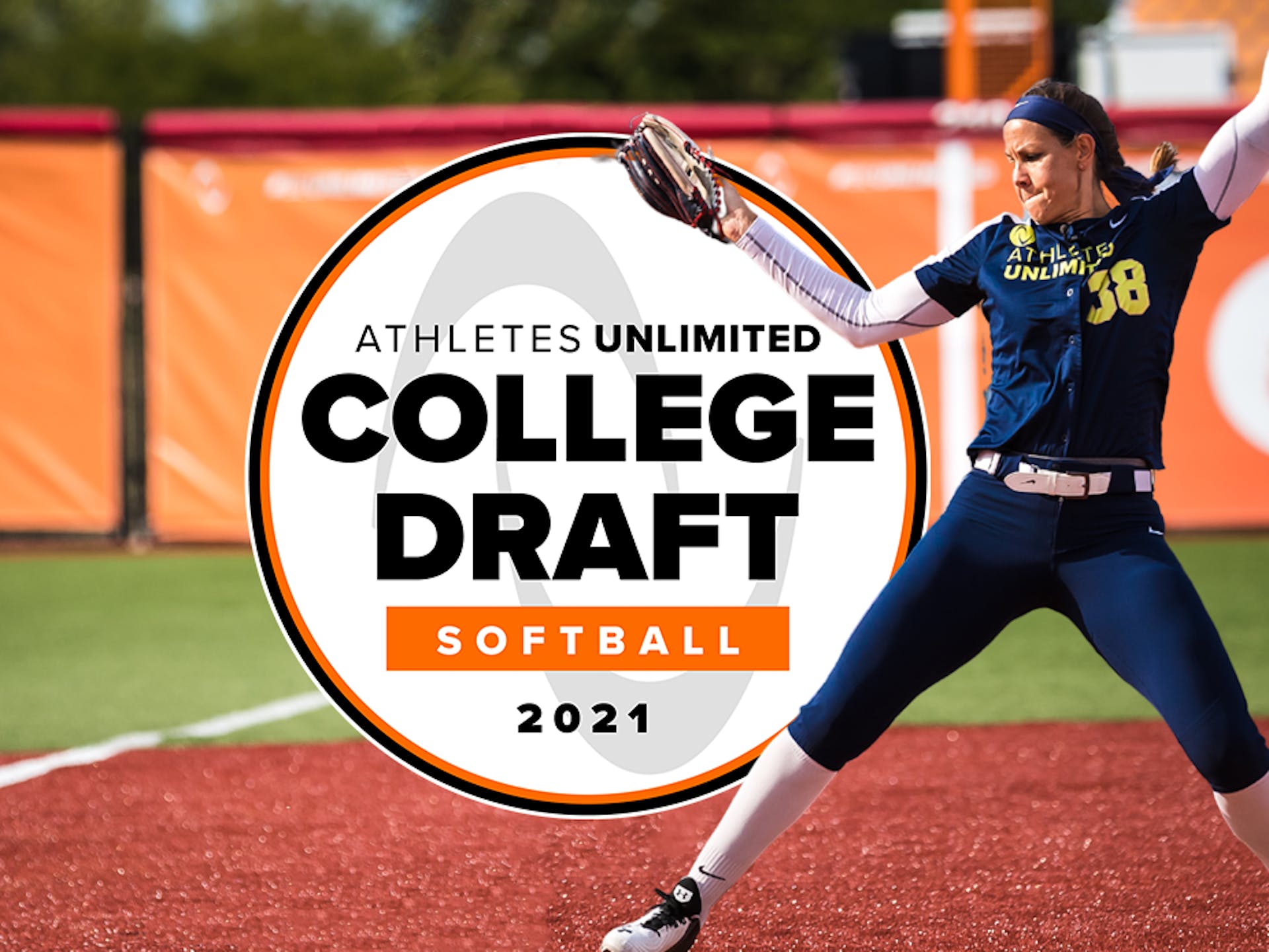 On a day when Athletes Unlimited announced major new additions to the roster of signed players for the 2021 season, it also announced today that it will conduct its first College Draft for qualifying NCAA Softball Players. The Draft will be streamed on Facebook on May 10th at 8 p.m. ET and feature the participation of some of the biggest names in sports as guest presenters including Miami Marlins General Manager Kim Ng and ESPN Broadcaster Jessica Mendoza. Athletes Unlimited also announced that it will host Open Tryouts June 25 – 26 for elite softball players to showcase their skills with the hopes of being invited to compete in Athletes Unlimited’s second softball season to be held at Parkway Bank Ballpark in Rosemont, IL, from August 29 – September 27.

The Athletes Unlimited College Draft Show will feature the announcement of the 12 college seniors with exhausted NCAA eligibility who will be invited to join the league for the upcoming season. Each player will be announced by either a member of the Athletes Unlimited Softball Player Executive Committee or one of several trailblazers in professional sports including Miami Marlins General Manager Kim Ng, softball icon and philanthropist Natasha Watley, Team USA and Athletes Unlimited inaugural Softball Champion Cat Osterman, ESPN Analyst and Athletes Advisory Board member Jessica Mendoza, Canadian Olympian Danielle Lawrie, former University of Oklahoma All-Star first baseman Lauren Chamberlain and Texas A&M legend Amanda Scarborough.

“We are thrilled to have some of the biggest names in professional sports help us announce the 12 college graduates being invited to join Athletes Unlimited Softball as part of our first Athletes Unlimited College Draft Show” said Victoria Hayward, Head of the Softball Player Executive Committee, and member of the Canadian Olympic team.

In addition to announcing the College Draft, Athletes Unlimited also announced it will host a two-day open tryout in Rosemont on June 25 – 26. Tryouts will be open to the general public for athletes 18 years of age or older and all applicants must complete an entry form prior to attending.

“As a player driven league, it is so exciting to see the inaugural group of college players that the players already signed to play in the 2021 season have selected to invite to join the league” said Jon Patricof, CEO and Co-Founder of Athletes Unlimited. “This is the only league in the world in which the players themselves determine who is invited to join the league.”