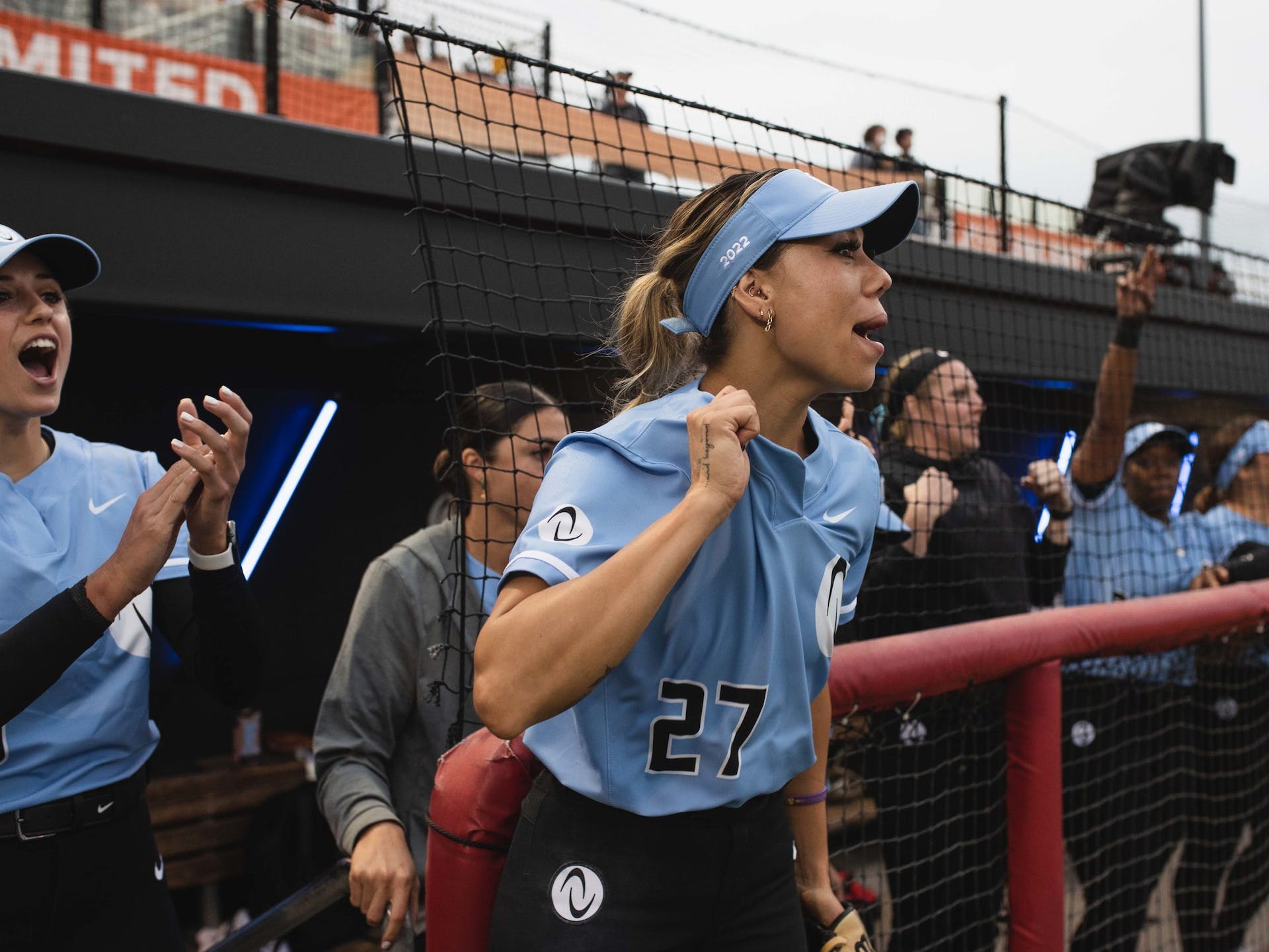 ROSEMONT, Ill. — While the temperature at Parkway Bank Sports Complex may be uncharacteristically cool for this time of the year, it didn’t keep the bats from getting warm during Sunday’s Athletes Unlimited Softball opener between Team Chidester and Team Jaquish.

And while it may have taken a while for things to heat up for Team Jaquish, the bats were on fire in the later innings en route to a 12-8 victory over Team Chidester.

The win allowed Team Jaquish to complete its Week Three schedule with a 2-1 record, while Team Chidester dropped to 1-2 following its second straight setback.

Team Jaquish used hits from eight different players in the victory, including a pair of three-hit performances from middle infielder Aubrey Leach and corner infielder Tori Vidales. Leach finished with a 3-for-5 effort, while Vidales was 3-for-4 with a run batted in.

Catcher Sashel Palacios garnered MVP 3 distinction after driving in three runs along with going 1-for-2 with a walk and a run scored.

Middle infielder Abby Ramirez claimed the game’s top MVP honor after posting a 3-for-4 effort with three runs batted in. Ramirez, who finished with a game-high 170 leaderboard points, just missed registering a cycle after posting a single, double and triple, while scoring a run in the seventh inning.

Captain Amanda Chidester added two hits en route to an MVP 2 outing, including her fifth home run of the season in the fourth inning. Chidester accumulated 158 leaderboard points, marking the sixth time she has reached the 100-point mark in nine games this season.

Rookie Peyton St. George earned her first win as a professional after allowing one run on one hit in 2.0 innings of relief with a strikeout. Fellow newcomer Maggie Balint suffered the loss after giving up five runs on three hits in 0.2 innings.

Trailing by a 7-1 margin in the fifth inning, Team Jaquish erupted for 11 runs in its next two trips to the plate to claim a 12-7 lead it did not relinquish. The squad sent 10 hitters to the plate and scored four runs in the fifth before exploding for seven runs one inning later. Team Chidester salvaged the inning win points in the seventh inning by scoring a run, but did not get any closer.