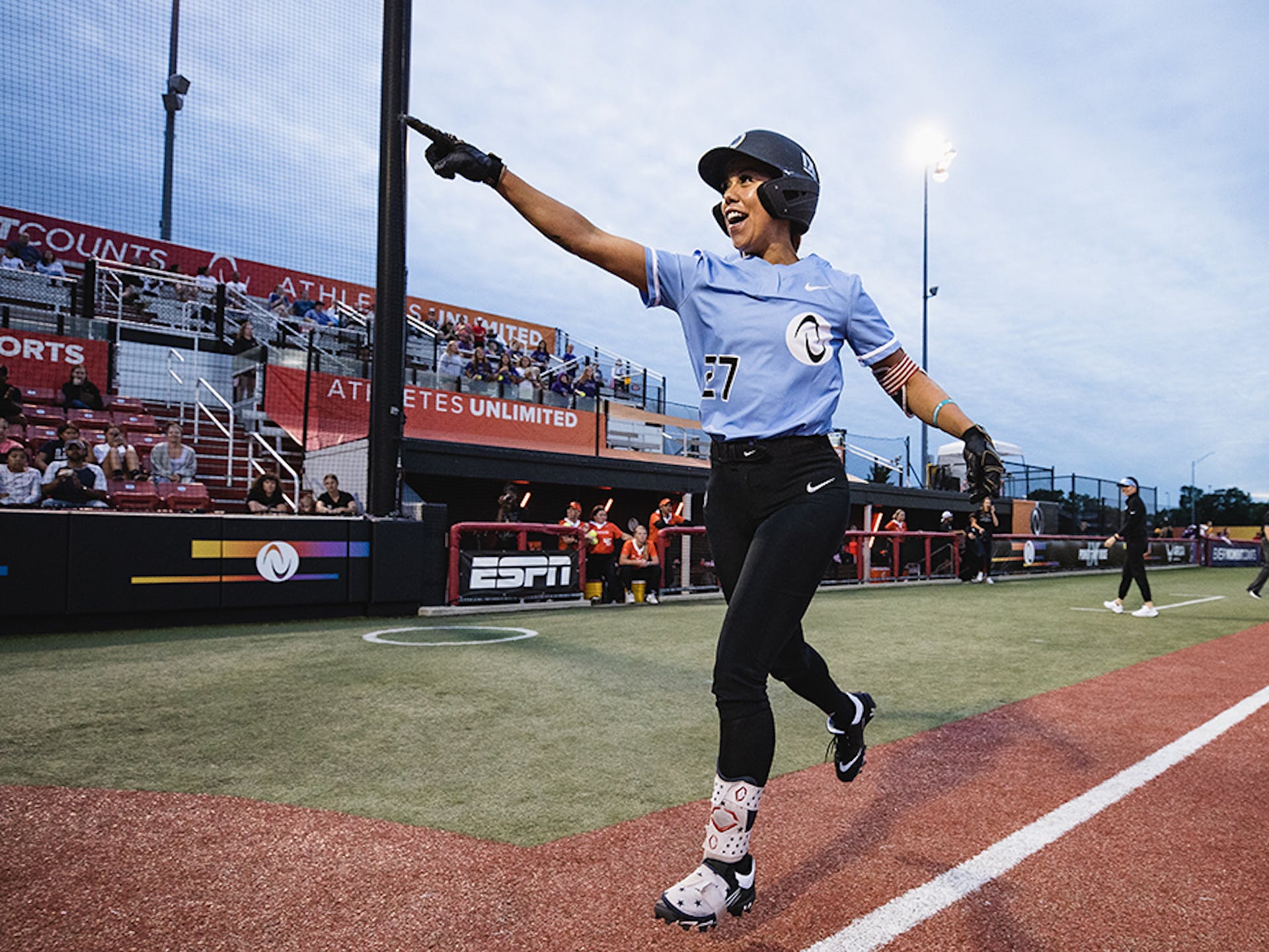 ROSEMONT, Ill. — Sometimes, a little late inning magic is all you need to get into the win column.

Team Jaquish provided the latest example of this on Friday night, scoring five runs in the top of the seventh inning to outlast Team McCleney in the first game of Week Three in the 2022 Athletes Unlimited Softball Championship Season at Parkway Bank Sports Complex.

Pitcher Danielle O’Toole claimed MVP 1 honors after spinning her second straight complete game, finishing the night with 244 leaderboard points. The former Arizona Wildcat, who upped her record to 2-1 in the circle, scattered six hits and allowed just one earned run while striking out two hitters.

Team captain Sahvanna Jaquish paced the offense by going 2-for-4 with a home run and three runs batted in, collecting MVP 2 accolades and 200 leaderboard points in the process.

Designated player DJ Sanders completed the MVP trio after hitting her first home run of the season in the fourth inning and finishing the night with a 2-for-4 performance and two runs scored.

After the teams battled to a 2-all tie through six innings, Team Jaquish exploded for five runs on five hits in the top of the seventh inning to claim a 7-2 advantage. Jaquish got the outburst started with a three-run home run to left field before RBI doubles by Kelsey Harshman and Tori Vidales extended the advantage to five runs.

O’Toole elevated her position on the leaderboard by 15 spots after compiling her 244 points on Friday night. Meanwhile, Jaquish’s 200 points moved her into the top spot pending the results of Friday’s second game between Team Mulipola and Team Chidester.