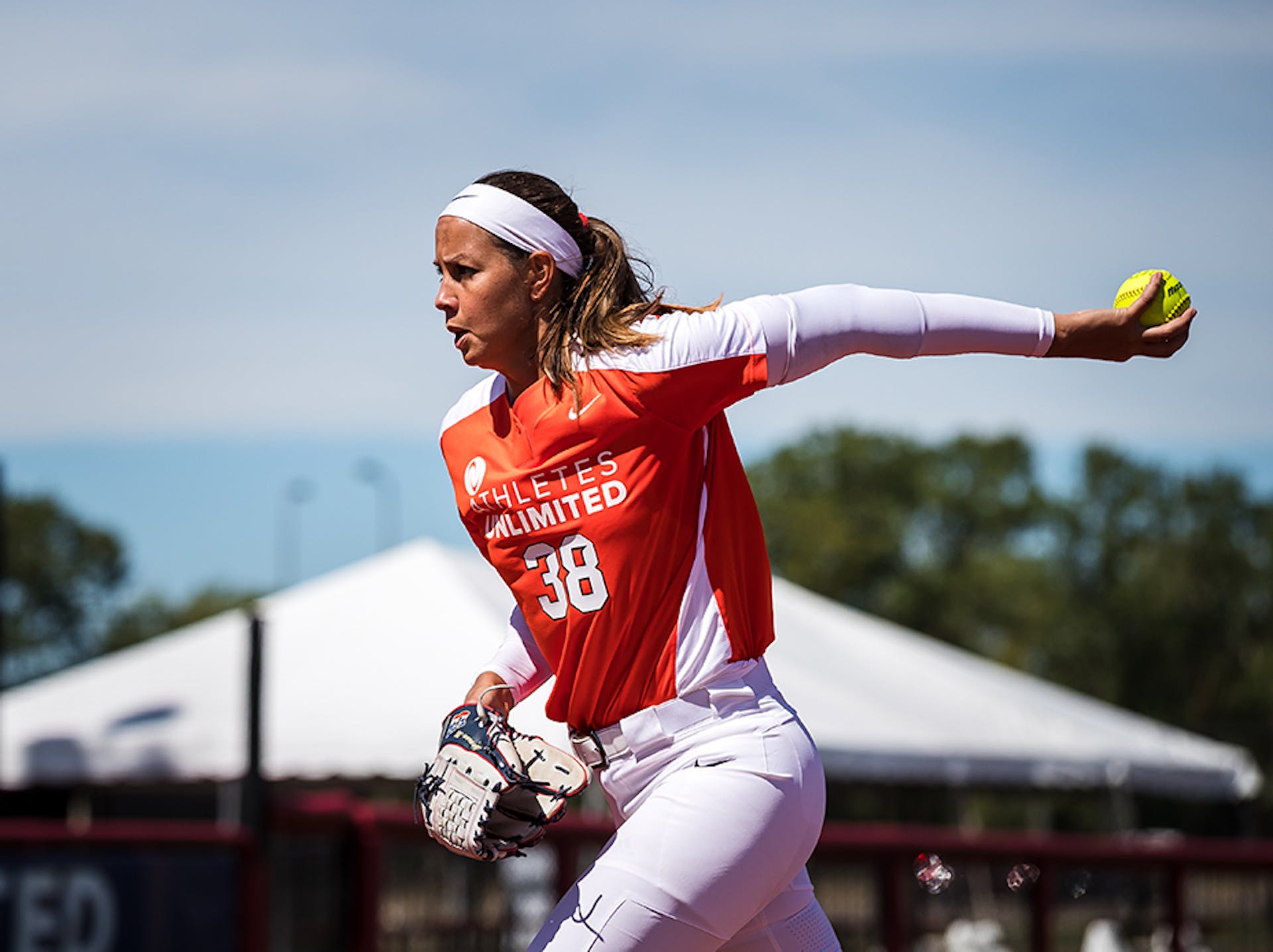 The sun shone brightly on a beautiful Saturday afternoon in Rosemont, Illinois, as Athletes Unlimited officially kicked off its inaugural softball season. No one’s star was brighter than that of veteran pitcher Cat Osterman, who pitched five shutout innings for Team Warren (Orange) in an 11-3 victory over Team Fagan (Purple).

For her efforts, the 37-year-old Osterman won MVP-1 honors and scored a game-leading 230 points, 60 for being the top MVP, 110 for her team winning the game and 60 stat points for her in-game performance.

At noon Central time, Osterman fired the first pitch – a strike – in the regular-season history of Athletes Unlimited Softball.

“Gwen Svekis (catcher) and I were actually talking about that before the game,” Osterman said. “Obviously, if COVID doesn’t hit and everything unfolds the way we thought it was going to be, I would probably be at home and not playing – retired. It’s kind of ironic that I got a chance to throw out the first pitch. But at the same time, I was very honored and blessed to be able to do that and kind of kick us off, obviously with a strike. This is a great opportunity for all of us to be playing again, so I was very happy to be able to deliver the first pitch.”

Team Warren scored a run in the second inning but blew the game open with 10 runs in the fifth, sending 14 batters to the plate. That made things all the more easy for Warren to manage. Warren was named MVP 2, earning 40 points for a grand total of 180, placing her second behind Osterman.

“It just makes the game more fun,” Warren said. “When you have everybody in the lineup that’s hitting, that makes it easier as a captain to make the lineup because we’re hitting 1-9.”

It was a big points day for Team Warren across the board. Aubrey Leach picked up 160 points by going 2-for-3 with a pair of stolen bases. Victoria Hayward, Abby Ramirez and DJ Sanders were next, with 140 each.

For a league that rewards both individual and team efforts, the players said they saw a good mix.

“I think a lot of people assume that the individual points are what we’re going to focus on,” Osterman said. “If you think about it, if your team scores and wins innings and games, you get more points that way than we do individually. I wasn’t sure how it was going to play out between pitcher and hitter but it’s playing out pretty equally. It’s been fun. It’s not as individual focused as people assume it’s going to to be.”