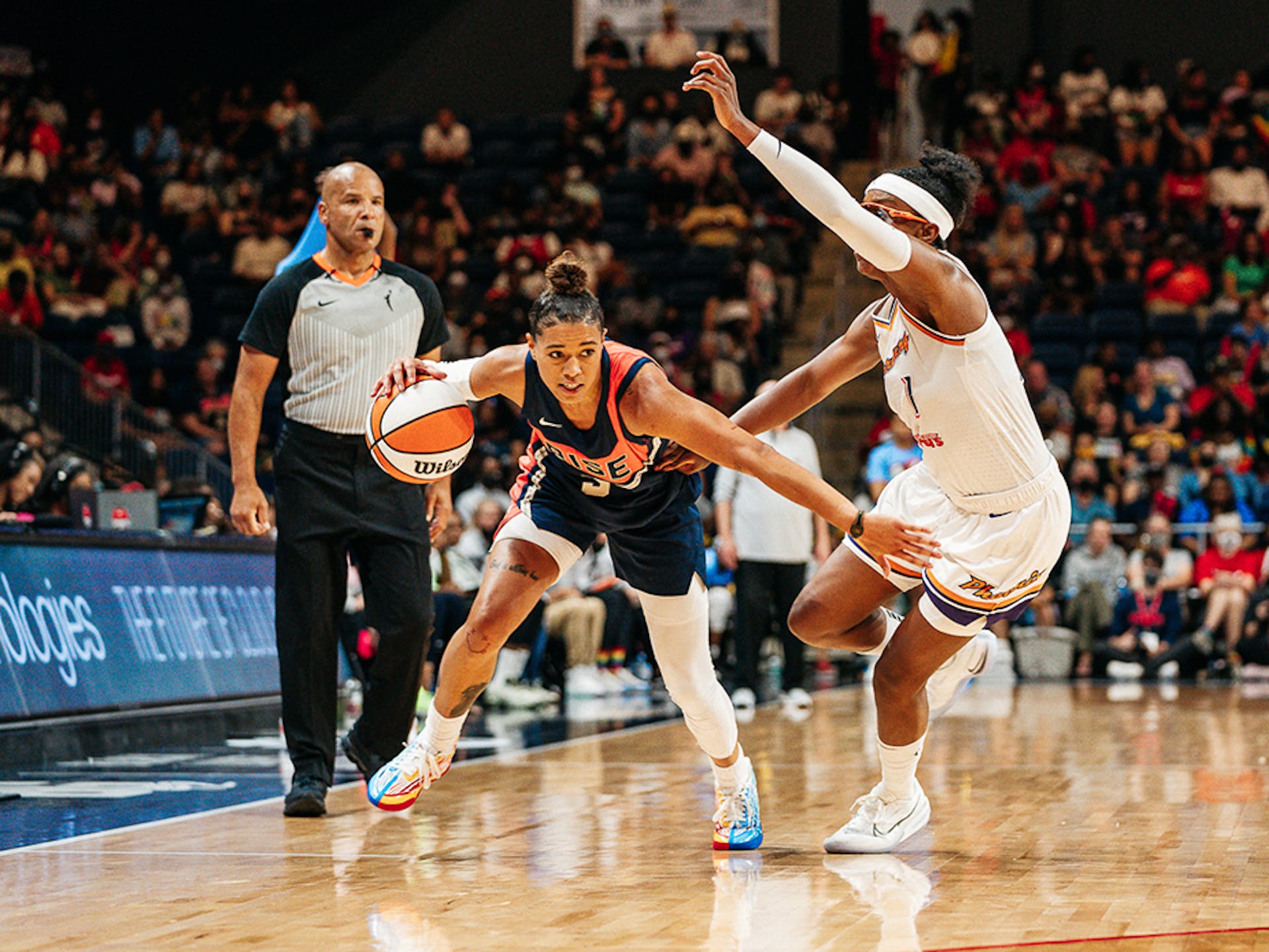 "I will go into politics": Natasha Cloud charts a path toward change

LAS VEGAS — Four-time Athletes Unlimited captain and a standout player during the inaugural season, Natasha Cloud has continued to bring the heat this season with the Washington Mystics.

Her game, however, isn’t the only heat she’s bringing.

In addition to leading the league in assists per game (7.0) and the Mystics (17-11) to a third-place standing in the Eastern Conference, Cloud dedicated the majority of the first part of the season to raising awareness around the wide range of social issues that have recently come to light.

“We could do everything that we can. We can utilize our platforms. We can do marches. We can try to educate people. But, if our representatives don’t do their jobs, if they don’t fulfill their oaths that they took to serve their communities, to not line their pockets, to not worry about their own power, what can we do?,” Cloud said after the Mystics beat the Atlanta Dream 60-40 on May 24.

After two mass casualties at the hand of gun violence occurred in both Buffalo, New York and Uvalde, Texas within a span of two weeks, the Mystics chose to do a media blackout to pay respect for the victims. Cloud acted as the sole spokesperson for the team where she called for better gun legislation.

“It’s at a point now where after my career, I will go into politics because I’m tired of it,” Cloud said.

Her statement about pursuing a political career post-basketball came as no shock to other veterans who have spent the past few years alongside Cloud in the league.

“The thing about Natasha, her voice is one of her best assets. She’s not afraid to speak up. She’s not afraid to use her platform to help advocate for change,” Mystics nine-year veteran Alysha Clark said. “And you know, whether that’s for women, people of color, LGBTQ+ community, and that’s something that you want to have when you have somebody at the forefront that’s fighting for change.”

Little or big, national or related to the WNBA, Cloud isn’t waiting for her peers to say something before chiming in.

And when she speaks, everyone listens.

Las Vegas Aces veteran Chelsea Gray said she’s not surprised Cloud wants to be a part of the political space as she does a great job at using her voice and presence in a way that gets people to pay attention.

“She’s a voice, a powerful voice,” Gray said. “I don’t doubt that she’ll do a hell of a job and start to create change. She’s already created change with her platform here in the WNBA, so imagine what she can do outside of that.”

One theme that carries across the board in whatever position her leadership lands her in is being true to herself and standing by what she values.

“I want to continuously grow, and be the best person I can be. Best athlete, best teammate, best daughter, best significant other – that’s all I want to do, is just continue to grow and be the best version of myself,” Cloud said after the Mystics beat the Aces in an overtime game 87-86 in Las Vegas on June 25.

Cloud continued to speak her truth when she said that “at some point you have to advocate for yourself” after not being named to the All-Star team again this season. She has yet to be named to an All-Star team her entire career within the W.

Going forward into the second half of the season, Cloud intends to continue to bring the heat “regardless if people respect it or not,” with the playoffs in sight.

Also in sight is the second season of AU Hoops, with hope fans get to experience more of the 30-year-old guard.

“Year two is going to be even better,” Cloud said.

Volleyball: Where to Watch Week 3