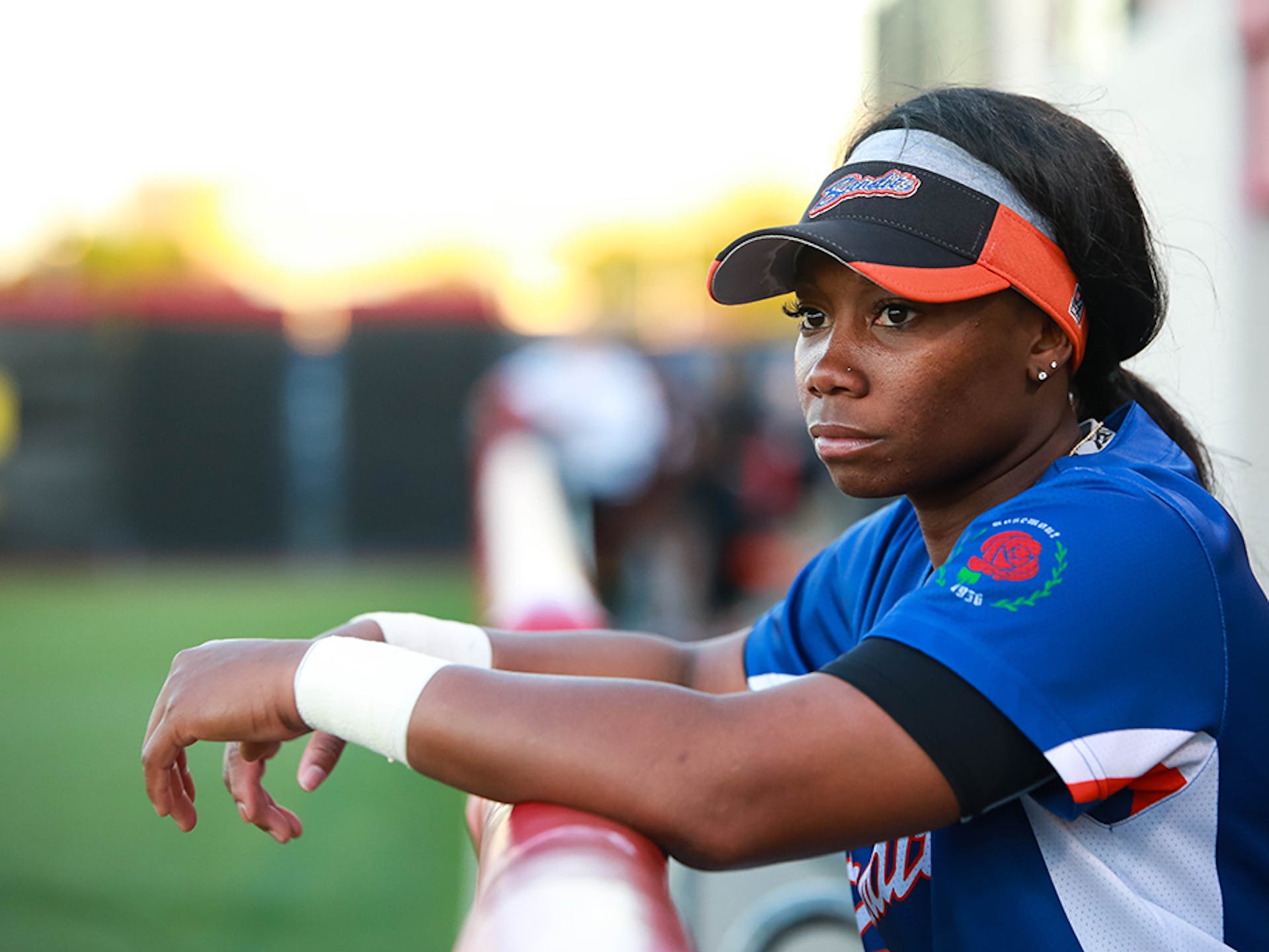 Nadia Taylor encourages her students to make adjustments, not excuses

A lesson from Taylor's dad has stuck with her throughout her career, and now she passes it on to her own students

When professional softball player Nadia Taylor works with young boys on their hitting technique, she sometimes tries to get them to swing like a girl.

“A lot of younger (female) softball players develop a little bit quicker mechanically than their brothers,” Taylor said over the phone from Leander, Texas.

“Then, the parents say, ‘Hey, I need my son to swing like our daughter.’”

The 30-year-old Taylor has trained softball and baseball players at NT88 Sport Performance since she opened the indoor training facility nine months ago. Many of her students are highly touted prospects that deal with undue amounts of pressure, so Taylor regularly checks in with them to make sure they’re in a good place psychologically.

“I find that so many athletes in college on down to 7 (years old) beat themselves up,” Taylor said. “I’m big on the mindset of, ‘Let’s reset, let’s move on and be positive about it.’”

However, the National Pro Fastpitch league veteran doesn’t take it easy on her pupils. She’s usually at her facility from 6 a.m. until 10 p.m., and tries to instill a similar work ethic in the players she works with.

“My dad would always say, ‘Excuses build bridges to nowhere,’ so we never make excuses. We just make adjustments.”

Taylor certainly knows a thing or two about making adjustments. After a standout softball career at the University of Texas between 2009 and 2012, she fulfilled a lifelong dream by using her fifth year of eligibility to play basketball with the Longhorns.  “Having to recondition myself to be a collegiate basketball player for a Power Five school was the hardest thing I think I’ve ever had to do.”

“I think the mind and my mental toughness allowed me to kind of end up where I am now, where you never make excuses and you just work hard.”

Taylor faced another hurdle shortly after graduating from college as one of the few Black players in the NPF, where she made her debut in 2014. “I felt like people had their people picked,” Taylor said. “I had to be on my Ps and Qs. If I didn’t, I probably would never get another opportunity.”

The 5-foot-8 third baseman took advantage of the opening she had and has played in the NPF every year since. She led the Texas Charge in home runs in 2017 and was named to the All-NPF team as a member of the Chicago Bandits in 2018.

While she was disappointed about the 2020 NPF season being canceled due to COVID-19, she’s eager to get her competitive juices flowing once again with the inaugural season of Athletes Unlimited.

“I’m excited about competing and being with the best athletes,” Taylor said. “We all know each other, so it’ll be fun to talk hitting, catch up, and maybe even talk about some of the issues going on in the world today.”

Taylor sees progress in the fact that there are more Black players in softball today. She hopes to be a positive role model for young Black players both on and off the field, and she’d eventually like to create a foundation in Texas to give young, disadvantaged athletes more opportunities to develop the proper technique needed to excel in the sport.

“Growing up, I was able to have private lessons twice a week,” Taylor said. “I think that’s where you see the biggest difference for Black athletes, in not being able to get that private training and development.

“So that’s where I feel like I am going to do my part and try to help grow the game for Black athletes.”