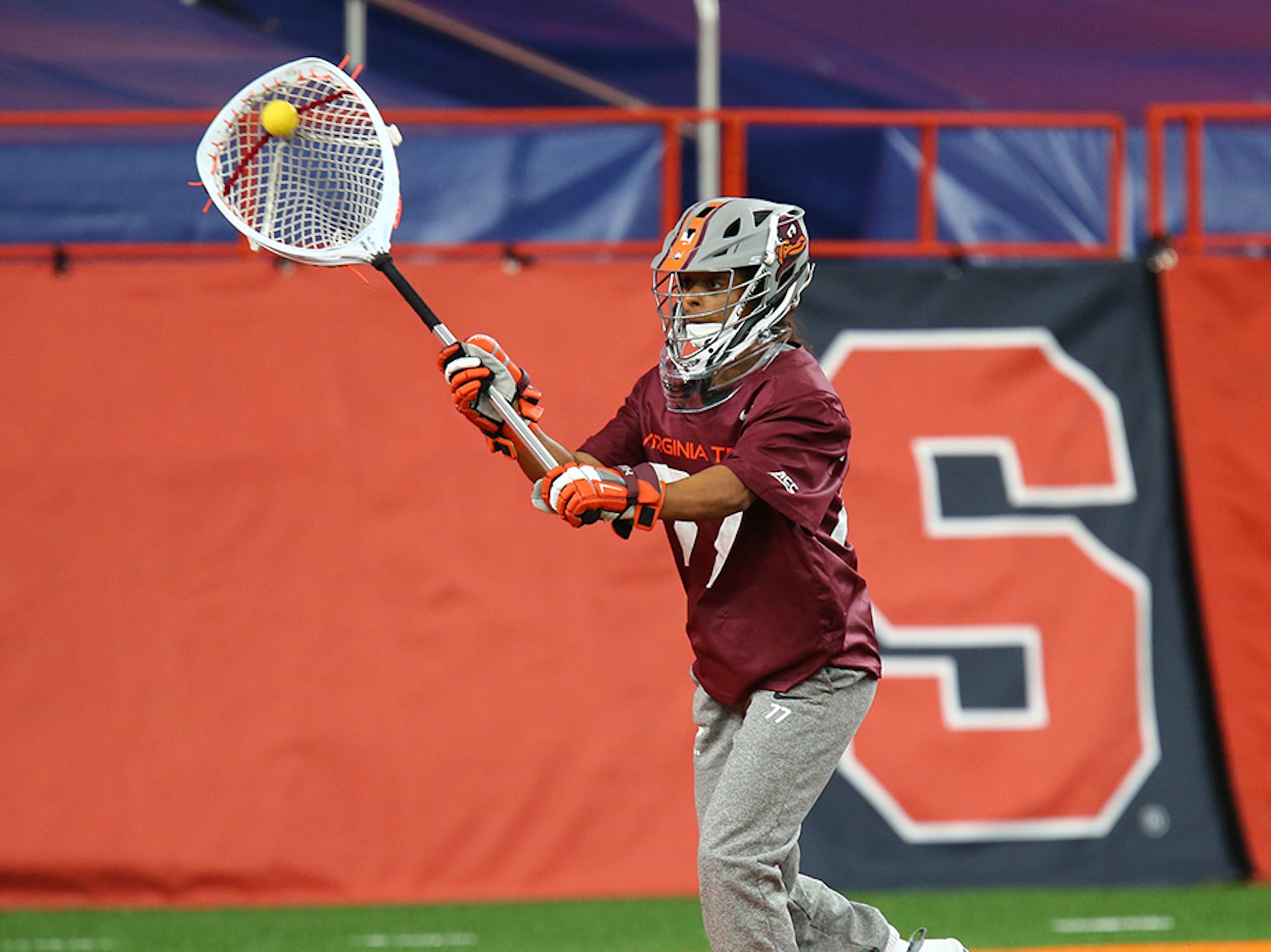 As the inaugural Athletes Unlimited Lacrosse season gets set to begin on July 23 at Maureen Hendricks Field, the Player Executive Committee has announced 13 players invited to join the league.

Meet the draftees who have the opportunity to make their professional debuts with Athletes Unlimited. Hoeg cemented herself as not only one of the best players at the University of North Carolina (UNC), but also one of the best players in the nation. Since joining the Tar Heels in 2017, she has tallied 360 points and 227 assists, both of which are UNC records. Her 227 assists are good for second in NCAA history. The Mattituck, New York native also holds the record for most assists in a season (73). Most recently, she broke her own ACC Tournament record with seven assists against Louisville and captured her fourth ACC Championship title with UNC.

A three-time All-American First Team selection, Hoeg was named Inside Lacrosse’s 2020 Co-National Player of the Year alongside her teammate Jamie Ortega. She received the 2021 Kellie Thompson Shiley Award, awarded to a player who excels in the classroom and on the field, displays outstanding leadership at all times, sets a positive example for younger players and has a true passion for the game of lacrosse. In her final season with the Seawolves, Kennedy led the team with 73 goals and became the third player in program history to score at least 200 goals. She helped Stony Brook win its eighth-straight America East title. The America East Midfielder of the Year ranks second all-time in career goals (266), ground balls (180) and draw controls (343).

In her career, she is a three-time Tewaaraton Award Nominee and three-time America East Midfielder of the Year. Wood has been a solid member of the backline at UNC since joining the team in 2018. In four seasons as a Tar Heel, Wood forced 26 turnovers, won 56 draw controls and picked up 49 ground balls. She is a three-time ACC Champion. Goldstock led Syracuse to the 2021 NCAA Championship, where the Orange were the runner up to Boston College. She faced 465 shots and made 149 saves for a .434 save percentage during the 2021 season. She led the country in 2020 in goals-against average (7.07) and had a career best .481 save percentage as she served as team captain.

In five seasons with the Pride, Parrella has ranked herself as one of the greatest players in program history. She is first in career goals (261) and points (355), second in career assists (94), and fourth in career draw controls (196). She also ranks first in season goals (85) and points (105).

Parrella is a four-time IWLCA Mid-Atlantic Region First Team honoree, making her the second player in Hofstra women’s lacrosse history to receive the honor four times. She was named CAA Rookie of the Year in 2017 and CAA Player of the Year in 2019.

During the 2021 season, Parrella led Hofstra to the NCAA Tournament for the first time since 2007. Garrett served as Team Captain for three consecutive seasons and was named a Tewaaraton Award nominee three times (2019, 2020, 2021). She was named an All-Big Ten First Team selection for the 2021 season. In her career with the Tar Heels, Woodruff caused 31 turnovers and gathered 62 ground balls on her way to being a four-time ACC Champion. Benson began her collegiate career with the Towson Tigers and led the team to the NCAA Tournament in 2016 and 2017. She was named to the 2016 CAA All-Rookie Team and a 2017 Preseason All-CAA Team selection. Miller transferred to UNC for her graduate season following a decorated career at the University of Southern California (USC), where she was named a two-time Pac-12 Midfielder of the Year (2019, 2020) and two-time Inside Lacrosse All-American (second-team in 2020, third-team in 2018). She was named 2021 Preseason first-team All-America by US Lacrosse and Inside Lacrosse, and Preseason All-ACC.

During the 2021 season with the Tar Heels, Miller scored 21 goals and had eight assists. She also won 41 draw controls and helped the team to its fifth-consecutive ACC Championship. Colson has been a force on the field since joining the Terps in 2017. The two-time NCAA Champion tallied 324 draw controls, caused 106 turnovers and collected 159 ground balls in four seasons. She ranks third in program history in draw controls and fourth in caused turnover for her career.

Despite missing the 2020 season due to injury, Colson returned to the field in 2021 and led the nation in caused turnovers (49), which ranks second all-time in the single-season record book at Maryland. She was named a Tewaaraton Finalist, Big Ten Defender of the Year, a unanimous All-Big Ten First Team honoree, and an IWLCA First Team All-Region selection.

Simkins won 88 draw controls and caused 35 turnovers during a career-best 2021 season as the Orange ranked 11th in the nation in scoring defense. She was named an Inside Lacrosse Third-Team All-American and an All-Northeast Region First Team selection.

Since joining Syracuse in 2017, the defender tallied 135 draw controls, 83 caused turnovers and 115 ground balls. She also had six assists and one goal. Mueller spent her undergraduate years at the University of Virginia, where she was a standout player on the field. She scored 165 goals, tallied 50 assists, collected 171 ground balls, caused 84 turnovers and had 204 draw controls. Of her many accolades, she was named an IWLCA First Team All-American (2019), ACC Freshman of the Year (2017) and a Top-25 Tewaaraton Award Nominee (2019).

Mueller transferred to Northwestern as a graduate student for the 2021 season. She earned IWLCA All West/Midwest Region Second Team honors after posting 37 goals, 16 assists, 15 ground balls, 15 caused turnovers and six draw controls with the Wildcats. A First Team All-Big Ten selection for the 2021 season, McKone won a career-high 38 draw controls during the season and tallied 25 goals and 17 assists. She earned Inside Lacrosse Third Team All-America and IWLCA All West/Midwest Region First Team honors.

In her five years as a Wildcat, McKone accumulated 171 points, including 103 goals, won 104 draw controls, caused 47 turnovers and picked up 86 ground balls.

The Pitcher-Hitter Duality in Softball: A trend that continues?