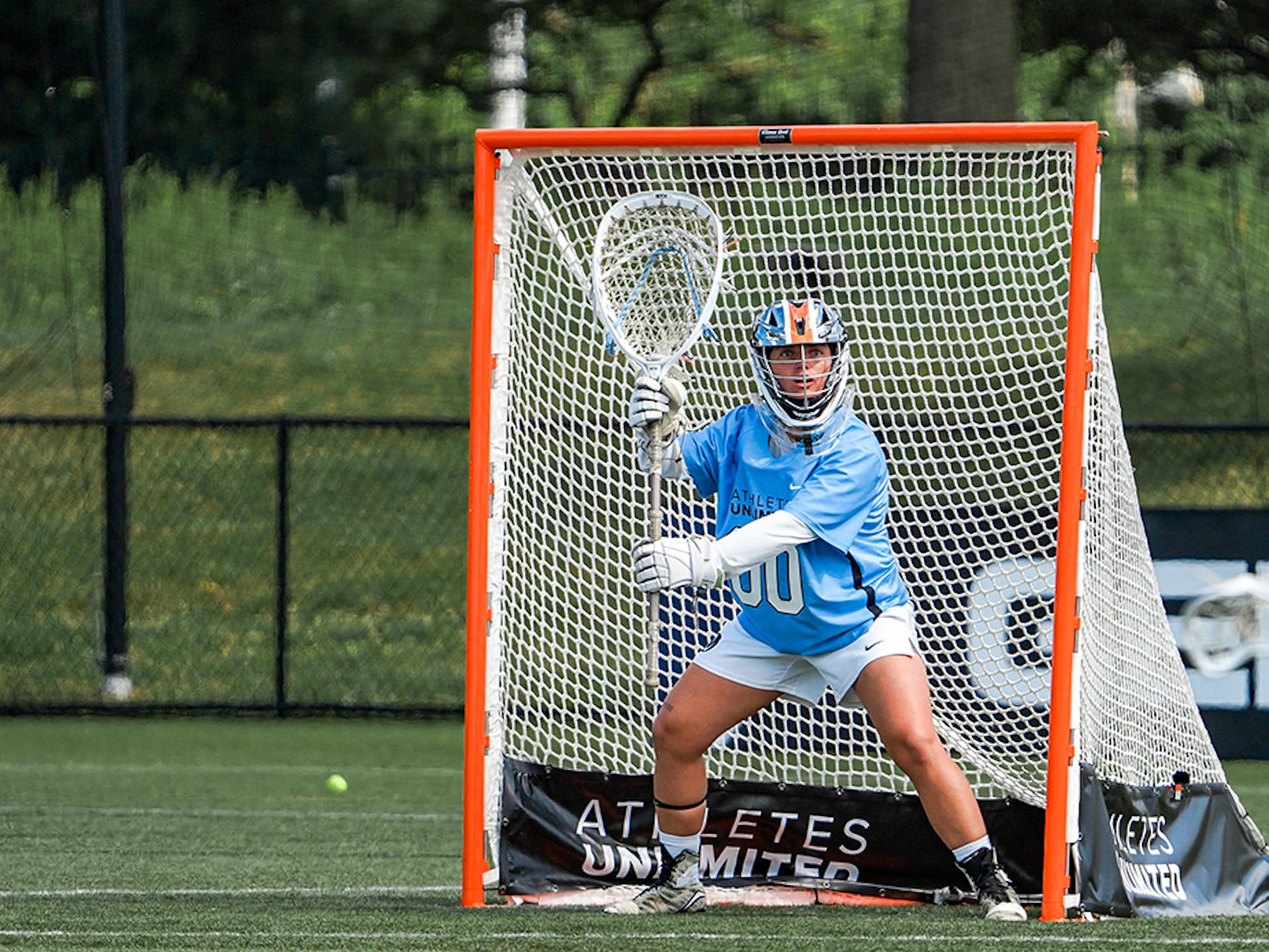 After a historic weekend, which featured the first shootout in Athletes Unlimited Lacrosse history, the leaderboard entering Week 3 features an athlete of each position in the top four. While Taylor Moreno continued her successful play in net to remain the No. 1 captain, the remaining 55 spots were up for grabs.

This week, it was all about securing win points and scoring, or saving, big.

If you want the most win points, Team Apuzzo has proven the team to be on. There are only three players who remain undefeated through two weeks of competition: Sam Apuzzo, Lizzie Colson and Sam Geiersbach. Each has racked up 670 win points this season.

Apuzzo, who moved up to the No. 2 spot, is 31 points behind Moreno. Despite losing her streak of scoring a goal in every AU game of her career, Apuzzo still scored five during Week 2, including a hat trick. The two-time captain has also earned 135 MVP points.

.@SamApuzzo's teams are still undefeated through 4 games this season 👀

She spilled her drafting secrets to @officiallaxgirl after last nights win ⬇️ pic.twitter.com/G39au27Jlz

Geiersbach moved eight positions up the leaderboard from 14th to 6th, while Colson jumped five spots to third and will be the No. 3 captain this week. Colson also leads the league in caused turnovers (11).

At least one of these three will take their first loss this week as Colson and Apuzzo captain opposing teams to open Week 3 of competition.

Ella Simkins took a massive jump on the leaderboard, climbing 21 spots this week to No. 27. She picked up 357 points during Week 2, including 315 win points as a member of Team Apuzzo.

The defender also scored her first goal on the season on Thursday.

GOALKEEPER ON THE MOVE

We’ve talked a lot about players on Team Apuzzo this week and we’d be remiss not to mention their Week 2 goalkeeper, Kady Glynn.

Glynn made 21 saves this week and held Team Moreno to just two goals in Saturday’s shootout. She’s allowed 41 goals this season and moved 11 spots to No. 5 on the leaderboard — 15 points behind No. 4 captain Amanda Johansen.

WE’VE GOT AN EYE ON…

Ally Mastroianni and Charlotte North during Week 3 after they climbed 11 and 9 spots, respectively. North’s 15 goals lead the league and she’s added seven assists. She also has the most 2-point goals, netting four this season, which are worth 16 points each – the most of any statistical category.

Mastroianni has been racking up points across a variety of stats, including 18 draw controls, eight goals, six caused turnovers and four assists.

If they can continue combining their individual success with team points, they may find their way into the top four next week.

Remember when @allymastroianni scored a hat trick in her first ever professional game?