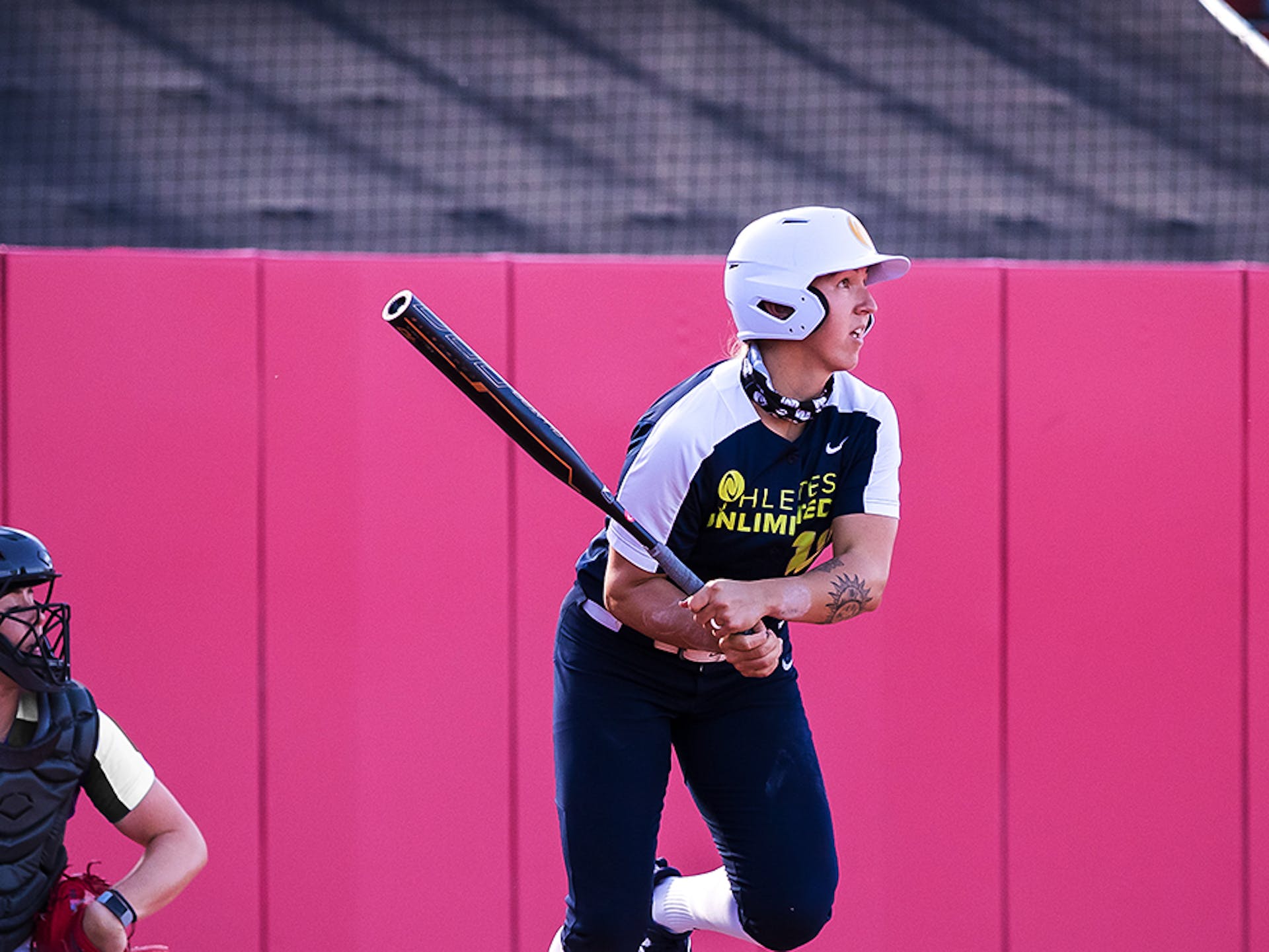 Monday nights are turning into appointment viewing for Athletes Unlimited.

For the second week in a row, pitching dominated the prime-time hours, delivering up another classic as captain Cat Osterman took on Haylie Wagner in a battle of left-handed aces.

It would be unfair to say that either pitcher blinked, but for the second straight Monday night, Osterman came away with a 2-1 victory as she again out-dueled Wagner and Team Piancastelli.

With Week 3 in the books, the captains are set for next weekend, based on total points earned. For the third straight week, Osterman (1,672 overall points) will own the first overall pick, followed by outfielder Janie Reed 1,170 points and a captain this past week), outfielder Victoria Hayward (1,160) and infielder Jessie Warren (1,140). Hayward and Warren both played for Osterman’s team in Week 3.

But Monday night was all about the pitching, as both starters went the distance. Osterman ran her record to 7-0 by tossing seven innings of three-hit ball. The only run she allowed was a leadoff homer to Sahvanna Jaquish in the top of the fourth inning.

Wagner (3-4) gave up four hits in six innings. She gave up a two-out, two-run homer in the bottom of the fourth to Shelby Pendley. Wagner opened the inning by hitting Warren with a pitch.
Nevertheless, the mutual respect between the two left-handed pitchers was apparent after the game.

“It hasn’t been a secret since even our (preseason) scrimmages that Haylie, when we go head to head, it’s a great matchup,” said Osterman, who walked none and struck out 11. “I think that as the season, so to speak, has gone on, she gets sharper and sharper. She starts to use that changeup, and it’s deadly. You just know it’s going to be a dogfight. We have to match each other pitch to pitch. You have to tip your hat. It sucks to lose those games but it’s also fun to be in a matchup of that kind with a pitcher of her caliber.”

Wagner echoed the sentiments when asked about Osterman.

“I have to second that,” she said. “When I go head to head, it’s always a competition. We’re both very competitive. I know when I go into this game, I have to be as close to perfect as possible, and I know she does, too. Mutual respect. She’s a great pitcher. We all know that. I enjoy being out there. I like competing against her.”

Speaking of competing against one another, Pendley’s home run came one at-bat after she was robbed on a diving catch in left field by her sister, Nicole.

So she made sure to hit the ball where neither her sister, nor anybody else, could get it as she took it over the center-field wall.

“I suppose so, yeah,” Shelby Pendley said. “I don’t want to hit it to any of those outfielders. They’re all so good.”

But if she’s going to be robbed by a player, it might as well be her sister.

“I just kind of rolled my eyes,” she said. “What better person to make that play than for my sister? It was pretty cool, making a diving catch and me hitting it at her. But it was a nice catch.”

Shelby Pendley was named the game’s MVP 11, and she picked up 60 points in addition to the 120 the team earned for winning the game and the innings. The home run was worth 40 Pendley points.

Wagner was MVP 2, and Osterman was voted MVP 3.

The draft for Week 4 takes place Tuesday at 6 ET (5 CT), and it’s quite possible Osterman will take catcher Gwen Svekis with the first overall pick considering how well the two have worked together. But with the way the hitters have been attacking the ball (except for the two Monday nights), look for starting pitching to go early, too.

“I’m going to go pay everybody not to take Haylie for two rounds so we can both have a little bit of rest,” Osterman joked. “I would like to get a second pitcher on staff who can throw some innings. But I’m going to see how it plays out. Obviously it’s different when position players are in the (drafting) seats next to me as opposed to pitchers, and even catchers. It will be a different look. I think the one thing that I keep telling people, ‘You can sacrifice. Go ahead and grab another pitcher first.’

“It’s not so much my connection with (Svekis), but it’s how she makes the other pitchers that I do end up drafting better. And she helps with the vibe and the culture of our team. So there’s just so much more than the fact that her and I play (well together). It’s just that she’s been able to help me in that role, too. We’ll see how it unfolds. I haven’t really thought about it yet.”