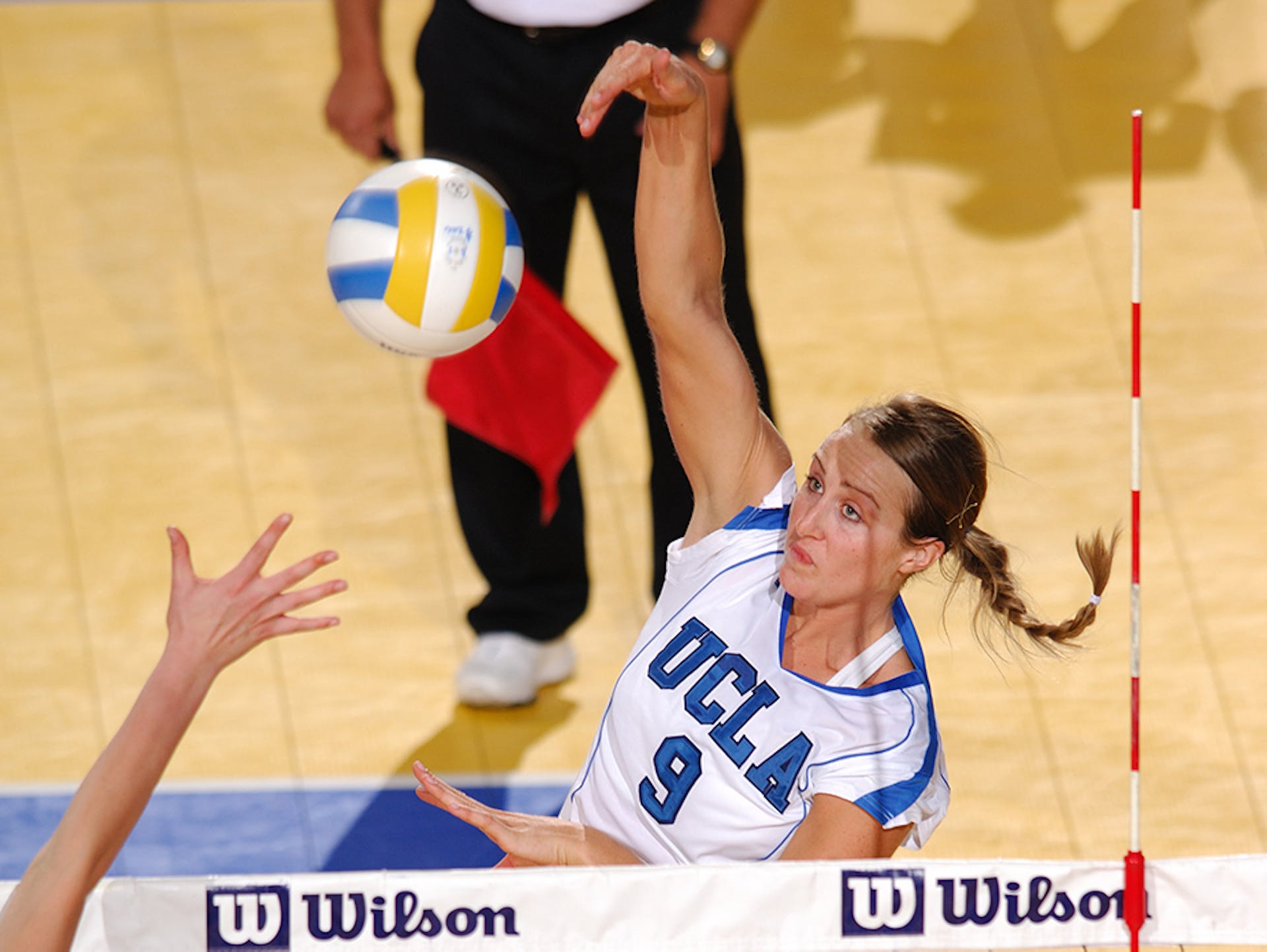 From meeting her husband in Spain to balancing motherhood and volleyball, Carter is ready to take her career to the U.S.

While many athletes in the United States transition from playing at the collegiate level to the professional level without boarding a plane and crossing the ocean, others don’t have that luxury. In years past American volleyball players needed to make a choice if they wanted to continue their career professionally, and with that choice came sacrifice and many, many miles traveled.

Katie Carter is no exception to this long-standing challenge for women volleyball players. She played collegiate volleyball in California at UCLA and was given an opportunity to continue her career in Puerto Rico, which she gladly accepted. That decision jump started the next ten years of her life.

Carter’s career has taken her from Puerto Rico, to Spain, China, and more over the last decade. With each country came an opportunity to learn about the culture, see new things and immerse herself in a different way of living. While her schedule was tight and rest was tempting on her days off, Carter took advantage of the opportunity put before her.

“I was the one that was going to go visit places,” said Carter, while others on her team elected to relax and recharge in other ways.

Volleyball, of course, was the reason for Carter’s travels, but the most memorable experience of her career abroad had little to do with the sport itself.

In the earlier years of Carter’s career, she had the opportunity to play a year in Spain. While much of that year remains a blur, one thing is crystal clear: Spain is where she met her husband.

“I met my husband [Hector] playing professionally. He was playing on a male professional team and one of his teammates played at UCLA while I played at UCLA,” Carter said. When she went to meet her friend, she was introduced to Hector. Despite an obvious language barrier, Hector’s sense of humor caught her attention. A week later, the two made plans to see each other, and the rest was history – one might call it destiny.

Playing abroad is challenging in many ways: English isn’t the first language, the grind and exhaustion that comes with being a professional athlete are several of the obvious hurdles to overcome.

“It’s hard to even have a relationship when you’re overseas,” Carter said. Fortunately, Hector understood all the challenges that they were up against being a professional player himself. He was also able to travel with her while she was playing for eight months out of the year, something many athletes don’t have the ability to do.

For now, Carter’s days of playing in a foreign country are behind her. She and her husband live in Fort Worth, Texas with their one-year-old daughter, where he’s a volleyball coach and she is preparing for Athletes Unlimited’s inaugural volleyball season.

No hurdle Carter faced overseas quite compares to balancing both motherhood and playing a professional sport. All of her time and energy has to be delegated accordingly and that means she can’t spend as many hours training for the upcoming season. As someone who is competitive by nature, Carter has had to adjust her mindset accordingly.

“My mindset is do the best that I can right now, accepting that what I’m doing is enough … Being a mom, training. When I wasn’t a mother, I would go above and beyond. I haven’t been able to do that because of the coronavirus, and because I can’t train twice a day. I have a kid. I only have one thing a day I can do. My mindset right now is just, ‘Go and enjoy.’”

Carter will have a lot to enjoy when the season kicks off. In addition to being able to play professionally in the United States for the first time ever, her daughter will be by her side as well.