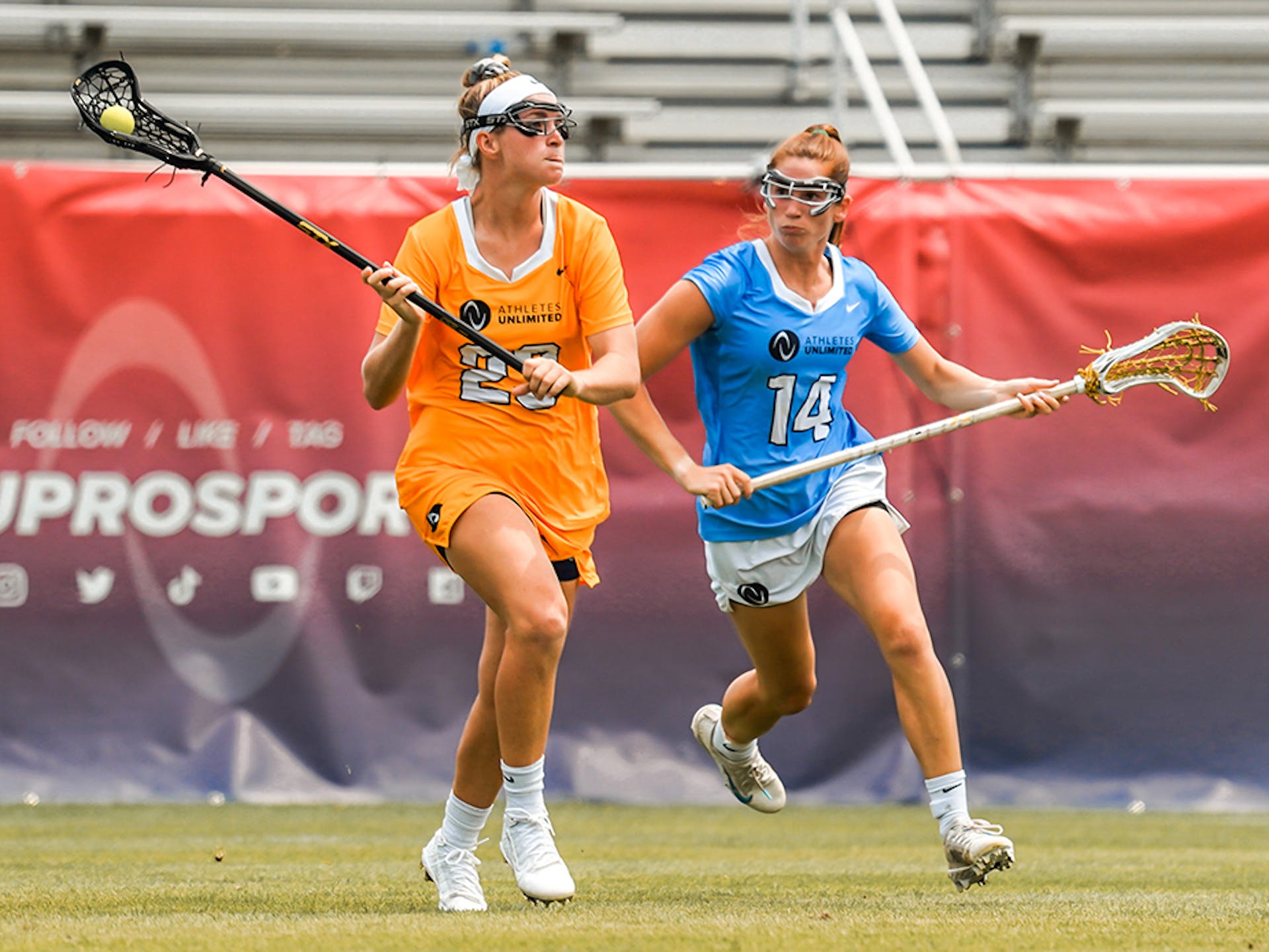 How Athletes Unlimited is innovating Lacrosse

The answer? Innovation. Athletes Unlimited is taking the best of what makes all disciplines of lacrosse so compelling to watch and creating a new format that allows these athletes to truly shine. Let’s touch on some of the biggest features. Bringing only 56 of the world’s best athletes onto the roster was no accident. While lacrosse is gaining popularity around the world, requiring large teams and formats raises the barrier to entry for those who are unable to recruit those kinds of numbers. Keeping things small and simple makes lacrosse accessible to new players (and increases the likelihood of lacrosse showing up in the 2028 Olympics).

Not only that, smaller rosters also attract “complete athletes”: players who are capable of playing on both ends of the field and developing skills outside of their positional expertise. Those athletes are going to spend more overall time on the field, and they’re going to play for longer periods uninterrupted: all great ways of making the sport fan-friendly.

One way in which Athletes Unlimited is working to increase the pace of the game is adjusting the size of the field. By shortening the field and making it skinnier (95 yards by 60 yards, compared to the NCAA’s whopping 120 yards by 75 yards), the action becomes more fast-paced, and midfielders in particular won’t be stuck running laps for most of the game. This means they’ll have the ability to show off specialized skills in attack and defense, which captains can use to their strategic advantage. This also reduces the space behind the cage, which will demand increased accuracy and maneuvering by these elite players to make the shot. This means that most of the restraining lines, with the exception of the draw, have to be modified for the new field size. We can take this as an opportunity to redraw the lines to make play more exciting. One example is the 8-meter scoring opportunity, sometimes known as a “free shot” used for major fouls. Instead of an arc, the 8-meter is redrawn as a fan, upping the ante and servicing the beloved 2-point shot.

At the end of the day, lacrosse deserves to be played on a field that is specially designed for the sport, not simply placed on top of a field designed for another sport, like soccer. That way, the athletes can focus on the skills that make the game truly great to play and watch.

When we craft the game for the best athletes in the business, the rules need to reflect their capabilities. Bringing the shot clock down to 60 seconds (from the NCAA’s 90 seconds) acknowledges that these athletes are capable of making difficult shots under pressure and keeps the pace of the game fast. Returning the ball to the closest player of a missed shot also keeps the action going, rather than taking a break to conduct a turnover.

One big change to the Athletes Unlimited format is that defenders are not penalized for stepping in between the attacker and the goalie within the shooting space. In the NCAA, attackers have split second opportunities to make a shot between a swarm of defenders. With fewer defenders on the field (and, frankly, more skilled and experienced attackers), we want to place the onus of responsibility on the attacker, rather than the defender, to make a safe shot.

How We Got Here

Athletes Unlimited strives to innovate in the interest of the athletes above all else. All of the decisions that have been made to create the format we’ve described here have been in close collaboration with the athletes competing within it. Professional women’s lacrosse is different from the sport’s other iterations primarily because of the level of talent that these women bring to the field. It is only logical that we rely on their expertise and their abilities to inform the kind of lacrosse they want to play. And when athletes get to play their sport the way they want to play it, it makes for a better fan experience overall.

All in all, Athletes Unlimited’s innovative model for the inaugural season of lacrosse is working to make this the most explosive and highest level of play we have seen of professional women’s lacrosse. With allowing players to showcase their skill sets individually while working for a common goal as a team, it will be unlike anything we have seen before.