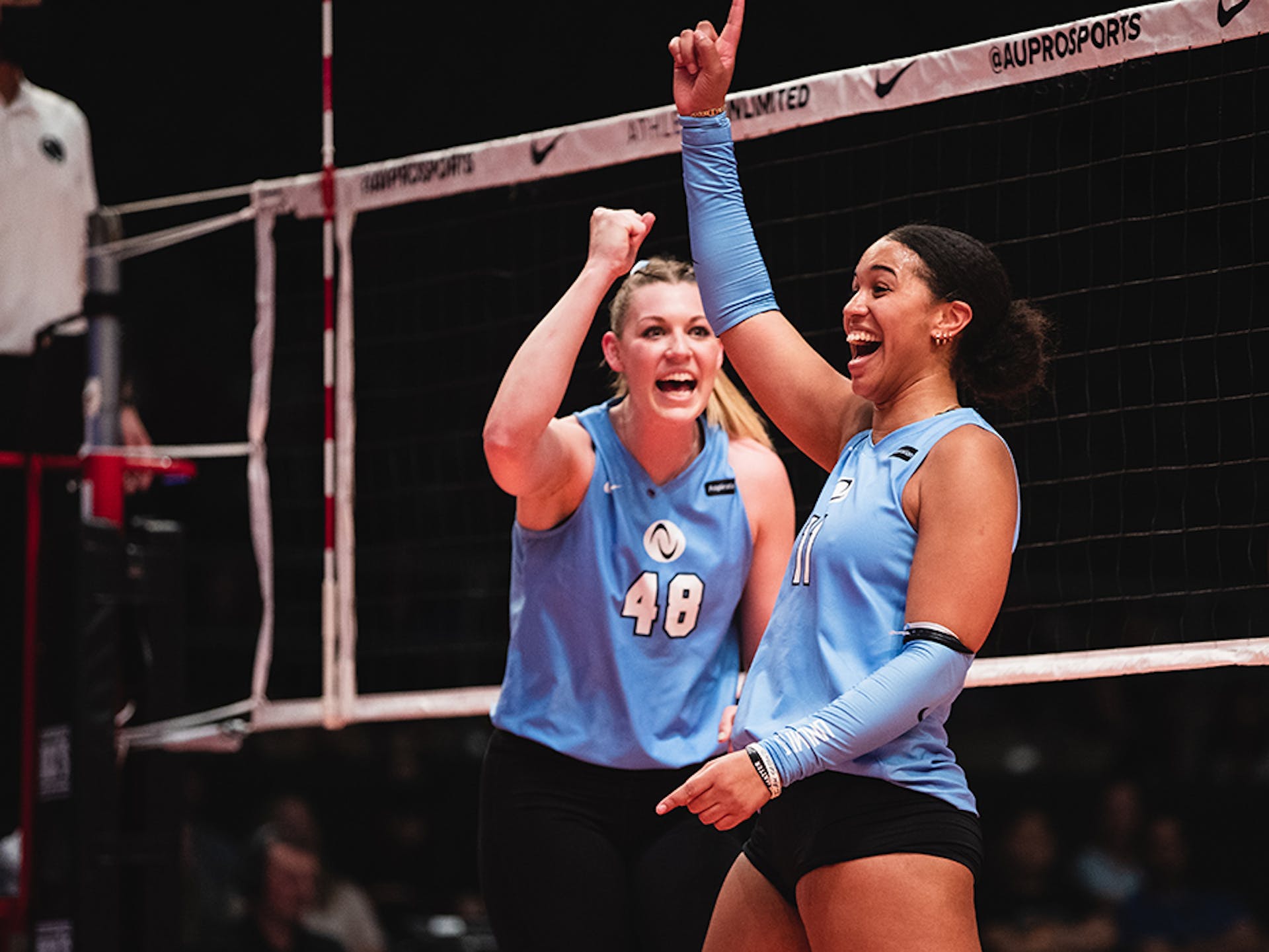 DALLAS — Outside hitters Dani Drews and Jamie Peterson each registered 11 kills as Team Drews held off Team Sheilla to post a 73-67 victory in the Week Three finale for both teams at Fair Park Coliseum on Saturday evening.

Team Drews, which completed a sweep of its three matches in Week Three, earned the victory by set scores of 25-20, 23-25 and 25-22. Team Sheilla suffered its first loss and closed the week with a 2-1 record.

Drews, who holds the top spot on the Athletes Unlimited leaderboard, recorded her ninth consecutive double-digit kill performance while contributing 11 digs for her third double-double of the season. Peterson, meanwhile, reached double figures in kills for the first time this season and nearly finished with a double-double after adding nine digs.

Setter Natalia Valentin-Anderson recorded her fifth double-double of the year with 34 assists and 11 digs.

Team Sheilla was led by outside hitter Erin Fairs, who ended the match with 11 kills and 12 digs for her second double-double of the season. Team captain Sheilla Castro just missed a double-double with nine kills and a career-high 13 digs, while libero Hana Lishman chipped in 13 digs.

Setter Nootsara Tomkom authored her league-leading sixth double-double of the season after collecting 28 assists with 12 digs.

Team Drews took the opening set by a 25-20 count as Drews and Peterson combined for nine of the team’s 14 kills. Team Sheilla answered in the second set with four kills apiece from Fairs and Sheilla to take the set by a 25-23 count, which reduced the overall margin to 48-45. But, Team Drews sealed the decision with a 25-22 triumph in the final set.

Team Drews secured 140 of the 180 possible win points after winning two of the three sets along with the match victory. Stone led all athletes with a season-high 331 leaderboard points after earning MVP 1 honors for the first time this season. Hentz followed with 275 points while outside hitter Cassidy Lichtman tallied 223 points after posting five kills and 12 digs. Fairs paced Team Sheilla with 152 points in the loss.