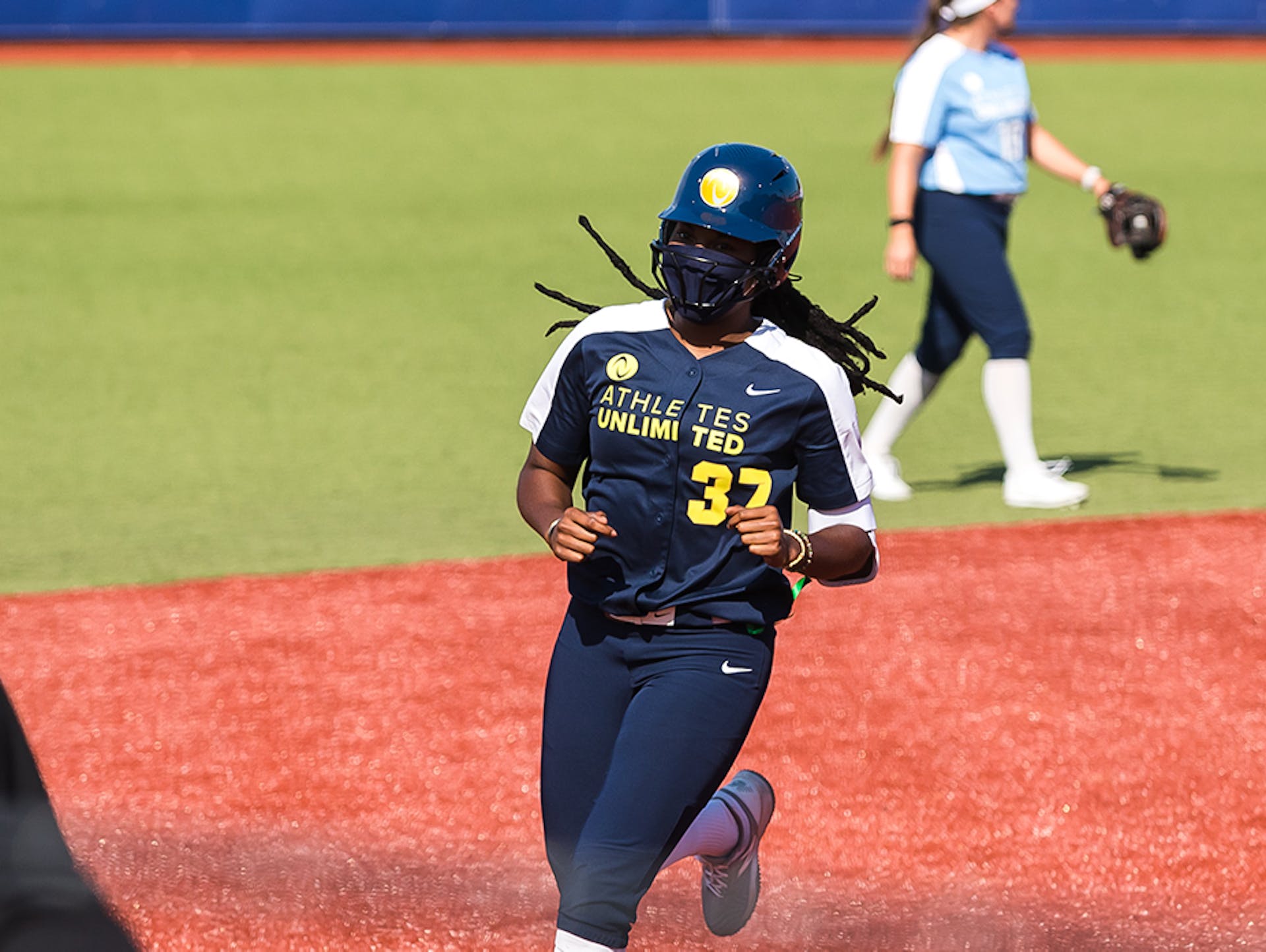 The way Osterman has been working lately, they should make sure that chair reclines.

Osterman was dominant again Monday night, tossing a complete-game one-hitter as the team she captained beat the team captained by Samantha Show 2-1 to complete the second week of play in Athletes Unlimited softball.

For her efforts, Osterman will be a team captain again for next week’s games and will draft a new team Tuesday at 6 p.m. ET/5 p.m. CT.

Osterman has piled up 1,228 points over two weekends of play. She’ll be joined at the draft table by competing captains Aleshia Ocasio (976) and her teammates of this past weekend, Janie Reed (920) and DJ Sanders (900).

Both Osterman and Ocasio will be captains for a second straight week. Reed and Sanders will be first-time captains.

Here is all the 37-year-old Osterman has accomplished so far: She is 5-0 in Athletes Unlimited play with an ERA of 0.48 and 41 strikeouts in 29 innings pitched. In Monday night’s victory, played under cool and windy conditions at Parkway Bank Sports Complex, she struck out nine and gave up a third-inning single to Megan Wiggins as the only hit.

She also got help from a spectacular play by center fielder Haylie McCleney, who raced to the gap in right-center and laid out to make a diving catch against Show in the sixth.

“I was going to go as long as the team needed me because I think everybody wanted to get a W tonight,” she said after Monday night’s gem. “I was trying to pitch efficiently. I didn’t necessarily start out that way at first, but I was going to keep going until I either got into too much trouble or game ended.

“There was no thought process of how long. I was going to do what I needed to take to help the team win.”

It was Reed who got things going in breathtaking fashion when she hit an inside-the-park home run with two outs in the second to give her team a 1-0 lead. Reed hit a flyball down the left-field line. Left fielder Emily Crane made a diving attempt at the ball, but it got past her and Reed turned on the jets.

“I’ve hit quite a few of those (kinds of balls), especially in my college career,” she said. “I held the doubles record at Oregon for a while, and it’s pretty much a lot of those. So I figured two right away. It got past (Crane). I was thinking three. I wasn’t thinking four, but (the coach) kind of held me up halfway at home. I ran through it and luckily the throw wasn’t on target. I don’t have very many of those in my career. That was pretty fun.”

Reed earned MVP 1 honors and an extra 60 points for the game. Osterman got 40 extra points for being MVP 2, and Sanders earned 20 more for being MVP 3. Her RBI double in the fourth put Team Osterman up 2-1 after Megan Wiggins hit an RBI single in the third for Team Show to tie the game.

After that it was all Osterman. She did make her way out to the second-base bag to acknowledge McCleney’s big catch.

“I knew the wind was coming hard in,” Osterman said. “So I knew off the bat if it was an out, we had a shot as long as it was within Haylie’s range. She made a tremendous play. I had no clue exactly where it was going. I was just watching her run along the warning track and was obviously super excited as soon as she caught it.”

Osterman’s teammates seem to be deriving inspiration from her.

“I think for me it’s just making me want to be better at the plate,” said Sanders, who hit two doubles. “If she’s working that hard on the field, on the mound, I feel like it’s my responsibility to make sure we get some runs on the the board for her.”

The hard-luck losing pitcher was Haylie Wagner, a Week 1 captain who has worked as hard as any pitcher over the first two weeks. She worked 4.2 innings, giving up five hits and two runs.

With the first pick in Tuesday’s draft, Osterman was asked if she’d again go with catcher Gwen Svekis, whom she took in the first round last week.

The Cat was coy.

“I think I’m going to have to think long and hard on that one,” she said.

Recap: McCleney climbs 16 spots to No. 4 on the leaderboard in 8-2 win