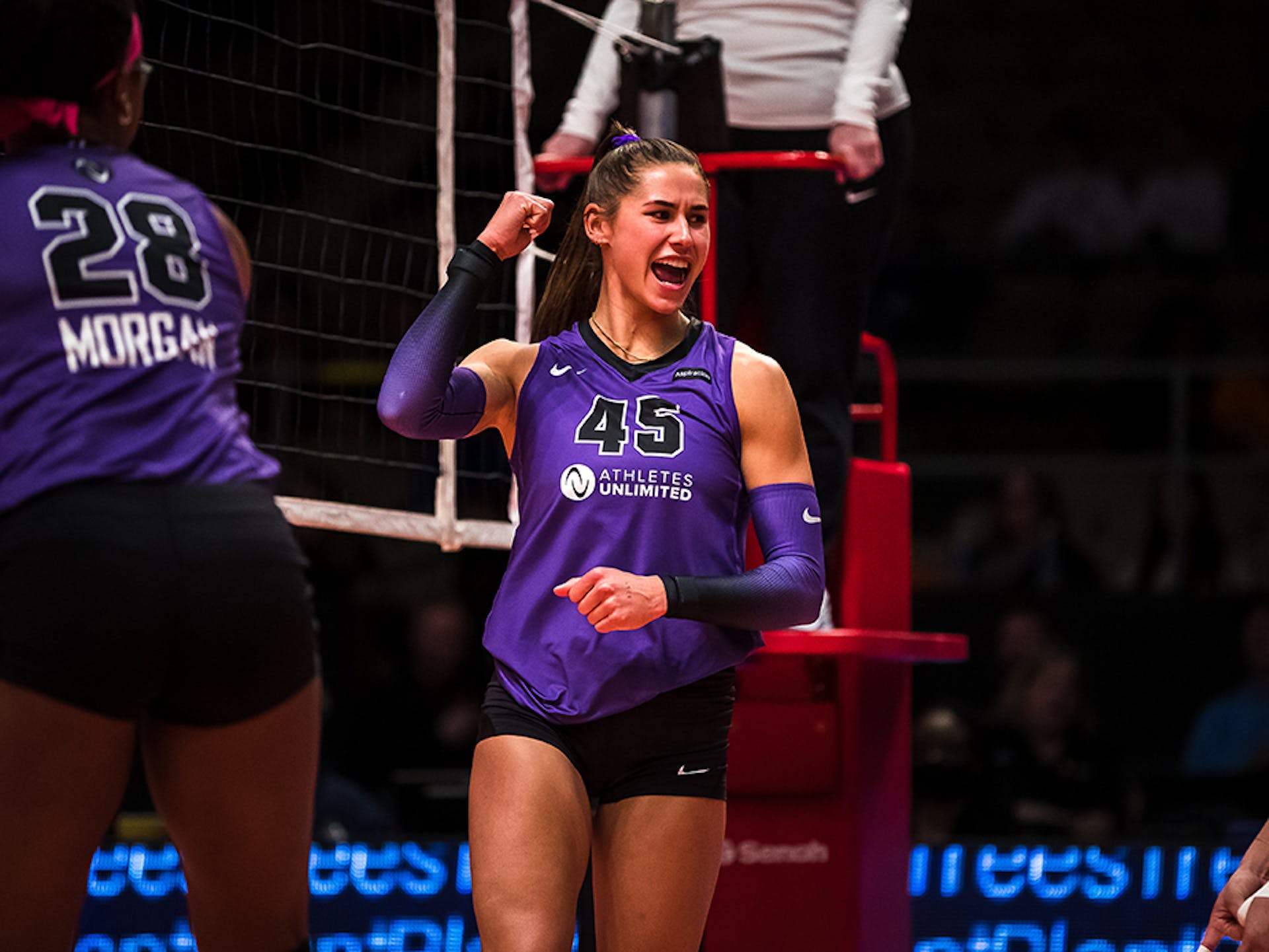 DALLAS — Outside hitter Dani Drews registered her first double-double of the season as Team McClendon held off a late rally by Team Cruz to post a 71-68 victory in the opening match of Friday’s Athletes Unlimited Volleyball doubleheader at Fair Park Coliseum.

The win evened Team McClendon’s record to 1-1 in the opening week, while Team Cruz slipped to 0-2.

Drews, the first overall pick in the Week One draft, finished with 14 kills and 11 digs to lead Team McClendon to the victory. Outside hitter Leah Edmond added nine kills to go with eight kills and two blocks from middle blocker Jenna Rosenthal.

Outside hitter Aury Cruz anchored three players with double-digit kills in the loss for Team Cruz, authoring a double-double of 15 kills and 10 digs. Middle blocker Molly McCage and opposite hitter Falyn Fonoimoana each added 10 kills, while libero Morgan Hentz tallied a match-high 18 digs.

Team McClendon held Team Cruz to a .046 hitting percentage en route to securing a 25-17 victory in the opening set. But, Team Cruz answered by posting a 25-22 verdict in the second set as opposite hitter Falyn Fonoimoana and middle blocker Molly McCage each tallied four kills to lead the charge. Team Cruz used seven kills from outside hitter Aury Cruz to claim a 26-24 verdict in the final set, but it was not enough to earn the match victory.

Brown and Cole win last battle of the duos against Team Cloud, 97-88