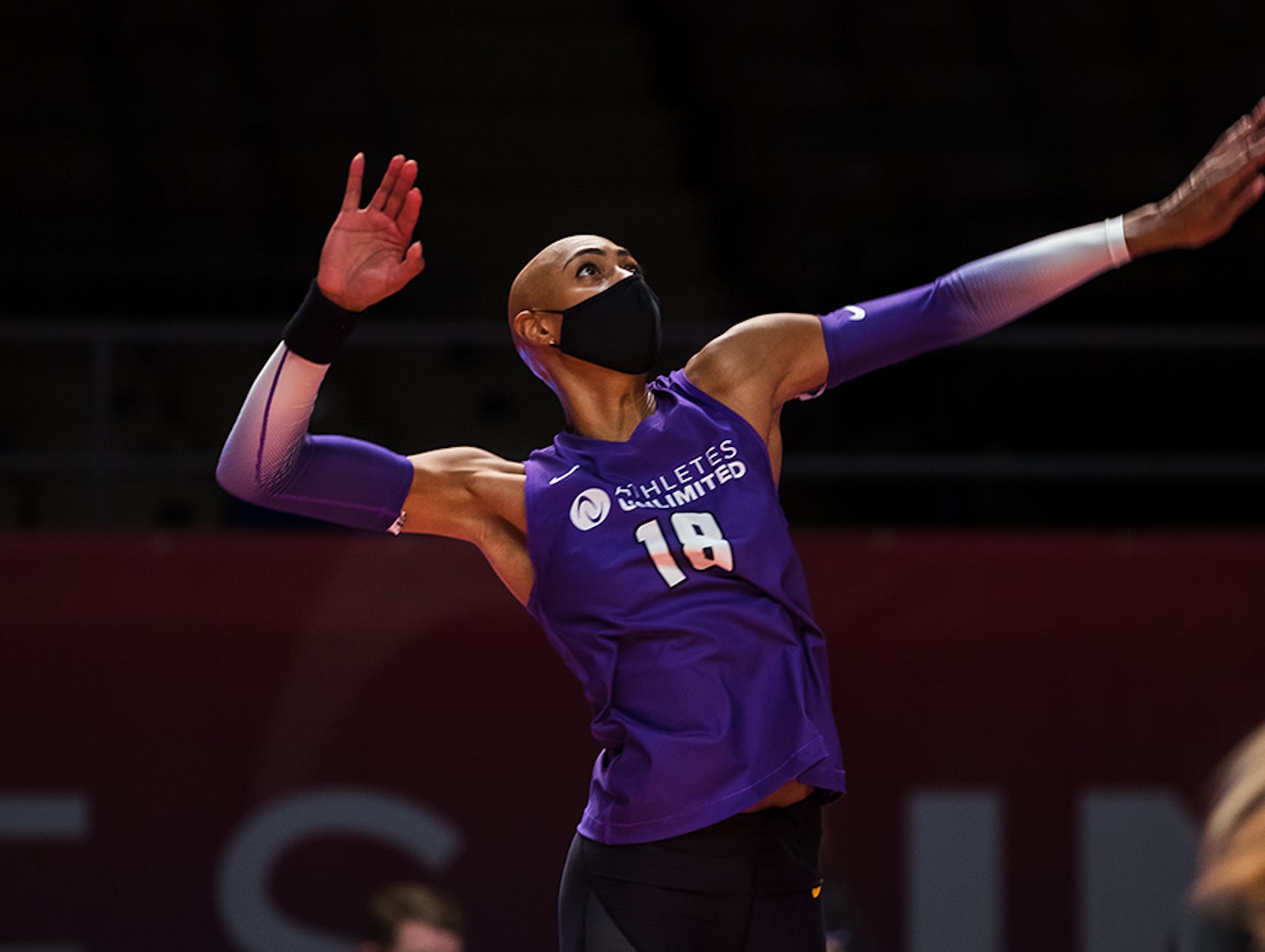 In an effort to highlight Black, Indigenous and people of color (BIPOC) in softball, volleyball and lacrosse, the Athletes Unlimited Racial Equity Working Group is launching #BecomingUnlimited – a program to highlight  the talents of BIPOC girls and young women in sports.

“We want to grow these sports and a lot of times if you look at the sports we have right now – softball, volleyball, and lacrosse – a lot of young kids who are in the BIPOC community are less represented,” said Athletes Unlimited Volleyball outside hitter Deja McClendon.

Inspired by Athletes Unlimited’s signature #BeUnlimited hashtag, the goal is to show young underrepresented women in sports that it is possible to play their sport at a professional level.

“#BecomingUnlimited is a really good way to show these kids that they’re one step already towards their goal of being unlimited or being an Athletes Unlimited athlete,” McClendon said. “Making them feel like they have the opportunity to become pros and that Athletes Unlimited is there for them and wants them to grow.”

Now more than ever, McClendon believes it is vital to invest in youth sports and development.

“Sports is so much more than just playing or just a game,” McClendon said. “It is about growing athletes as people and I think that is something that our world really needs right now.”

The program is not only looking for players who are talented in their respective sports, but who are also active leaders on their teams and in their communities.

The criteria for a #BecomingUnlimited athlete includes:

During Jackson’s high school career, she traveled seven hours to play on a team in hopes of gaining greater opportunities in the sport she loves. Now, Jackson wants to assist the future generation of players in helping open doors without having to go to such great lengths.

“It’s really just about making sure that young people have the opportunity to be seen by schools that need them in their programs, because these girls are really good,” Jackson said. “I want to make sure that we’re providing more visibility for these hard-working, talented players that might not have the time, privilege or money to be doing all of the extra things I feel my parents had to do.”

Jackson says she feels empowered by the platforms that softball and Athletes Unlimited has given her to use her voice for positive change.

“We’re in a league that essentially allows us to go after the things we believe need to happen and go after the things that will spark change in this world, this country and our communities,” Jackson said. “This is only one of the ways we can give back, and I believe we can continue to build on this for the future.”

“I think all of us really resonated with thinking of ourselves as young women athletes and when we were just growing up and just starting to get into lacrosse, softball and volleyball, what that really meant to us,” Shane said. “Being able to extend it to other folks in the BIPOC community that aren’t always acknowledged and might not have the resources or capabilities to play on the most elite of club teams or make it to some of these tournaments that cost so much money.”

Shane emphasizes how oftentimes BIPOC athletes aren’t given as much exposure because of the lack of accessibility in those communities.

“It’s kind of an accessibility and exposure issue being that not everybody is given the chance to become unlimited and I think that means a lot of different things,” Shane said. “I think we’re really trying to target those that have faced adversity before in their lives but know how to be resilient and have pushed through.”

Out of the criteria for the program, Shane says civic leadership is one of the most important.

Just as the Racial Equity Working Group was formed to enact change not only within Athletes Unlimited but within the broader community, the athletes of the Working Group hope that the future generation of women in these sports will do the same.

“I think #BecomingUnlimited really means proving and showing that you’re an incredible human that wants to make change, that wants to excel at the sport, and works hard to want to play eventually at the Athletes Unlimited level,” Shane said.