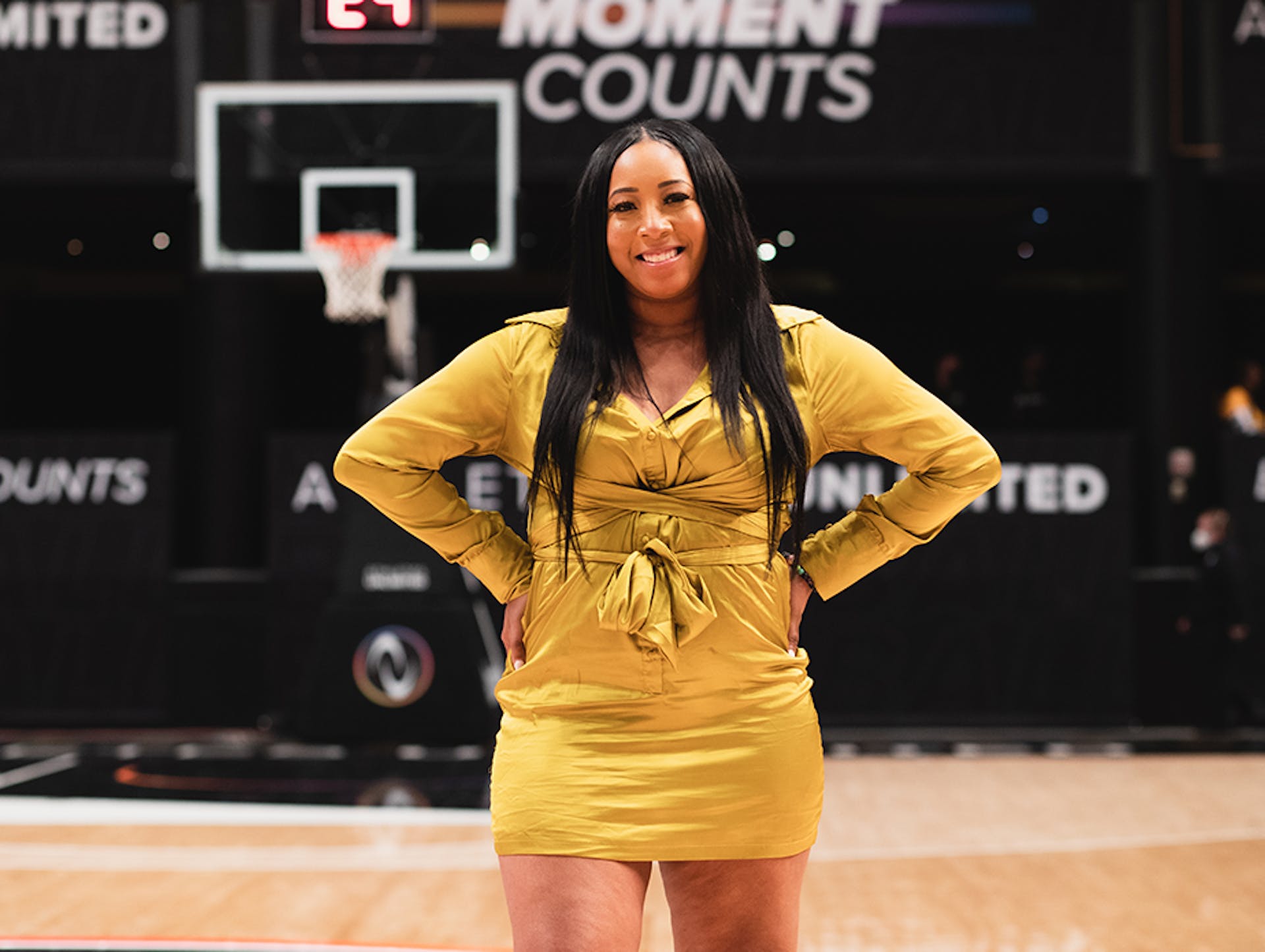 Girls Talk Sports TV Founder and WNBA Insider Khristina Williams will be answering questions each week in a weekly mailbag.

Have a question? Submit your questions weekly via Twitter.

Q: How would you describe AU basketball to new sports fans? (@bionicbritt86)

Athletes Unlimited Basketball is a player-led professional women’s basketball league with a unique format. Every week, the top four players are named captains and draft new teams. At the end of the season, an individual player is named champion.

Q: I was reading the rules of AU, so it’s only one individual champion and not a team? (@sharna007)

Correct. At the end of the season an individual player is named champion of Athletes Unlimited Basketball. This is determined by the points system. The player with the most points at the end of the five-week season wins. A player’s points are made up of win points, stat points and MVP points. A player needs to win with their team to be on top of the leaderboard. So while you still get the same five-on-five team basketball we’re used to seeing, the overall structure of this league is different.

What are the rules for how a facilitator works? (@GoMsArca)

Yes. Athletes Unlimited is not meant to compete with the WNBA but to complement it. This league gives active WNBA players a chance to stay stateside opposed to going overseas in the off-season, provide visibility to free agents looking for a chance to get a contract and also fill in the gap of media coverage between the WNBA regular season and off-season.

The potential and power of this league is evident in the opportunities it’s already created for participants, facilitators and content creators. In the first week, we’ve seen players and facilitators sign new contracts for the 2022 WNBA season, athlete game highlights featured on SportsCenter’s Top 10 and games broadcasted on network television.

The buzz and excitement for this league shows what can happen when you invest in women’s sports.

New Fan! Why are teams named “Team Carrington” and “Team Mitchell” as opposed to “The Sparks” for example? (@Mellisha1521)

Athletes Unlimited is truly a player-driven league. There are no franchises, coaches, general managers or team owners. Every week players are drafted to a new team. The top four point scorers at the end of the week are named captains and are able to draft players to their team. Teams are named after their respective captains. Each captain is assigned a team color based on their standings.

How do players feel about playing in Vegas? Do they feel like it’s a good basketball atmosphere? (@aishaomcdonald)

Last week I was able to attend the games in person and from what I gathered the players are excited about playing in Vegas. Vegas is already the home of the WNBA’s Las Vegas Aces, so you do see a lot of those fans in the stands in addition to locals. Vegas is a premiere sports city. Athletes Unlimited is located at the Sports Center of Las Vegas, which has been renamed Athletes Unlimited Arena for the duration of the season. For those attending games in-person, you get a top tier experience. From in-game entertainment to the ability to purchase exclusive AU merch in the arena, everything about this league is intentional with both the athlete and fan in mind. The league prioritizes players’ needs in providing housing, transportation, training staff and childcare for athletes throughout the season in Las Vegas. The players have spoken highly of AU and are honored to be one of the 44.

I haven’t had this much fun hooping in awhile.

This is the most fun I’ve had hoopin in a min. @AUProSports

1 of 44 🧡💜💛💙@AUProSports has something special on their hands. Happy to be apart of the journey and make history in the process.

Which AU players would you put in your starting lineup after Week 1? (@rafique_louibk)

That’s a really great question, Rafique. If I had to build a fantasy Athletes Unlimited starting lineup after the first week, I would select:

Do overtime points count the same? If so, isn’t that a disadvantage to the other team? (@sabreenajm)

According to the Athletes Unlimited point system, in overtime no player earns individual points and there are no additional win points to be earned. However, points can roll over if the fourth quarter is tied and the 100 win points are still on the line.

How is money raised for the players’ wonderful charities? (@darringarcia34)

The Athletes Unlimited Causes program, powered by Give Lively, will provide funding to a charity of a player’s choice that is equal to 50% of their season bonus. Players will also be able to create their own fundraising pages to support the organization of their choice.

You can find a list of non-profit organizations that Athletes Unlimited athletes are playing for here.

What lessons can the WNBA take away as AU basketball is definitely making the game more innovative and exciting? (@1NathanSnell)

While both leagues are distinctly different, I believe one of the things that the WNBA can take away from Athletes Unlimited is how content creators are empowered. This season AU partnered with some of women’s basketball’s top creators to provide season-long coverage of the league. This strategy not only provides a variety of stories being told in new ways, but also gives opportunities to those who are the heart and soul of coverage. The content creators of AU  have been able to bridge the gap between sports fandom and athletes in real time and in a very authentic way. I think that is one of the keys to growing and engaging sports fans and having a lasting impact.