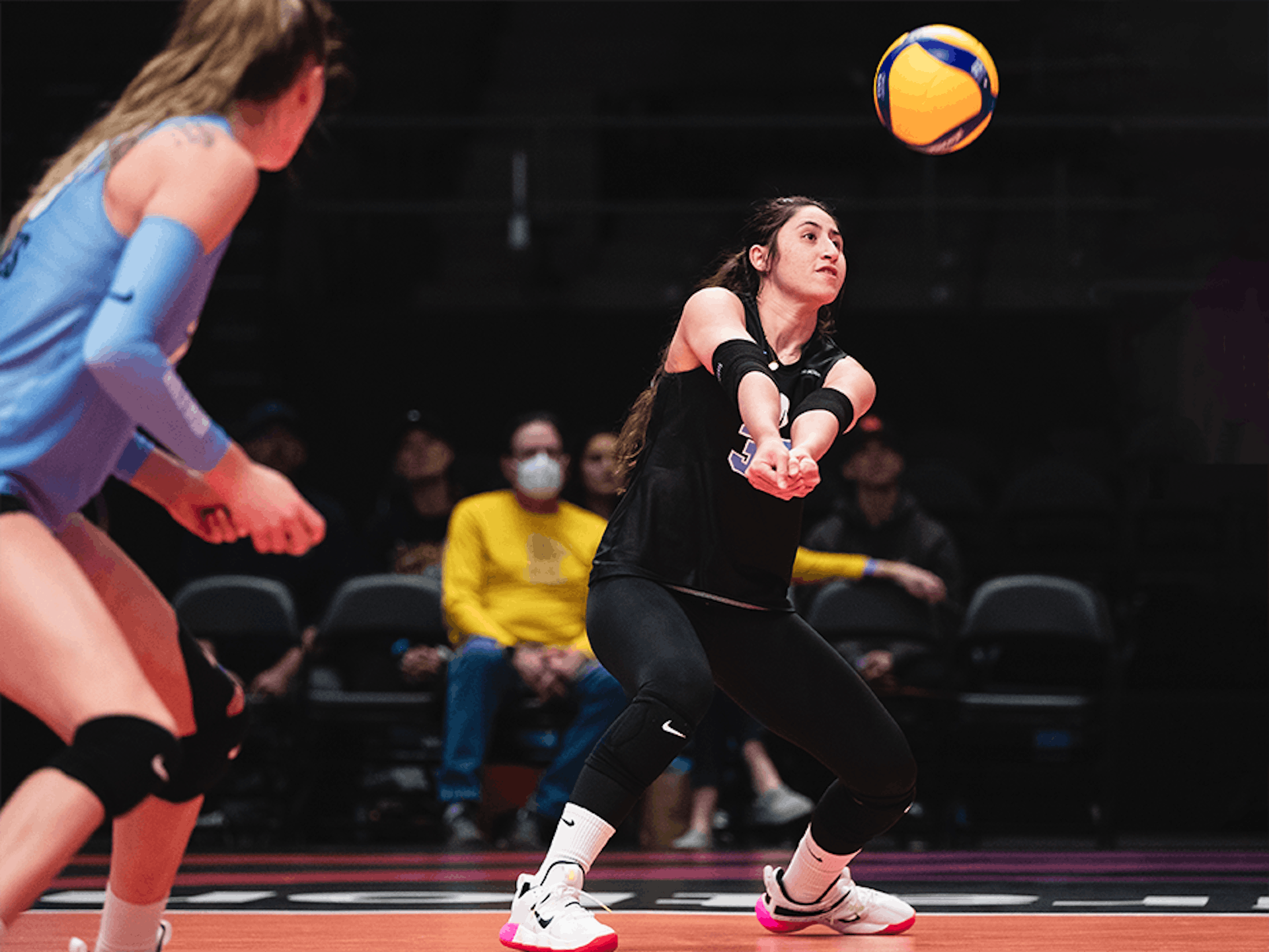 For most volleyball athletes with hopes of reaching the professional level, it’s assumed the only option to turn dreams into reality is to play internationally.

Hana Lishman was no different.

While in college, Lishman understood that the next step for her would likely include leaving everything she knew behind her and traveling abroad if she wanted to take the next step in her career.

Initially, Lishman thought that meant playing in a league overseas. “That was the reality of the situation. There’s nothing wrong with playing overseas, but it was scary to think you had to be gone for so long,” she said.

After graduation, however, things took a different turn. She earned a spot on Team USA and went on to win bronze at the 2021 Pan American Cup. While her next step post-college included international play, it wasn’t nearly in the way she thought.

“It was an awesome experience. It was such an honor to represent the United States,” Lishman said. “It’s been a dream of mine to wear that uniform and it was so exciting for that dream to come true.”

While Lishman loved her experience with Team USA, she is thrilled to have the opportunity to continue her career in the United States. Athletes Unlimited provides women an option that didn’t exist previously. It was either choose to leave everything you knew behind and go overseas, or leave your career behind and stay put in the United States.

Now, athletes like Lishman are grateful to be able to play in the U.S. and don’t feel like they have to leave their entire lives hours and miles away.

“When I got married, things shifted. It’s cool to have this outlet to continue to live life and play close to home.”

With a couple weeks under her belt, Lishman says she’s already learned a lot. “It’s an honor learning from some of the best volleyball athletes in the country,” she continued, “I’m blown away that I get to play with these people each week.”

Having the opportunity to play with and against these women is incredible and I want to gain as much knowledge as I can.
Hana Lishman

Lishman loved everything about her Pan American Cup experience and wasn’t sure what to expect as the AU season approached. “I didn’t know what to expect. I was so nervous,” she said. After the first draft, she felt more settled. “It’s nerve racking [at first], but it’s just about understanding you’re going to be on a team and you’re going to play. Regardless of where you get picked, you can’t let the draft get to you.”

Two weeks into the season, Lishman remains in the top 10 on the leaderboard. However, while competing at a high level is important to her, her main goal is to learn as much as possible.

“Having the opportunity to play with and against these women is incredible and I want to gain as much knowledge as I can.”

Knowledge she hopes to take with her over the course of her career, whatever or wherever, that may lead her. Lishman says she isn’t sure what’s next, but she does hope she has another opportunity to play abroad.

“I want to experience new cultures, learn new languages and try new food,” she said. “I love being close to home. You don’t get to have family close by supporting you internationally. It gets lonely, so being at home is amazing.”

Although Dallas isn’t her true home, in a way, she feels right at home. “I love everyone here. We’re teammates one week and competitors the next, but at the end of the day, we’re all family.”