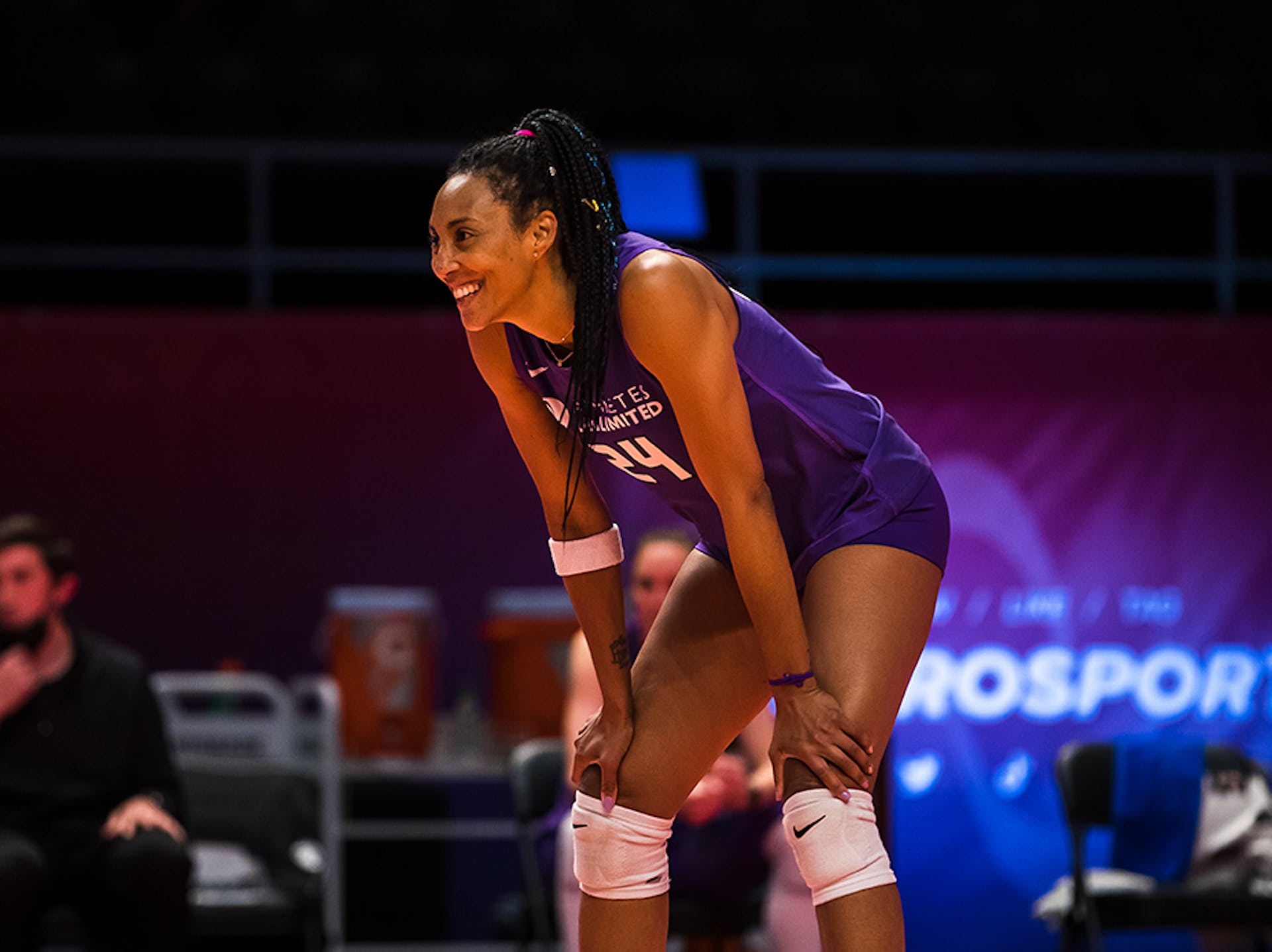 Athletes Unlimited today announced that season two of its women’s professional volleyball league will kick off on March 16 and run for five weeks through April 16. In addition, the first 24 players of the 44-player roster have been signed, headlined by Athletes Unlimited champion Jordan Larson (Outside Hitter; Hooper, Neb.), who recently won Olympic gold as captain of Team USA and was named MVP of the Olympic volleyball tournament.

Other top returnees include two-time Olympic gold medalist Sheilla Castro (Opposite; Belo Horizonte, Brazil), as well as season one GEICO Defensive Player of the Year Nomaris Vélez Agosto (Libero; Corozal, Puerto Rico). Among the first seven newcomers signed to-date is the legendary Nootsara Tomkom (Ban Pong, Thailand), who has long been considered one of the best setters in the world.

In 2022, Athletes Unlimited Volleyball will return to the Fair Park Coliseum in Dallas, the site of season one, with matches to be played in front of fans for the first time. Tickets for each of the 30 games are available beginning today at AUProSports.com for Unlimited Club members and on November 19 for the general public.

USA Volleyball will once again serve as a Strategic Partner of the league, while Starlings Volleyball, USA, will remain a Charitable Partner. Starlings aims to positively impact the lives of at-risk girls through the sport of volleyball by providing access to quality programs, regardless of financial status, ethnicity or skill level.

Athletes Unlimited CEO Jon Patricof said: “As the only professional indoor women’s volleyball league in the United States, we’re beyond thrilled to welcome back 17 players from season one and seven new players who will be joining the league for the first time. I hope fans will stay tuned for more news in the coming months as we announce the remaining 20 players, as well as details about our national and global media partnerships.”

Castro, Larson and Vélez Agosto are among 17 returning athletes signed thus far. Joining top-ranked Larson are three further players who finished in season one’s top 10, including No. 4 Aury Cruz (Outside Hitter; Levittown, Puerto Rico), who represented Puerto Rico at the 2016 Olympics. In addition, Deja McClendon (Outside Hitter; Louisville, Ky.) and Kristen Tupac (Libero; Cedar Rapids, Iowa) are rejoining the league after finishing sixth and 10th in 2021.

All five members of the Volleyball Player Executive Committee – which leads decision-making for the league – will be back on the court in 2022, including Larson, Tupac, Cassidy Lichtman (Outside Hitter; La Jolla, Calif.), Molly McCage (Middle Blocker; Spring, Texas) and Taylor Morgan (Middle Blocker; Blaine, Minn.).

Highlighting the list of newcomers with Tomkom is Morgan Hentz (Libero; Lakeside Park, Ky.), a three-time NCAA champion and three-time All-American from Stanford University. Meanwhile, world champion and two-time Olympic alternate Tori Dixon (Middle Blocker; Burnsville, Minn.) will be making her Athletes Unlimited playing debut after having to sit out the 2021 season with an injury.

Additional new players will be identified via the first ever Athletes Unlimited Volleyball College Draft, which will follow a format similar to the drafts conducted in Athletes Unlimited Softball and Lacrosse earlier this year. A total of 15 players who will have completed their NCAA eligibility in 2021 will be drafted during a live broadcast on Dec. 17, with the chance to be signed to the league for the 2022 season. The Volleyball College Draft will be streamed on YouTube and Facebook at 7 p.m. ET, and a live watch party will take place at the American Volleyball Coaches Association Convention in Columbus, Ohio.

Larson said: “Athletes Unlimited provides the premier platform for women’s pro volleyball players in the United States. I’m beyond excited to have the opportunity to return to Dallas, and play in front of the incredible community of volleyball fans and players in the region and beyond. That coupled with some of the new athletes joining the league will make for a can’t-miss season.”

Located just two miles from downtown Dallas, the Fair Park Coliseum is part of the 277-acre Fair Park that is home to hundreds of world-class sports, music, cultural and community events every year. Athletes Unlimited will also be supported by the Dallas Sports Commission, which has helped attract more than 65 sporting events to the area in the last year alone.

Monica Paul, executive director of the Dallas Sports Commission, said: “Our mission is to attract marquee sports events at every level to our great city and make Dallas an even better place to live. I’m personally passionate about hosting women’s volleyball here, as we open up pathways for women and girls to become the next generation of bright stars in sports.”

Additional news regarding player signings, and corporate and broadcast partners will be announced in the coming months.