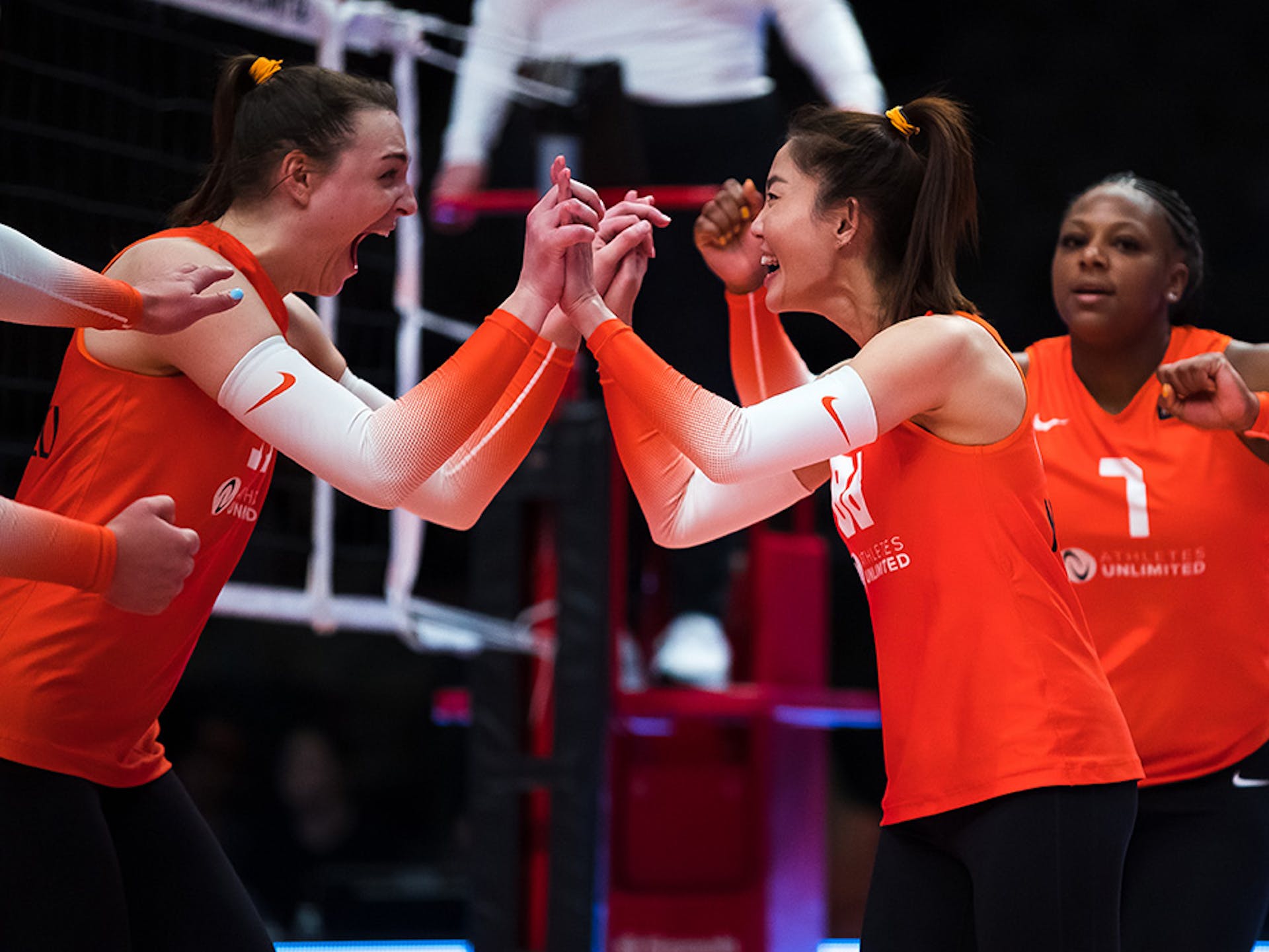 The win allowed Team De La Cruz to finish the opening week of the season with a perfect 3-0 record while Team Cruz closes play with an 0-3 mark.

Outside hitter Aury Cruz and opposite hitter Falyn Fonoimoana each fashioned 10 kills in a losing effort for Team Cruz, while outside hitter Erin Fairs chipped in a career-high 15 digs with a season-high nine kills.

Led by four kills apiece from opposite hitter Sheilla Castro and outside hitter Bethania De La Cruz, Team De La Cruz took the early lead in the match with a 25-19 first set victory. But, Team Cruz answered with a 25-23 victory in the second set on the strength of four kills from outside hitter Madison Villines. Team Cruz also claimed the final set by virtue of a 25-23 verdict, but Team De La Cruz earned the match win.

Erin Fairs led all players with 254 points with 15 digs and nine kills in the match. Bethania De La Cruz earned 228 points, digging 13 and adding six kills. Madison Villines rounded out the top point-earners with 10 kills and eight digs for 218 points.