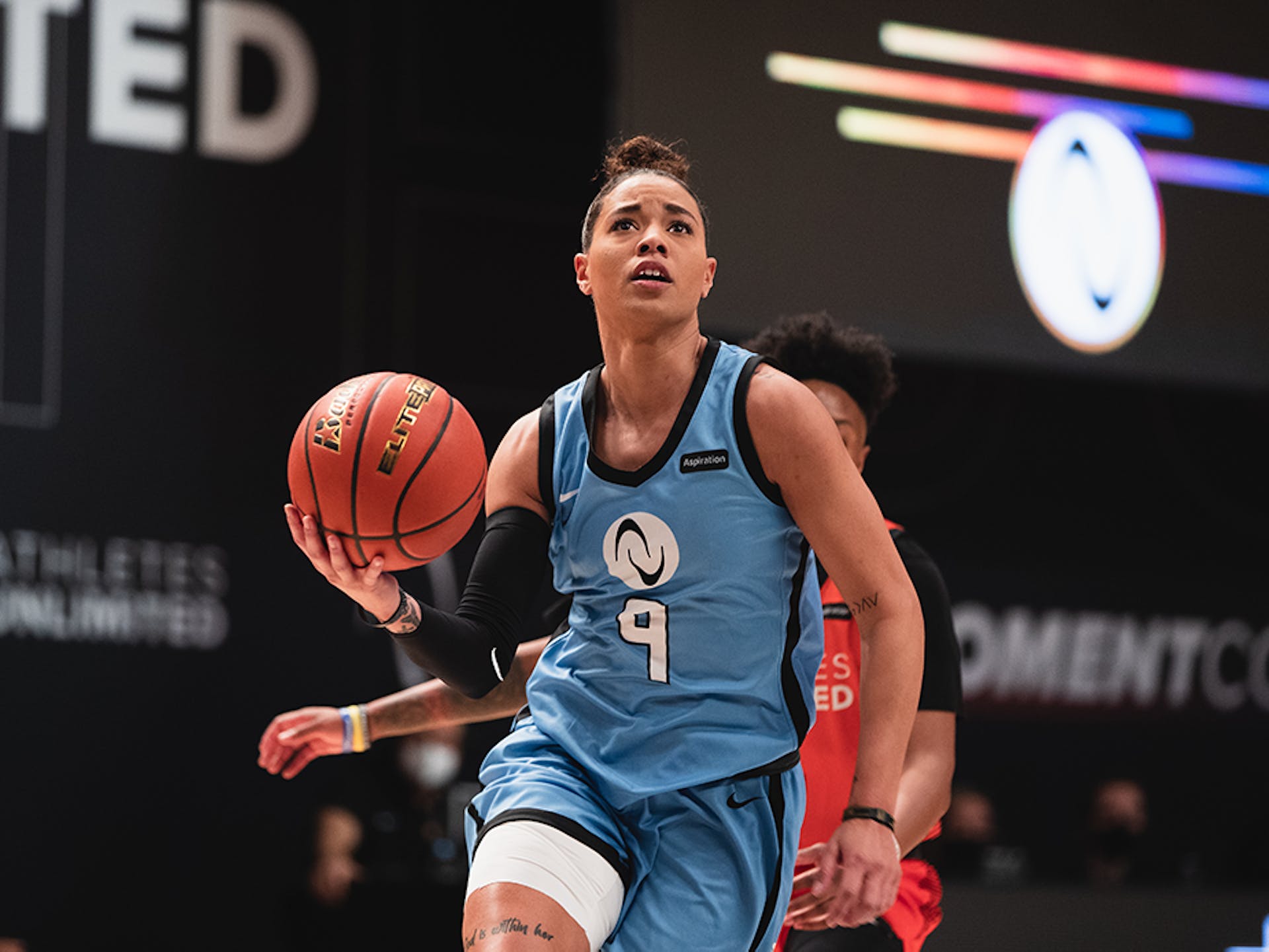 Mere seconds were the deciding factor in Team Cloud’s 87-85 victory over Team Harrison on Wednesday evening to open the penultimate week of Athletes Unlimited Basketball.

With 3.6 seconds to go, and the ball in captain Natasha Cloud’s hands, Cloud drove to the net and drew a foul. Team Harrison challenged the call, but was unsuccessful, resulting in a technical foul, in addition to the shooting foul, as the team was out of timeouts. Cloud, who hit nine free throws throughout the game, went to the line once again and converted all three to give her team the lead, and the victory.

Cloud’s heroics were helped by “big-guard” partner DiJonai Carrington, as Cloud puts it, and Lauren Manis. Carrington added her second double-double of the season with 20 points and a game-high 11 rebounds. Her 20 points marked the 10th time this season she reached double figures in scoring, the longest streak in the league.

Manis tallied a season-high 20 points, including 18 in the first half alone, which helped close the gap for Team Cloud entering the third quarter.

That triumvirate accounted for 67 of Team Cloud’s 87 points.

“I think we all knew that we just needed to turn it on. We were kind of slow to start and we were all just being super aggressive,” Manis said. “I was just trying to attack the basket and make things happen as I think everyone else was. I think that’s what helped us down the stretch, is just being aggressive and attacking the rim, drawing fouls and completing some key plays.”

Leading Team Harrison was Isabelle Harrison, who just missed a triple-double. Harrison led her team with eight assists, 10 rebounds and 18 points, 16 of which came in the second half. Guard Lexie Brown also chipped in 16 points, including four three-pointers, and Jantel Lavender added 12 points and seven rebounds.

Team Harrison opened the game with an unanswered 9-point run, leaving Team Cloud scoreless through the first 3:50. Cloud was the first to net points for her team as she drove to the basket for a lay up. Team Cloud shot just 30.4% from the field in the first quarter, but settled in to get within four points as the quarter came to a close.

“Defense, that was huge for us today. We had a lot of possessions where we played really, really, really hard, really good defense. We were there rotating for each other and that was really good to see that we had each other’s back,” Carrington said. “Early on, we weren’t making shots. Well, [Lauren] was, but the rest of us were not making shots and our defense is what kept us in the game.”

It was Manis’ skills on display during the second, leading an 11-0 run and draining a triple to give Team Cloud its first lead of the game. Of the 26 points Team Cloud scored in the second, Mani was responsible for 13 of them. Team Cloud finished the second half ahead 43-40.

A tight-knit game continued into the third, as teams exchanged baskets and the lead. Team Cloud only trailed once – by one point – in the third, but held its lead the remainder of the quarter, entering the fourth 69-65.

NOTES: Cloud was named MVP 1 (+90) and finished with 603 points on the night. Manis earned an additional 60 points for MVP 2 honors, finishing with 452 points. Carrington was named MVP 3 for 30 points and 383 overall on the night.