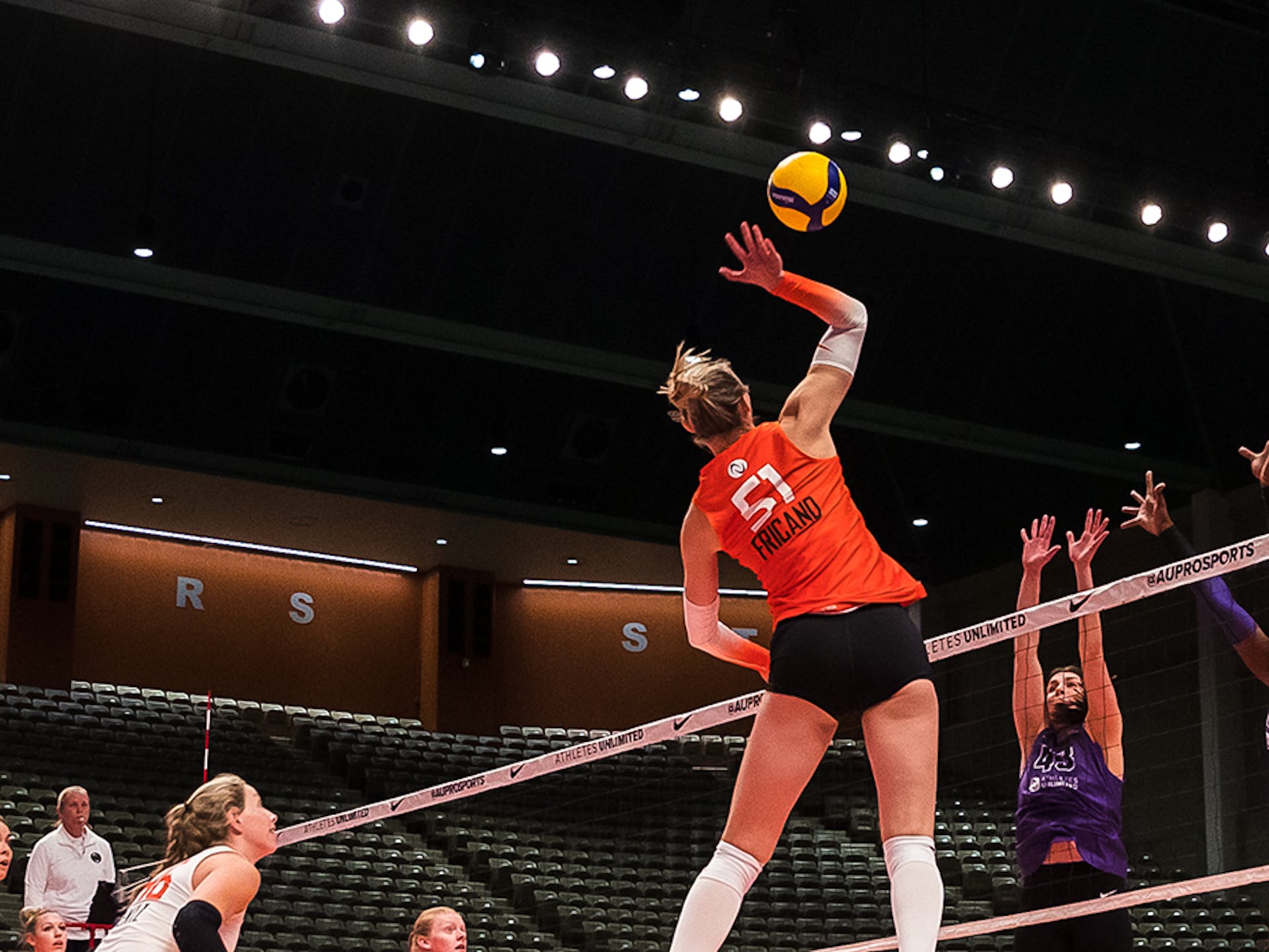 That’s how Taylor Fricano looks at her season with Athletes Unlimited Volleyball. She didn’t just come out of retirement. She hadn’t even taken an extended amount of time off. In fact, she was playing internationally just weeks before the Athletes Unlimited season began.

So why did her career need reviving?

For as long as she can remember, Fricano’s dream had been to play in Italy. In April of 2021, that dream became reality. She had an amazing experience and decided to transition to another team when the season ended and extend her time in the European country.

But the weeks ahead would be some of the worst in her life. From where she lived to how she was treated both on and off the court, the reality began to sink in that Fricano’s dream of playing in Italy was far from what she imagined.

As someone who suffers from depression, Fricano’s life in Italy amplified the feelings of sadness and loneliness.

“It was one of the most depressing times of my life,” Fricano said.

Anyone who knows Fricano would say she radiates light and kindness. “The person I was in Italy was not that. I didn’t even recognize myself,” she said.

Forced to pay for therapy out of pocket, her regular sessions with her therapist were her lifeline to surviving the season she was in.

Weeks went on and finally, Fricano’s time in Italy came to an early end. Determined not to let anything break her, she reached out to Athletes Unlimited and joined the league in one of the last spots just weeks before the 2022 season was set to begin.

Fricano says in the few short weeks she has had with Athletes Unlimited, she has hope. She’s soaking in each and every day and is incredibly grateful for how well Athletes Unlimited treats everyone. From the staff to the players, as she choked back tears, Fricano expressed nothing but gratitude and joy for how kind each person has been to her.

Being here with these positive, uplifting women has given me hope and, in a way, I’ve fallen in love with volleyball all over again.
Taylor Fricano

While she was in Italy, Fricano lost her love of the game of volleyball. She no longer experienced joy when she stepped out onto the court and instead felt dread.

Now, she says her love has been restored.

“I wondered if I lost my love of volleyball, but Athletes Unlimited has renewed that,” Fricano said. “Being here with these positive, uplifting women has given me hope and, in a way, I’ve fallen in love with volleyball all over again.

“It’s the small things. AU thinks about the details,” she said. Fricano says that despite the challenges that have come with AU, like being drafted each week, there are people there to support her and help her talk through the feelings that come with that. When she struggled with mental health in Italy, she was forced to find resources on her own. Athletes Unlimited provides those resources.

That’s just one small example of how vastly different Fricano’s experience has been from her time in Italy. The list is, however, endless. “I could sit here and talk to you for hours about how great Athletes Unlimited is,” expressed Fricano.