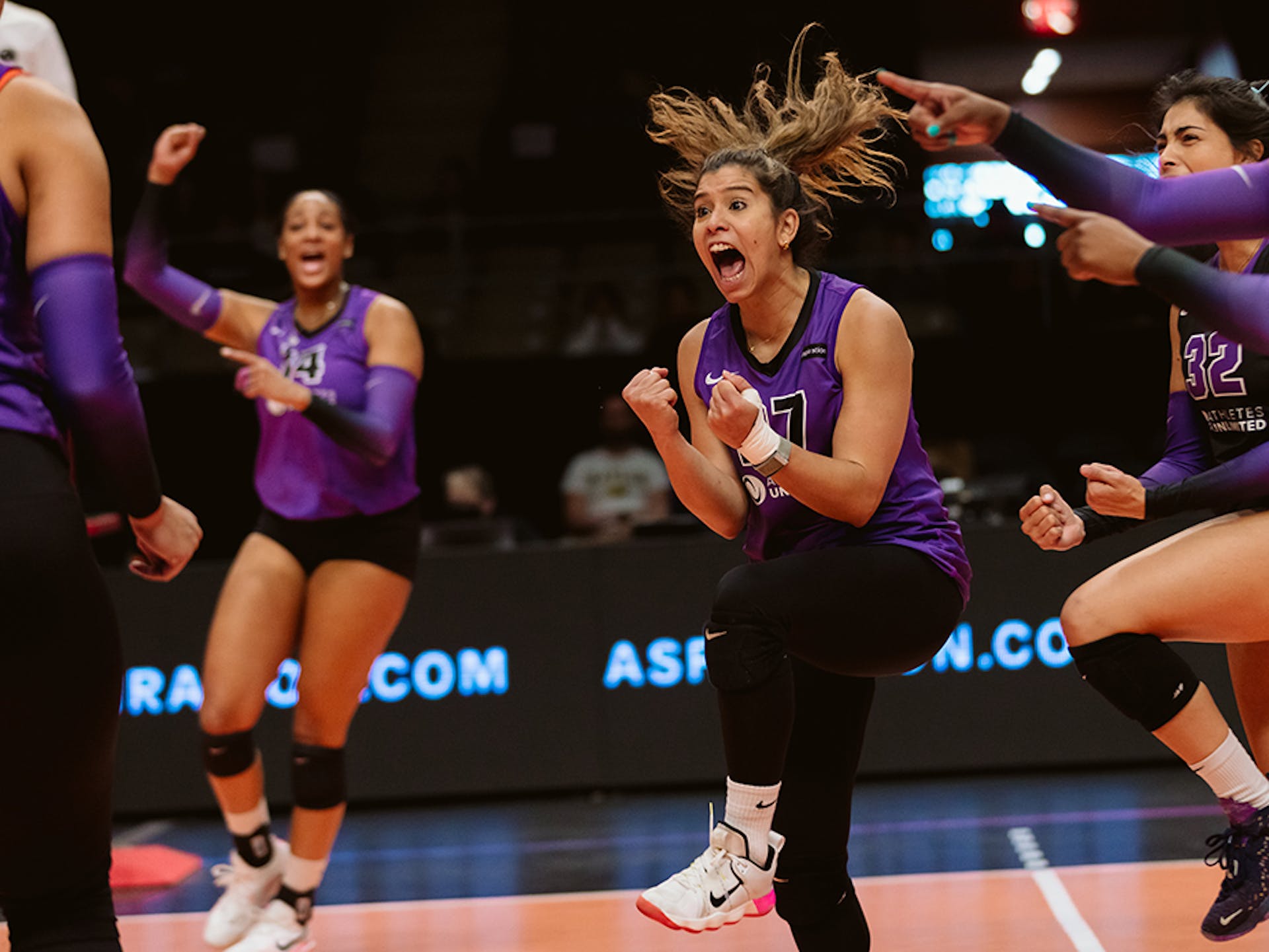 Rosenthal, who registered her first double-digit kill performance of the season, tallied a match-high 16 kills on 42 attack attempts while hitting .591 in the victory. She also added two of Team Valentin-Anderson’s four blocks in the win along with two digs.

Valentin-Anderson, meanwhile, posted a league season-high 48 assists and matched her season high with 17 digs to lead her team to the victory. She also contributed a block with two kills and three service aces.

Outside hitter Leah Edmond chipped in 15 kills with 10 digs for Team Valentin-Anderson, which overcame 21 attack errors to seal its second straight triumph.

Team De La Cruz, which authored a wire-to-wire victory in its Week Four opener on Wednesday night, was paced by outside hitter and team captain Bethania De La Cruz, who matched Rosenthal with 16 kills while adding 15 digs for her fifth double-double of the season.

Outside hitter Cassidy Lichtman poured in 10 kills with eight digs in the loss, while setter Alisha Childress notched 36 assists with seven digs.

Led by seven kills from its captain, Team De La Cruz hit a blistering .406 in a back-and-forth opening set to claim a 25-22 victory. Team Valentin-Anderson trimmed the deficit to 48-47 by winning the second set as Rosenthal and opposite hitter Falyn Fonoimoana combined to record 11 kills in the middle frame. Team Valentin-Anderson completed the comeback in the final set with a 25-21 verdict.

After conceding the opening 40 points with a first set loss, Team Valentin-Anderson took the remaining 140 win points as a result of its two set wins and match victory. Valentin-Anderson led all players with a season-high 377 points, giving her six straight matches with 200 or more leaderboard points. Rosenthal followed with a season-high 306 points, while De La Cruz led her squad in the loss with 279 points.