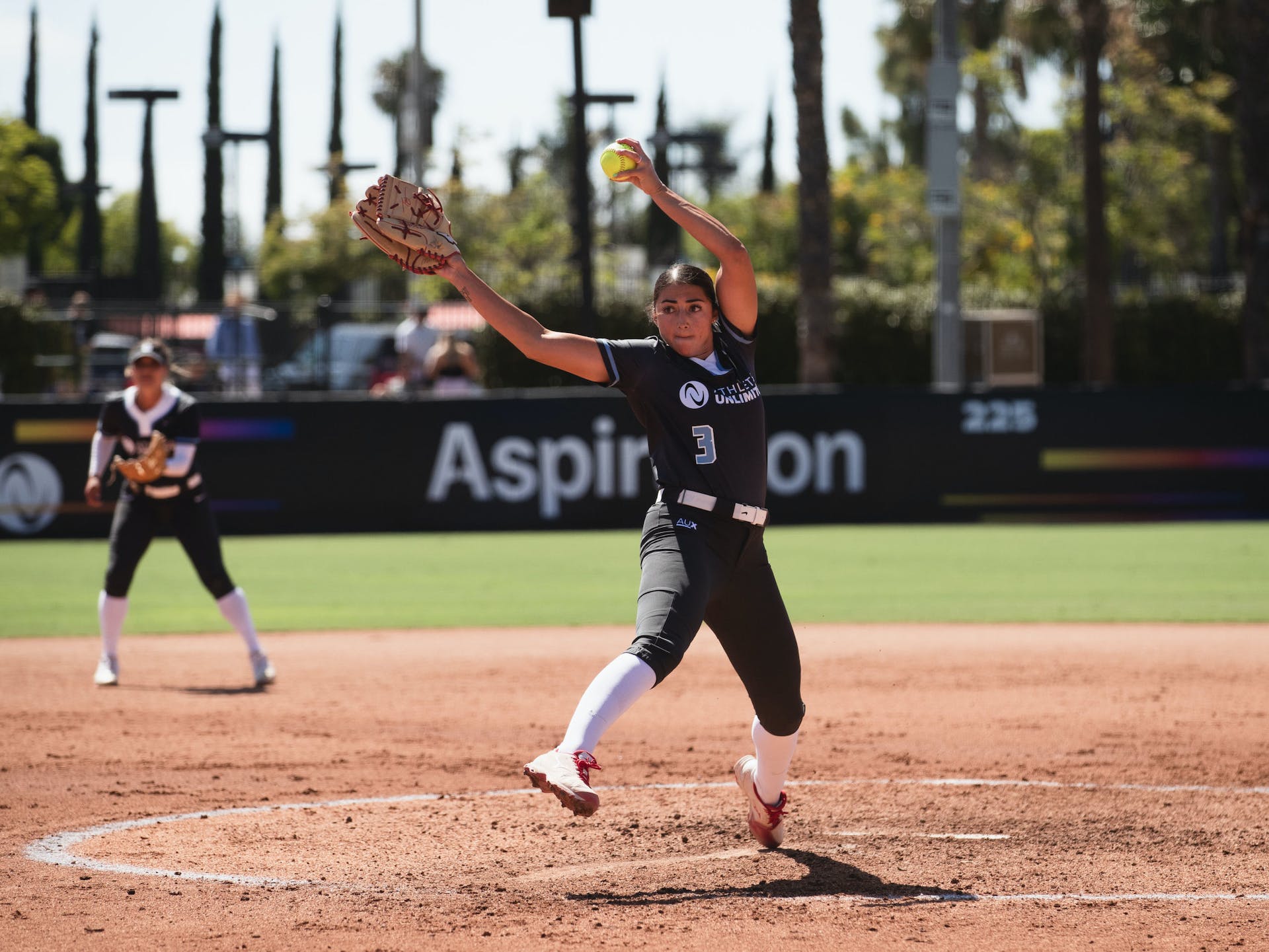 SAN DIEGO — Winning one game during an Athletes Unlimited AUX season can do great things for you on the leaderboard. But, if you’re a member of Team Fischer, winning twice in the same day provides even greater things.

Team Fischer scored two runs in the bottom of the fifth inning to break a 1-1 tie and secure a 3-2 victory over Team Gibson in the nightcap of Saturday’s doubleheader at SDSU Softball Stadium.

The victory allowed Team Fischer to become the first team to win two games in the same day in Athletes Unlimited Softball history. In addition, 11 of the top 12 spots on the leaderboard now belong to athletes on the Team Fischer roster after the squad took home 200 of the day’s 240 possible win points.

Pitcher Danielle O’Toole was stellar in the circle, allowing one unearned run on three hits over 5.0 innings. O’Toole, who upped her record to 2-1, also took home MVP 1 honors and finished the afternoon with 230 leaderboard points.

Three players, including outfielders Victoria Hayward and Morgan Zerkle along with middle infielder Sydney Romero, each added two hits in a winning effort for Team Fischer.

Corner infielder Nadia Taylor paced Team Gibson in the loss with two hits while outfielder Amanda Lorenz went 1-for-3 with a run batted in.

After the teams traded runs in the fourth inning, Team Fischer took the lead with a pair of markers in the fifth inning. Zerkle led off the frame with a double to center field before coming around to score when Hayward singled and moved to second on an error. Fischer upped the advantage to 3-1 when her RBI groundout plated Hayward.

The victory vaulted Zerkle 16 spots to the top of the leaderboard with 712 points after her 160-point performance. In addition, O’Toole rose 14 spots and now stands in fifth place with 660 points. The top five spots on the leaderboard are separated by just 52 points.