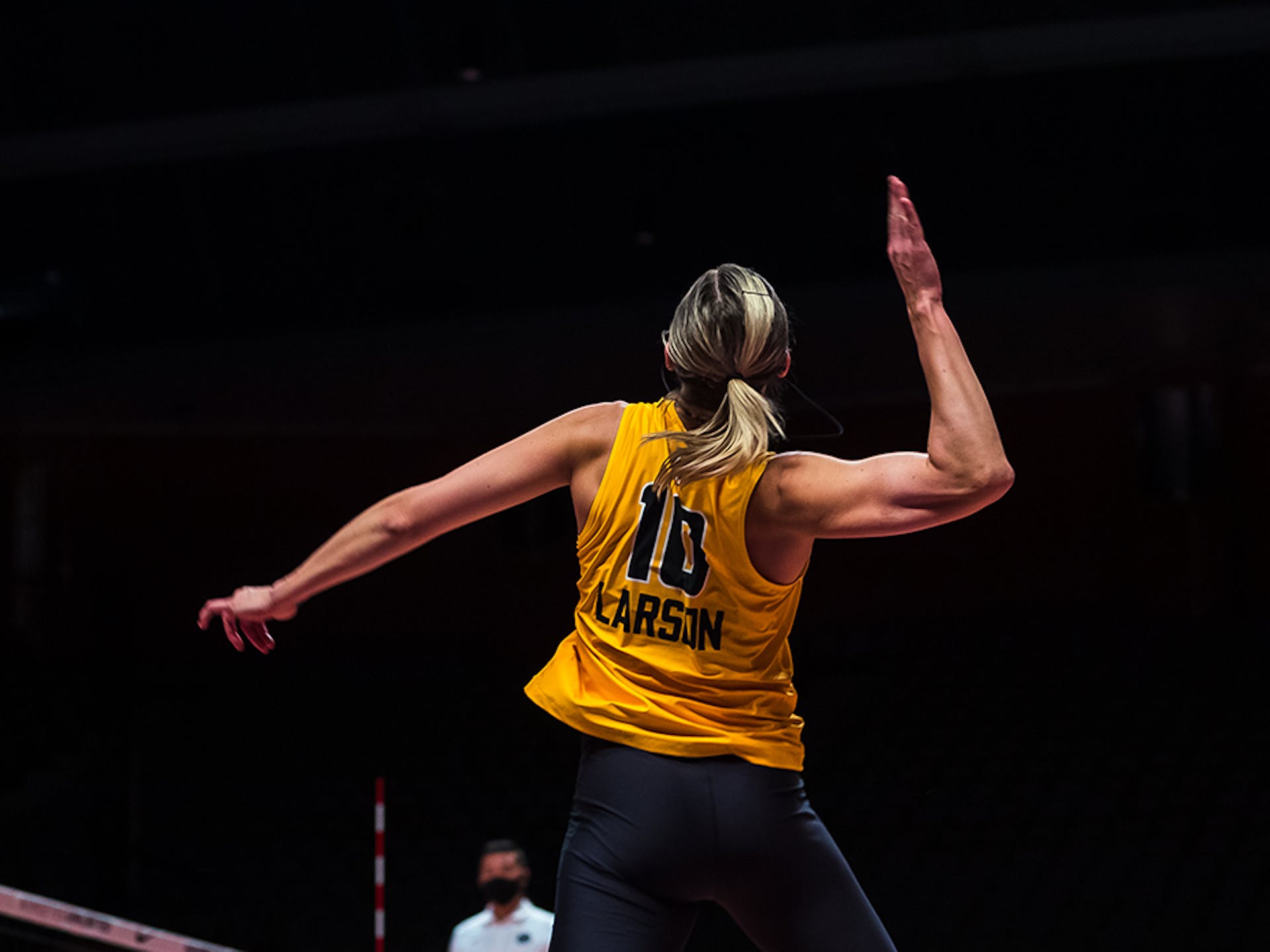 Larson, who served as captain for four of the five weeks tallied 4,569 points and led the league in several categories including most MVP Points (620), aces (15), stat points (2,169) and owns the single-match record for points earned with 436. In addition, she recorded 213 kills and 190 digs.

As a result, she will receive a silver medal hand crafted by Houston-based Max Lang Belt and Buckles, a father and son business founded in the 1970’s that has made custom buckles for President George W. Bush II, country legends Willie Nelson and Loretta Lynn as well as golfer Jack Nickolaus; a portrait painted by Abi Salami, a Dallas-based artist who was selected as one of the Saatchi Art 2020 Rising Stars under 35 and the honor of being entered into the Book of Unlimited, a 500-page book which chronicles the history of the property and will record every Champion from each Athletes Unlimited sport. Players two through four also received medals.

Libero Nomaris Vélez Agosto was voted GEICO Defensive Player of the Year by a combined vote of the players and members of the Unlimited Club and was awarded a medal as well as a $5,000 bonus. Vélez Agosto, who is also a member of the Puerto Rican National Team, played on a team with De La Cruz for four of the five weeks, finished the season with 176 digs and made several spectacular plays during her campaign.

“I am honored to have become the inaugural Athletes Unlimited Volleyball Champion,” said Jordan Larson. “I am so proud to be a part of this incredible group of athletes that helped launch the only women’s professional indoor volleyball league in the United States.”

“I am proud to receive the GEICO Defensive Player of the Year award on behalf of all of the people who invested in me and who trusted in my abilities and skills,” said Nomaris Vélez Agosto. “Thank you for sharing this very special moment in my life. It is a true honor to be recognized for my performance by so many of the world’s best athletes and the fans.”

“Congratulations to Jordan Larson on becoming our inaugural Athletes Unlimited Volleyball Champion and Nomaris Vélez Agosto for winning the GEICO Defensive Player of the Year award,” said Jon Patricof, CEO and Co-Founder of Athletes Unlimited. “We applaud each of the volleyball athletes who played this season and appreciate the fans around the world who came together to support the only indoor women’s volleyball league in the United States.”