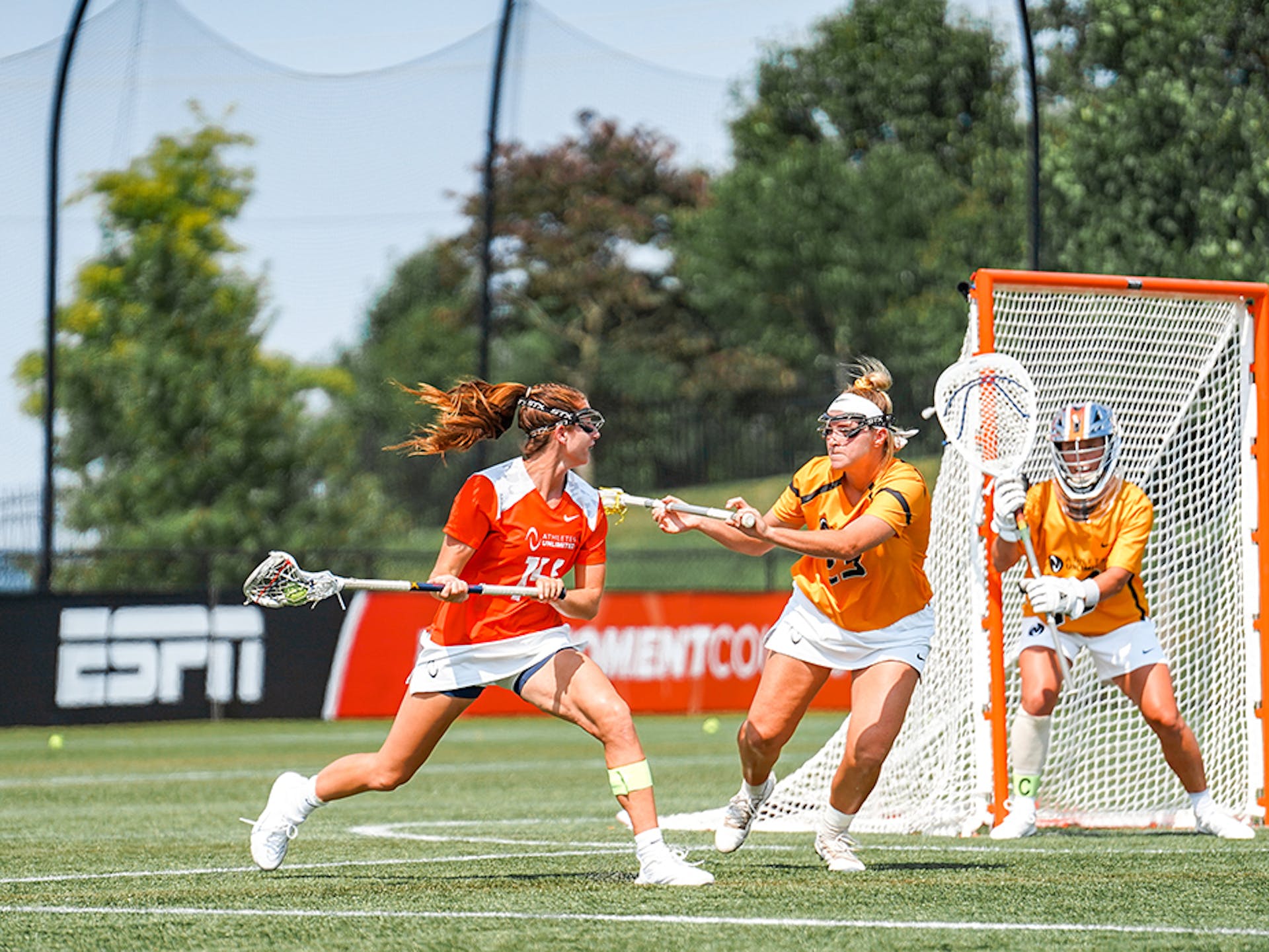 Moreno rose to the top of the leaderboard with the best single-game leaderboard performance in AU Lacrosse history with 241 points on Sunday afternoon. She made 26 saves, allowing only 15 goals. Her 581 points put her at the No. 1 spot, captaining the gold team in Week 2.

Just five points behind Moreno is Johansen, who is tied for the league lead in goals (7), including two 2-point shots. Johansen also registered her first career hat trick during Opening Weekend. She’ll lead the orange team this week.

Apuzzo attempts to craft another unbeatable roster, this time in blue. She scored five goals and posted seven assists, accumulating 467 points. She’s the only player in league history to score in every game of her AU career.

Rounding out the top four is Arsenault. She scooped 11 ground balls, which ranks No. 1 this season, and added three goals during Week 1 for 451 points.