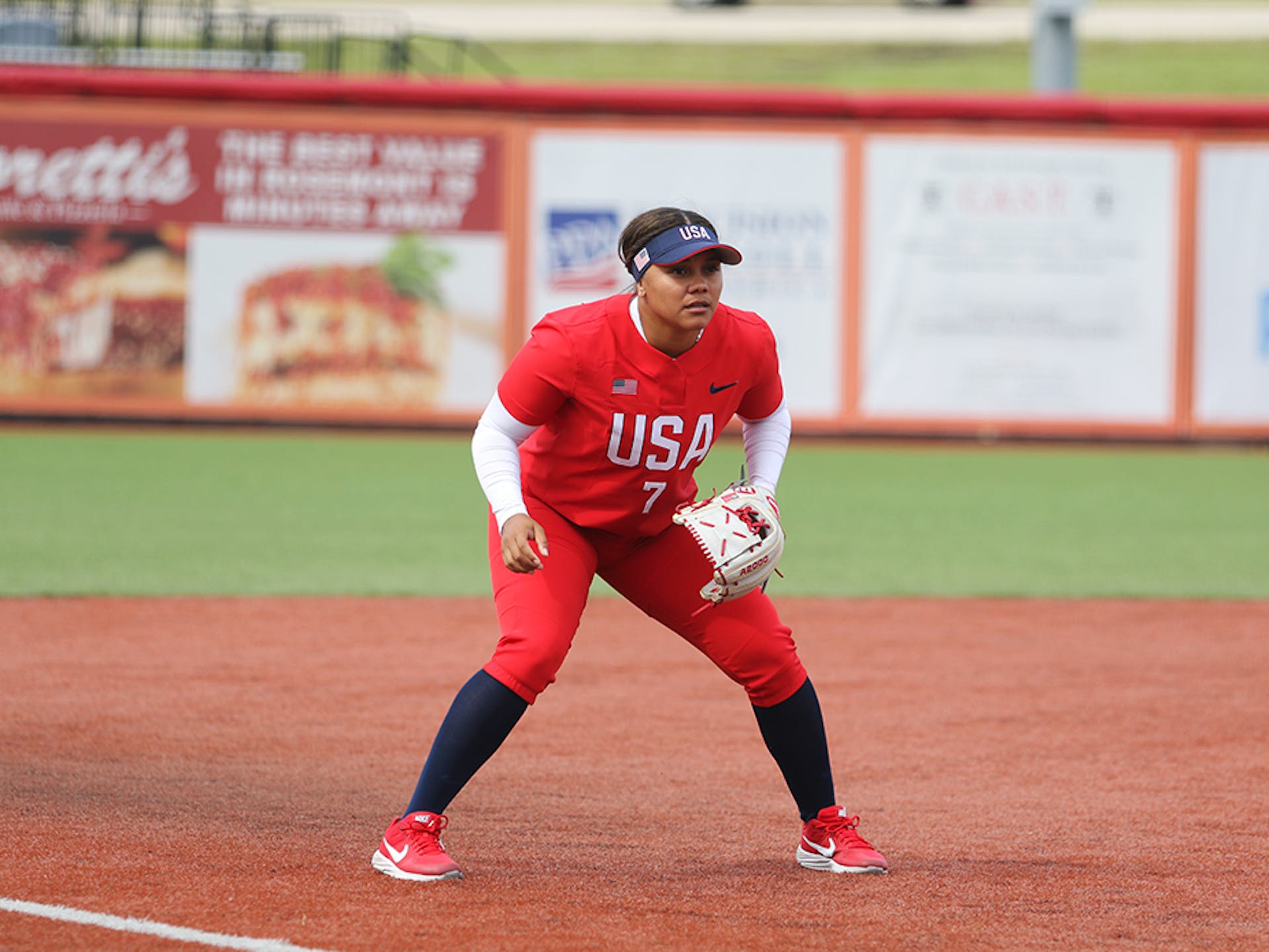 Kelsey Stewart started the conversation by sharing, “What’s good in our world?”

Immediately, Kelsey spoke glowingly about the travel ball and nonprofit organizations she’s starting in Kansas. In the midst of the global impacts of COVID-19 and its effect on sports – including her first Olympics and the first Olympic softball tournament since 2008 – Stewart has had more time to focus on her passions when she’s not playing professionally.

“So that is what’s great in my world right now. And then obviously I’m getting ready for Athletes Unlimited, which I think is going to be a great opportunity and I’m super excited about it,” Steward beamed.

However, in the last month, it’s been more than COVID-19 that has kept her away from her community building. Stewart also brought a much needed conversation about racism to the softball world. While away from her former team, the Scrap Yard Dawgs, Stewart came across a tweet sent from the team account as her teammates were on the field.

“They were all very, very angry. That’s the first time I could feel the anger behind someone’s voice through the phone,” Stewart said.

“They were angry and it was a no-brainer that people weren’t gonna play,” Stewart said. “It wasn’t even a question. Everyone’s just like, ‘You’re absolutely right. This is not what we stand by and her using us as a political pawn for whatever reason was just not going to fly and that’s not something that we believed in.’”

So the team gathered their belongings and never looked back on June 24. By July 1 the players rebranded as This Is Us Softball and made it clear they would not be spoken for.

This is Us, both a slogan and name, represented awareness, empowerment and unity.

“At the end of the day, we’re human beings and we know what’s right and what’s wrong,” Stewart said about her and her teammates’ decision on their slogan. “We voted on it as a team, the three words that we really felt like needed to be understood in this world today.”

From the uncertainty when players left the locker room for the last time to the stress of trying to find sponsors and donors –– and creating merch and a website to boot –– the team never wavered.

By July 8 the team was forced to cancel their summer exhibition tour against the USSSA Pride due to COVID-19. However, that has not stopped the players from using their platform to raise awareness about racism in softball and throughout the country, empower themselves and others to take a stand, and to always foster unity within their beloved sport.

Yet again, Stewart’s softball plans for 2020 have taken a turn, but perhaps there is a larger plan. A plan that will allow her to embody the This Is Us message far and wide.

“I feel like now in my life I’m in a good place where I can focus on myself, as well as pour into others and pour into this nonprofit and into the travel ball team,” Stewart said.

Stewart is starting a travel ball team to give young players the opportunity to see the world playing softball like she did and continues to do as a member of the United States National Team. But the truth is, not every athlete can meet the financial commitments it takes to be dedicated to travel ball. That’s where her nonprofit comes in.

Stewie’s League will provide opportunities for children who otherwise can’t afford to play softball. As the program grows, Stewart hopes to incorporate scholarships for players to buy equipment and other necessities to continue their softball journey.

As a Black player in a sport seen as predominantly white, especially in the United States, Stewart wants what she creates to be inclusive in all ways for her Kansas community.

“My goal is to expand their minds to realize that you’re not stuck in Wichita. You can grow outside of this place and you can go to lots of places. And on top of that just being very open with their minds and their hearts to everything that’s going on.”

Soon, Stewart will return to the diamond as the Athletes Unlimited season kicks off in Illinois later this month. She will reunite with This Is Us teammates Cat Osterman, Sam Fischer, and more. She is confident all the AU players will continue to elevate awareness, empowerment, and unity in Rosemont.

Growing up, Stewart didn’t have many softball athletes that looked like her in the sport. While the visibility of Black players like herself remains a focus, Stewart also wants – and demands – that the sport BIPOC players fall in love with is inclusive from top to bottom.