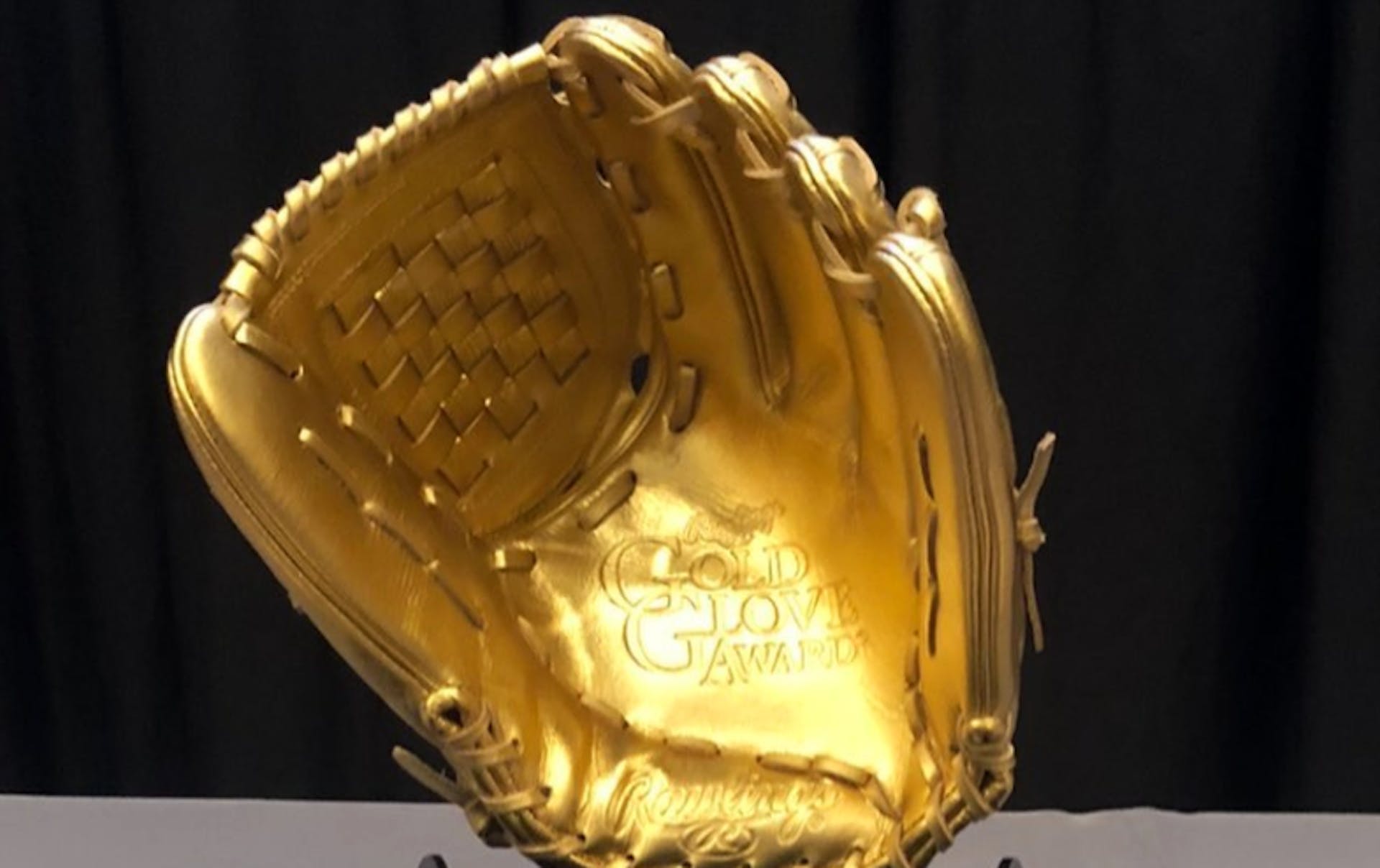 For filmmakers, there’s the Oscars. For musicians, there’s the Grammys. If you field balls all day? The award you aspire to win is called the Rawlings Gold Glove. It’s quite literally a gold glove, mounted on a trophy stand decorated with a plaque of the winner’s face. Since 1957 this award has been bestowed upon the best fielders in baseball. In 2016, fastpitch softball players were recognized for the first time.

Four years after the first fastpitch softball player, A.J. Andrews, received the award, we take a look at its history and the impact continued recognition of female athletes has on the game.

“I’ve always wanted to win it, it was always a dream of mine,” said Jessie Warren, who played third base for the Florida State Seminoles. “Not knowing [if] it was going to be put into softball was a bummer.”
The award has a storied legacy. Greats across many eras of baseball, including Ozzie Smith, Derek Jeter and today’s Nolan Arenado, have been bestowed with the honor. In Major League Baseball, it is awarded based on a vote by the manager and coaching staff of each ball club, who cannot vote for their own players or players in a different league.

While Rawlings has extended the award to different baseball leagues at points throughout history, including the NCAA and the minor leagues, it had not been awarded in softball until 2016.

This did not stop players like Warren from dreaming about winning it.

“It kind of sucked — How come the guys get it and the girls don’t? I was hoping eventually they would do something to tie it into the game,” she said.

For Warren, the competition was bigger than just beating out her fellow fastpitch players. Growing up she became close friends with her coach’s son, Sherman Johnson Jr. who, like herself, played third base. They’d spend hours together fielding balls and rivaling each other on the field.

“Me and Jessie would always go at it, fielding, hitting — we’d just compete,” Johnson Jr., who was drafted by the Los Angeles Angels in 2012, said. He was promoted to the major leagues in 2018 and has since signed a minor league deal with the Pittsburgh Pirates. “I knew Jessie was one of the better ones out there, if not the best out there.”

When Johnson Jr. won a Gold Glove at Florida State University in 2012, the competition was on for Warren to win one too. “I remember taking it to the softball field and showing Jessie. As soon as I did she was like, ‘I’m winning one of those.’ There were no ifs, ands, or buts about it.”

At the time, there was still no Gold Glove available to women, but she kept putting in the work on the field and in the gym, hoping for the best. Then one day, the best happened.

“The first time I heard about it was when A.J. won it,” said Warren, who was pleasantly caught off guard by the decision Rawlings made to extend the award into fastpitch. “[I’m] super grateful [to] Rawlings for that,” she said.

The opportunity was now available to Warren if she could rise to the occasion and earn her place in the history books.

Recognizing the accomplishments of female athletes

While sports history and awards have tended to skew toward male athletes, changes are happening to give women more recognition. In 2018, Danica Patrick became the first woman to host the ESPYS and that same year they closed the show by recognizing female gymnasts with the Arthur Ashe Award for Courage for speaking up about abuse. That was also the first year female athletes won the “Best Game” award, given to the 2018 Team USA ice hockey athletes who earned gold at the Pyeongchang Winter Games.

Making major awards, such as the Gold Glove, more equitable not only elevates the status of the women in these sports, but legitimizes female participation in sports that feel more masculine to the general public, such as fastpitch softball.

Earning a spot in the history books

Warren couldn’t know it yet, but the vow she had made on the diamond while practicing with Johnson Jr. was about to come to fruition. In 2019 her turn came. After years of hard work and outstanding athletic performances she was awarded a Rawlings Gold Glove.

“Just to be recognized at that level and to be compared to some of the best athletes on the men’s side of the game, it was a dream come true,” she said. “A lot of my favorite players had won the Gold Glove last year. It was mind boggling that I had come up with that award.”

While still recovering from her shock at having won the award, she managed to compose herself just long enough to send a very important text message. A simple, “I told you.” Its recipient? Johnson Jr.

“I must have been one of the first texts,” Johnson Jr. said.

Having won the award before, Johnson Jr. knew how emotional this moment was for Warren.

“As a fielder, it’s everything. To win it, you have to be the best at that position fielding wise,” Johnson Jr. said. “It doesn’t matter really what league you’re in, you’re competing against every other person that plays that position. To know that you had the best year defensively among your peers means a lot because you know you’re playing against the best of the best.”

For Warren, it was not only a personal victory, but one she sees as another link in the chain of events that will help women’s sports rise.

“I’m super excited that young girls have something to look up to, not just to play in the league but because there [are] accolades they can strive for now,” said Warren.