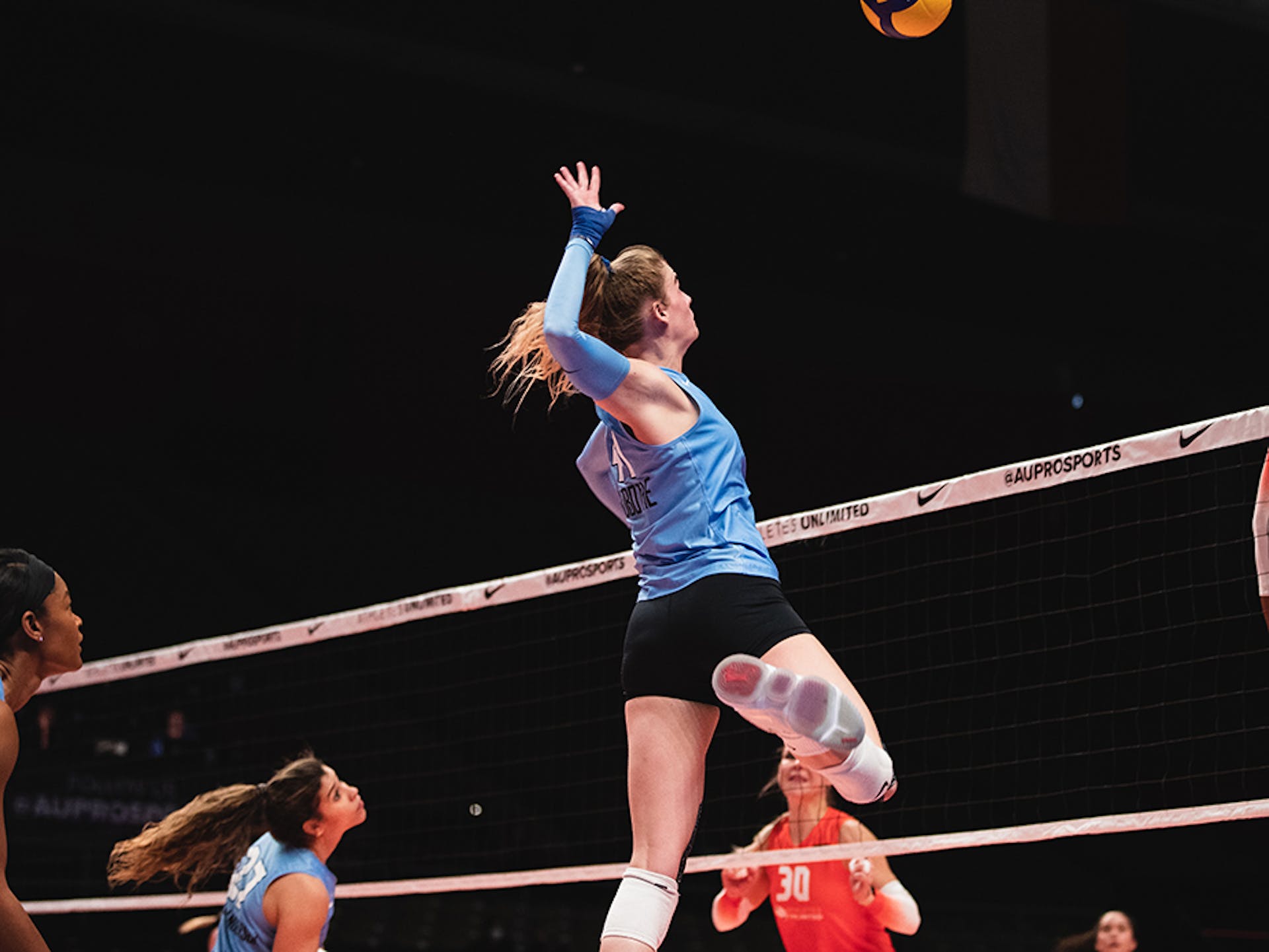 After dropping the opening set by a 25-21 margin, Team Valentin-Anderson responded with set wins of 25-19 and 25-23 to earn the match victory.

Valentin-Anderson authored her league-leading ninth double-double to lead her team in the victory. Stalzer, meanwhile, added a team-high 13 kills to go with 10 kills from Villines. Libero Amanda Benson chipped in 17 digs with three assists.

Team Drews was led by its captain as outside hitter Dani Drews posted her fourth double-double in the last seven matches with a match-high 15 kills and 12 digs. Outside hitter Erin Fairs added eight kills and 10 digs, while setter Ray Santos authored her first double-double of the season with 28 assists and 11 digs.

Team Drews claimed the opening set with a 25-21 victory, using a balanced attack that featured at least three kills from four different players. Team Valentin-Anderson responded with a 25-19 decision in the middle set to claim a two-point match lead as Villines registered six kills. In the third set, Team Valentin-Anderson sealed the victory as Stalzer tallied six kills in the frame.

Team Valentin-Anderson conceded the opening 40 set win points before rebounding to finish with the remaining 140 set win points. Sandbothe, who earned MVP 2 honors, led all players with 320 leaderboard points, while Benson collected 312 points on the strength of receiving MVP 1 distinction. Drews led her team in the loss with 182 points, including 20 points as the MVP 3 recipient.

Where to Watch: Week 2